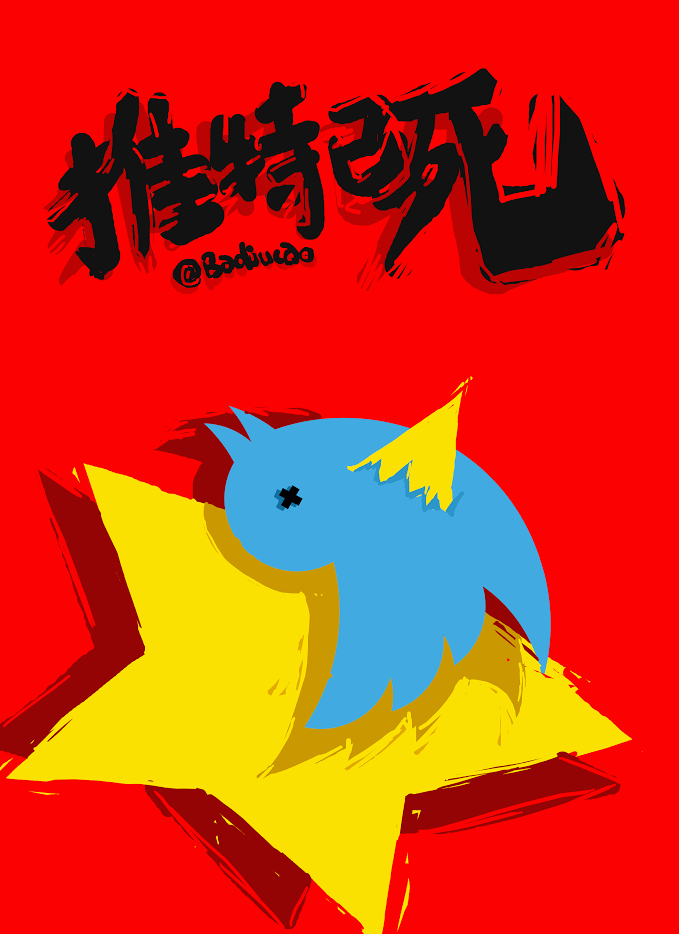 Although blocked since 2009, Twitter has long hosted a sizeable community of users within China, many of whom turned to it after repeated bans or deletions from domestic platforms. The freedom and safety offered by Twitter have always been only relative, however. In recent months, many Chinese users have been detained, often in relation to their tweets themselves, and forced to hand over control of their accounts, carry out deletions or account closures themselves, or pledge to stop posting. Jeff Rambin addressed the ongoing crackdown following labor professor Wang Jiangsong’s announcement this week that his Twitter account would soon be deleted. Acknowledging Twitter’s likely reluctance to entangle itself directly, Rambin proposed an alternative remedy: a “dual key” system under which users could designate a second keyholder, “most likely in another country,” without whose approval efforts to delete their accounts would fail.

In a farewell tweet, Wang said that the deletion was “due to force majeure which you all understand.” Though he said that “the sun will continue to rise,” Wang spoke of the deletion of his account as an “obituary.”

[…] As followers of ChinaChange.org are aware, Wang Jiangsong’s story is far from isolated. It is part of a recent and accelerating crackdown on the use of Twitter by Chinese authorities. On November 9, 2018, Wu Gan’s Twitter account was deleted. That deletion carries concerns of its own, because Wu has been in prison since 2015. What is more, the deletion was unannounced. Yaxue Cao just happened to be online at the right time to see it go down. As with Wang Jiansong, Wu Gan used his Twitter account for the cause of the oppressed. Time and again, Wu rallied support to those who were ignored.

[…] This is about connection and shared burden. When a Twitter user is sitting in an interrogation room facing a demand to delete their account, they should not be alone. The very existence of a second key holder changes the dynamic in that room. If a deletion request is made, the notification to the second key holder will be a pre-arranged call for help. A dual key system turns the table on the interrogator by shining a light into a dark place.

Please, Twitter, do something. Brave dissidents are already risking punishment by speaking. Give them the option of a dual key account to preserve their words. In these trying times give us reason to sing “All people become brothers where your gentle wing abides.” [Source]

China Change’s Yaxue Cao has been observing the deletions since noticing the disappearance of imprisoned activist Wu Gan’s tweets as it was in progress. She wrote last month:

Social media revolutionized Chinese citizen resistance, and Wu Gan was one of the most creative user of it. Not surprisingly, he quickly found himself in the crosshairs of the Chinese government’s censorship organ and was barred from domestic platforms like Weibo, so Twitter became a safe haven for him and other human rights activists. There, they didn’t have to worry about their accounts being deleted, and they expressed their thoughts freely and left a record of their activities and thoughts – Twitter was their open diary.

[…] As you can see, due to his extensive contacts with various groups and his involvement in many incidents, his Twitter served as a veritable history of China’s human rights struggle between 2009 to 2015. Today, while he finds himself behind bars, cut off from any means of communication with the outside world, his tens of thousands of tweets have been deleted with just a single click.

[…] The internet age has made information easier to produce and more convenient to circulate. However, It has also made it convenient for a highly sophisticated dictatorship, like the one in China, to wipe out the memories and records of people and even entire communities in an instant. They have been doing this all along, but in the last two or three years, the censorship has reached unprecedented heights in its scale and intensity.

As of today, I collected 42 tweets from users themselves tweeting about what had happened to them. Some are well-known journalists, dissidents and intellectuals. Others are average tweeps who may or may not be anonymous. Some have been on Twitter for several years, others are new to it. In a few cases, tweeps were given administrative detention of 10 or more days; in at least one case, a user in Chongqing has been criminally detained awaiting charges. Some faced the run-in with police with composure, and others with defiance; still others were scared and quit, or made to quit. Together they tell the unmediated story.

Today I was summoned to my neighborhood police station for retweeting political rumors. I was reprimanded, and made to write a statement of repentance and another statement guaranteeing that I wouldn’t do it again. They deleted my tweets. This handle is going to be abandoned. Goodbye friends. I love you all.

On the afternoon of October 27, three police officers from the neighborhood police station made a surprise visit. The guests and the host quickly exchanged views about Twitter. The police asked me to “delete account” and stop using Twitter. I said that is unacceptable, but I voluntarily promised to self-censor what I say in order to reduce the waste of police resources and avoid upsetting loved ones so frequently. After communicating for an hour, the meeting ended in an awkward but still friendly atmosphere. For the record.

For the last year or so, I have posted nearly nothing on Twitter. Lately there have been tweeps I know who were summoned and forced to delete their Twitter, including quite a few of my friends. So I’m compelled to talk again. Throughout history, in China or elsewhere, the tyrants always think the day will not break if they kill all the roosters that crow at the dawn; everything will be fine if they could make people too afraid to speak. No matter how long the night, we will live to see the dawn. [Source]

A Chinese Twitter user who requested anonymity told AFP that he was taken in by police over tweets critical of the Communist Party.

After being held at a police station overnight, the user was made to hand over login information and watch police delete the tweets.

“You don’t know what kind of crime they’ll sentence you with. There’s no due process, so you feel scared,” said the Twitter user, who was forced to write a letter of repentance and warned against further tweeting.

[…] Chinese Twitter users have been targeted before — one was arrested in 2012 for joking about a building collapsing on a political meeting.

But the recent police activity indicates a more concerted clampdown, triggered by an exodus of users from censored platforms that has resulted in a stronger Chinese Twitter presence, said writer and activist Li Xuewen.

[…] Li said he plans to cut back his Twitter activity, since “speaking out these days is useless anyway”. [Source]

According to Radio Free Asia, activist Shi Jing was detained and fired from his job at a state-owned enterprise over his tweets about detained rights lawyer Wang Quanzhang, and defacement of a portrait of Xi Jinping. Shi’s account was deleted, and his passport canceled. Hui Muslim poet Cui Haoxin, or An Ran, was reportedly detained and ordered to delete his account after posting criticism of the Party’s record on religious freedom. Cui refused. This month, Guangzhou-based activist Huang Yongxiang told RFA that the detentions illustrate the growing scope of efforts to suppress freedom of speech.

The government’s recent attention to Twitter – absent any protests or other social events organized via Twitter as a trigger – signals a new level of suppression of free speech under President Xi Jinping’s repressive rule. Some of those detained have been low-profile users with a small number of Twitter followers, and do not appear to participate in activism offline. A Twitter user who was briefly detained told me that the police showed him a list of Twitter users in his city that authorities planned to “tackle.”

It seems that the authorities not only want to stop Chinese people from speaking out against the government, but also want to scrub from the Internet records of past critical speech. Some of the tweets authorities pressured Twitter users to delete were posted years ago; few would have viewed the tweets had they remained. It strains credulity that Beijing is worried that activist Wu Gan – currently serving an eight-year sentence for subversion – is suddenly going to start tweeting from prison, yet his tweets were first deleted and then his account vanished.

Twitter has been a refuge of sorts for those who can’t bear the censorship on China’s social media. “Here are no sensitive words, no messages that can’t be displayed ‘according to the relevant laws,’ and no risk of having our account shut down at any movement,” wrote Twitter user @gavinleehead, whose account has now been deleted. [Source]