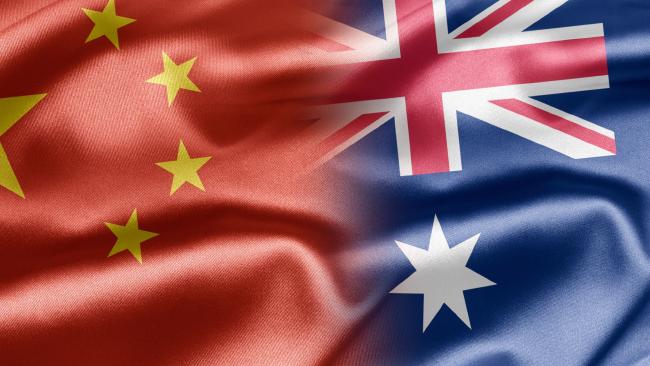 As part of its ongoing campaign against Chinese influence in the country, the Australian government has canceled the residency of Chinese property developer Huang Xiangmo, and denied his application for a passport. He has 28 days to appeal the ruling. Nick McKenzie and Chris Ullmann report for the Sydney Morning Herald:

The Age and Sydney Morning Herald have confirmed Mr Huang is fighting to return to his $13 million Sydney mansion after being notified by Australian officials while out of the country that his long-stalled application to become an Australian citizen has been turned down.

The decision is the first enforcement action to be made by Canberra against a suspected Chinese Communist Party influence agent after the Coalition launched a counter-interference campaign against Beijing in 2018.

The blocking of Mr Huang’s citizenship raises questions about whether Labor and the Coalition should return the almost $2.7 million he has made in political donations over five years.

Senior government sources have confirmed that the Home Affairs Department denied Mr Huang a passport for a range of reasons, including character grounds. They were also concerned about the reliability of his answers in interviews and correspondence with authorities including ASIO [Australian Security Intelligence Organization]. [Source]

In November 2017, Senator Sam Dastyari resigned from the Labour Party after his close relationship with Huang was revealed along with evidence that he had warned Huang that he was being surveilled by Australian intelligence services. In response to these and related allegations of Chinese influence over Australian policy makers, the Australian government introduced a law to limit foreign contributions to political parties, which led to heated debate within Australia. At The Guardian, Amy Remeikis has more on Huang’s activities that made him a target of Australian authorities:

It was Dastyari’s involvement with Chinese donors that prompted the government to launch its anti-foreign interference crackdown, sparking a fight which spilled into the Bennelong byelection and beyond, leaving relations between the two countries tense.

Australia’s position on the militarisation of the South China sea further inflamed the situation. In May 2018 China’s foreign minister, Wang Yi, warned Australia to remove its “coloured glasses” in its dealings with China.

But the decision to cancel Huang’s passport is believed to be one of the first major pushbacks Australia has made against China since passing the anti-interference legislation last year. [Source]

Nick McKenzie and Chris Ullmann profile Huang and the various organizations and political causes he aligned himself with in Australia, including the formation of the Australia China Relations Institute, led by former Foreign Ministry Bob Carr. He also served as chair of the Australian branch of the Peaceful Reunification Council, ostensibly an NGO tasked with improving business and cultural ties between Australia and China but which is reported to be an affiliate of the United Front Work Department, a Party organization that helps manage perceived threats to the CCP:

The activities of Huang Xiangmo, and how Australia’s attitude to him has flipped, give rare insight into how our relationship with China under Xi Jinping is changing before our eyes.

Huang’s gradual fall from grace has been the product of an awakening in Australia, stoked by a few China experts in government, a small group of journalists and an increasing number of politicians. It involves a realisation that the Communist Party’s influence activities are not as benign, and far more entrenched in Australia, as many in government had once believed.

[…] While figures such as Carr later dismissed claims Huang ever had any tangible influence inside Australian politics, and Huang himself has denied seeking any influence, ASIO wasn’t so sure.

By late 2016, ASIO had already warned senior figures in both major parties, including Bill Shorten, Tony Abbott and Malcolm Turnbull, that Huang’s donations should be viewed in light of his ties to the Communist Party. [Source]

Last month, Chinese-Australian writer and former diplomat Yang Hengjun was detained after landing in Guangzhou and is being held under “residential surveillance at a designated location” on suspicion of “endangering national security.”