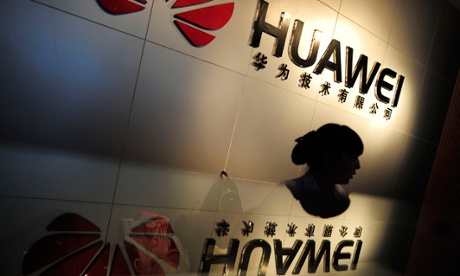 At The New York Times, Charlotte Graham-McLay reports on concerns in New Zealand that relations are fraying with its close ally and top trading partner China, who New Zealand relies on for over USD$10 billion of export trade a year. These worries follow several recent diplomatic upsets–last November, New Zealand joined the ranks of U.S. allies disallowing Chinese telecom giant Huawei from supplying products for its 5G mobile network construction based on national security concerns, following the lead of close ally the United States. More recently, last weekend an Air New Zealand flight was forced to turn a Shanghai-bound flight around, allegedly in effort not to offend China over unmet demands from Beijing to remove any reference to Taiwan from flight paperwork (China has denied these allegations). Meanwhile, New Zealand media continues to report on a years-running investigation into the repeated burglary of NZ-based China-critical scholar Anne-Marie Brady.

On Saturday, an Air New Zealand plane bound for Shanghai abruptly turned around in circumstances that remain unclear. Days later, the launch of a much-promoted tourism initiative planned between China and New Zealand was canceled, purportedly because of scheduling issues for Beijing, despite being planned for years.

[…] “The perception in Beijing is that New Zealand now has uncharacteristically joined the U.S. in containing China by trying to contain its technology companies — and they are prepared to retaliate,” said David Mahon, a New Zealand businessman who runs the investment management firm Mahon China and has lived in Beijing for 34 years.

He added that longtime suppliers of fresh New Zealand products to China had already faced “non-tariff impediments” at Chinese ports.

Amid the growing tensions, Huawei has begun an advertising campaign in New Zealand in which it appeals to the public over the government’s ban on having it supply technology for the country’s fifth-generation, or 5G, mobile data network. […] [Source]

New Zealand’s government is denying its relationship with China has frayed after what opposition politicians say is a series of snubs by Beijing.

New Zealand’s business ministry on Tuesday confirmed it was postponing the launch of a much-touted “China-New Zealand Year of Tourism” project because “changes of schedule on the Chinese side” meant a visiting delegation couldn’t make it to the opening ceremony in Wellington.

“It’s getting harder to dismiss.” [Source]

At The Guardian, Eleanor Aigne Roy reports that Huawei this week took out full-page ads in major New Zealand newspapers attacking the ban on their 5G infrastructure products. Roy also notes the Air New Zealand flight to Shanghai that last weekend was returned to Auckland:

The advertisement reads: “5G without Huawei is like rugby without New Zealand”, referring to the upcoming nationwide rollout of the mobile technology.

[…] The advertisement, in newspapers owned by Stuff and the New Zealand Herald, also claims consumers may miss out on the latest technology and end up paying more.

[…]Huawei’s advertising blitz is designed to appeal to the average New Zealander, experts say, by invoking the national sport – and religion – rugby.

[…] Over the weekend an Air New Zealand flight to China turned back to Auckland after five hours. Some reports suggested the “very unusual” incident was the result of a mention of the contested island of Taiwan in paperwork onboard the plane. [Source]

The ad also appeared on billboards:

Huawei's new rugby ad in New Zealand after regulators there blocked the company from using its 5G equipment. 10 points to the marketing agency, if not the company… pic.twitter.com/5Vebxmintu

Also on Twitter, China and Central Asian history scholar James Millward noted a satire of Huawei’s ad drawing attention to the ongoing humanitarian crisis in Xinjiang, where over a million Uyghur and other Turkic Muslims are being held in a series of re-education camps and invasive surveillance technology is being piloted, some of it reportedly developed by Huawei:

This satire of a Huawei ad in New Zealand shows how China and Chinese firms suffer from the CCP’s atrocious policies in Xinjiang. What happens in Xinjiang doesn’t stay in Xinjiang. pic.twitter.com/ZDRdTK5obf

A report in the English-language Global Times newspaper, a tabloid arm of the Communist party’s official newspaper group, quoted a Beijing resident identified as “Li”, saying that as a result he planned to cancel his holiday to the country and go elsewhere instead.

“Is it a kind of robbery? New Zealand stabbed us in the back but asks for our money? This is double-faced,” the paper quoted him as saying.

[…] New Zealand had close to half a million Chinese tourists in 2018, make it the second-largest source of visitors after Australia. [Source]