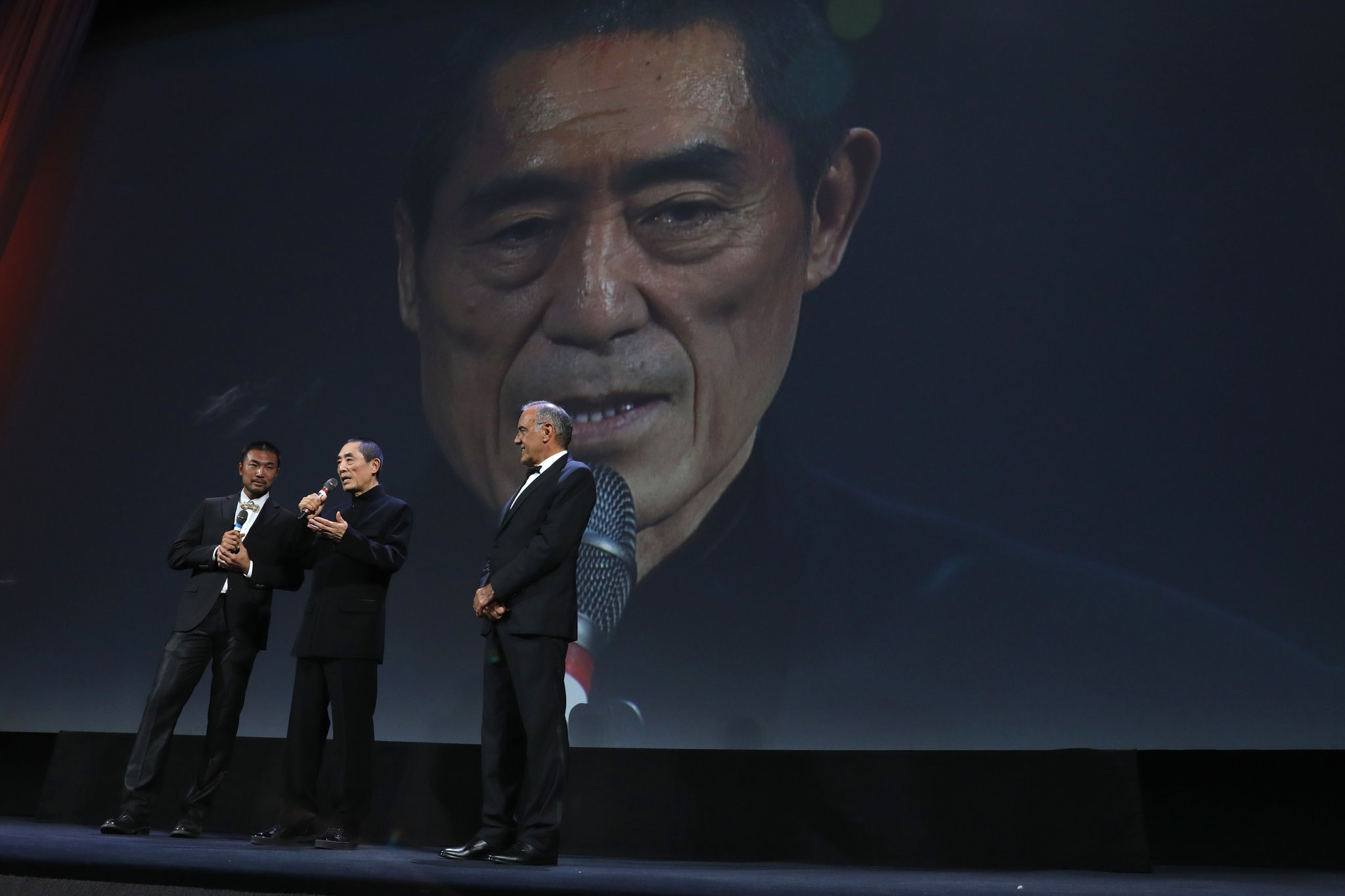 Celebrated Chinese filmmaker Zhang Yimou’s newest film, “One Second,” has been pulled from the 69th Berlinale film festival days before it was set to premiere as part of the festival’s main competition. The abrupt cancellation, official reason provided for it, and the enduring sensitivity of the Cultural Revolution era in which the film is set, has led to speculation that Beijing may be behind the decision. No stranger to falling afoul with Chinese censors, Zhang Yimou has in recent years learned to walk the fine line between free expression and official approval in China, and was chosen as chief director of the opening and closing ceremonies of the 2008 Beijing Olympics. The cancellation of a high-profile Zhang Yimou premiere may be a symptom of Xi Jinping’s ongoing ideological crackdown on the arts. At The New York Times, Amy Qin reports:

A statement posted Monday on the film’s official Weibo account said the film by Zhang Yimou, “One Second,” had been pulled for “technical reasons,” a term often used in China as a euphemism for government censorship. Festival organizers confirmed the withdrawal, stating that the film had been pulled from the competition “due to technical difficulties encountered during postproduction.”

[…] While China’s strict oversight of films is well known, it is rare to see a film pulled so close to its festival premiere. The abrupt reversal caused a stir within film circles in China, and it added to worries about the Chinese Communist Party’s broadening crackdown on dissent and discussion of sensitive subjects.

[…] The difference this time [compared to other Chinese films set in the era in recent years] is that the film bureaucracy has undergone a major shift since oversight of the industry shifted last year to the Chinese Communist Party’s Propaganda Department. The change was part of a broader government effort to tighten controls on the media and the internet in China.

The festival announced that it will screen Zhang’s 2002 martial arts classic “Hero” during the scheduled slot. While “Hero” attracted Zhang official applause, it drew criticism for distorting history and promoting servility.

Coverage from Variety’s Patrick Frater provides further details on the potential political and bureaucratic reasons for the abrupt cancellation. Frater’s report also provides anecdotes from fellow Chinese filmmaker Lou Ye, who has a film playing in the Berlin festival, on the relative difficulty of the censorship process when compared to earlier experiences.

One potential reason is administrative. The so-called “Dragon Seal,” a title card shown ahead of every film confirming that it has cleared all local and national censorship processes, may no longer be enough on its own for a film to premiere at a foreign festival. The film must receive an additional travel permit. Once that is granted, the film’s length and dialog cannot be changed, and additional producers and investors cannot come on board.

This process is understood to have been introduced in 2017, as part of China’s Film Industry Promotion Law, but only to have been strictly applied from this year. It’s believed that the Wang Quan’an film “Ondog,” which played in competition in Berlin on Friday, and the Wang Xiaoshuai film “So Long, My Son,” which premieres in Berlin on Thursday, both obtained exit permits. It’s not clear that “One Second” had completed that extra step.

Other reasons are political. Responsibility for the entertainment sector in China shifted last year from the State Council to direct control by the Communist Party’s Propaganda Department. That has meant a tightening of ideological oversight.

[…] While the fate of Zhang’s picture remains a mystery, one thing is for sure: Festival programmers selecting Chinese movies need to have contingency plans. [Source]

The Straits Times provides a brief summary of the film and its relevance to Zhang’s personal history, and notes that it isn’t the only Chinese film to be pulled due to “technical difficulties” at this year’s Berlinale:

Yi Miao Zhong (One Second) is billed as an intimate portrait of a prisoner who escaped from a labour camp during the Cultural Revolution and is on a trek to see a key newsreel in a rural village cinema, reported Reuters.

[…] The film’s press material noted that Zhang, 68, “was sent to the country as a young man during the Cultural Revolution, an experience he has explored in many of his films”.

[…] The cancellation follows that of another Chinese film, Better Days, which was also withdrawn last week for “technical reasons”.

It was described as a story about disaffected youth and was to premiere in the Generation section.

The news of the film’s withdrawal attracted more than 160 million views on Weibo – China’s version of Twitter – with many people expressing shock that even Zhang, one of China’s most influential filmmakers, would face censorship hurdles after committing to an international festival release.

“Just see what kind of story it tells and you know why it happened,” one user commented.

“Admitting the Cultural Revolution is a mistake but banning people from showing the mistake via an artwork and even prohibiting it from participating in international competitions … what kind of practice is this?” asked another internet user. [Source]

See also a report from Rebecca Davis at Variety outlining the “slow death” of independent film in China due to an “onslaught of hot money luring away talent to commercial projects and intensifying censorship.”