Spotlight Back on Xi’s ‘Positive Energy’ in Arts 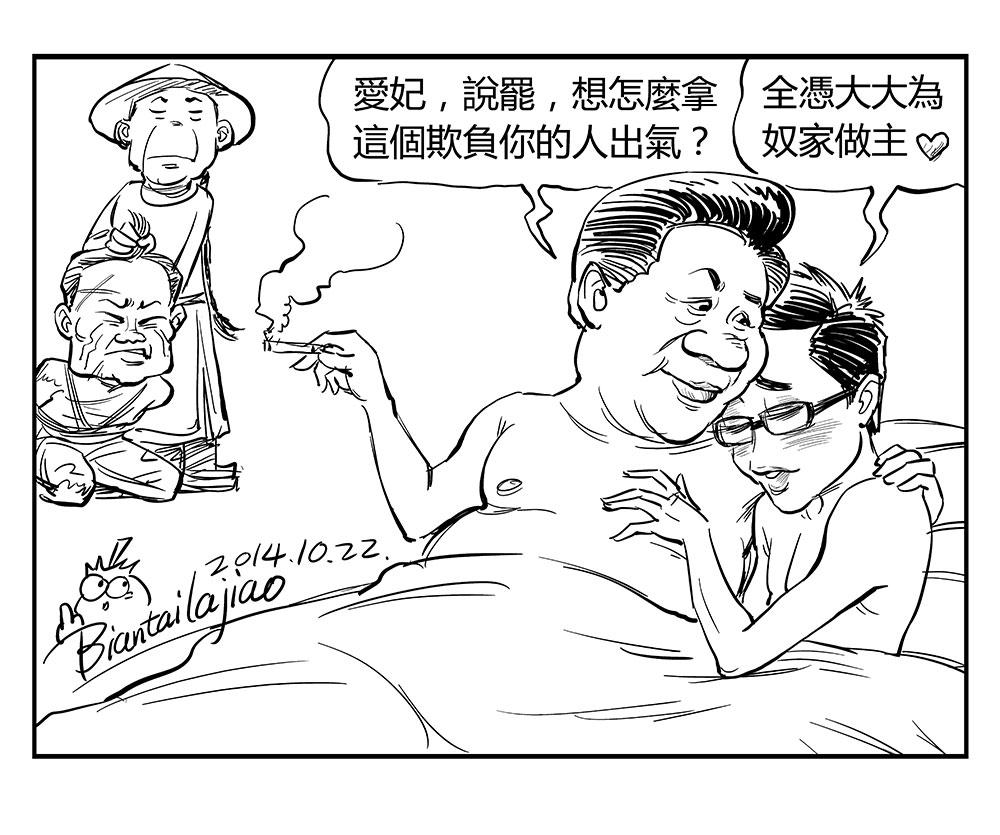 One year ago, President Xi Jinping delivered a speech at the Beijing Forum on Literature and Art in which he called on artists and writers to help promote Party ideology in their work. His comments sparked comparisons with Mao Zedong’s Talks at the Yan’an Forum, which stated that art should serve politics. Xi’s talk spurred media interest in a nationalistic blogger named Zhou Xiaoping, whom Xi called out for his “positive energy,” but who was later ridiculed online for his loose interpretation of historical fact.

A year after the original speech, Xinhua has released the full text of Xi’s talk. The New York Times has translated selected excerpts:

“Our nation’s writers and artists should become the savants, the pioneers, the early advocates of their era. Through more substantial, moral, warmhearted artistic work, they should write about and document the people’s great path, the era’s requirements for progress, highlight the beauty of convictions and integrity, carry forward the Chinese spirit, bring together China’s might and inspire all of the nation’s people of every ethnicity to vigorously march towards the future.”

[…] “In some of their work, some artists ridicule what is noble, distort the classics. They subvert history and smear the masses and heroes. Some don’t tell right from wrong, don’t distinguish between good and evil, present ugliness as beauty, exaggerate society’s dark side. Some are salacious, indulge in kitsch, are of low taste and have gradually turned their work into cash cows, or into ecstasy pills for sensual stimulation. Some invent things and write without basis. Their work is shoddy and strained, they have created cultural garbage.” [Source]

Yet as the Wall Street Journal’s Josh Chin points out, the allegedly full text has been edited from the original, and includes no mention of Zhou Xiaoping, among other things:

At the time, Mr. Xi’s speech at a two-day arts symposium in Beijing last October raised eyebrows for its rejection of “strange-looking” architecture of the kind that has come to define Beijing’s skyline, and for its hat-tip in the direction of a previously obscure anti-American blogger named Zhou Xiaoping. The references to adventurous building design and Mr. Zhou’s patriotic blogging have been omitted from the final version.

Still, there are parallels with Mao’s lecture, given at the Communist Party’s guerilla base headquarters in Yan’an. That lecture is widely regarded by historians as laying the foundations of the party’s early approach to propaganda, with its call for art and literature to be “subordinate to politics” and to serve the interests of the masses. As a result, many artists spent decades churning out often leaden works glorifying socialism – or being exiled to labor camps or the countryside for their inability to do so.

[…] In his speech, while Mr. Xi argued for a return to art in the service of politics, he gave it a modern twist, away from class struggle and toward the striving for national greatness. “Among the core values of socialism with Chinese characteristics, the deepest, most basic and most enduring is patriotism,” Mr. Xi said, according to the new transcript. “Our modern art and literature needs to take patriotism as its muse, guiding the people to establish and adhere to correct views of history, the nation, the country and culture.”

In other words, Mr. Xi said, art and literature should exude “positive energy” — a phrase that was widely publicized last year and that has since become synonymous with government propaganda efforts. [Source]

Television producers seem to be channeling some of that “positive energy” to contribute to Xi’s ongoing image-building campaign with a new 45-part drama series about the village where Xi spent his youth during the Cultural Revolution. Tom Phillips reports for the Guardian:

The drama, called Liangjiahe after the deprived hamlet in Shaanxi province where a young Xi lived from 1968 to 1975, was recently approved by China’s television regulator, state media announced this week.

[…] Anne-Marie Brady, an expert in Chinese propaganda, said the drama appeared not to be the brainchild of spin doctors in Beijing but rather a local initiative designed to cash in on the president’s story.

Still, the fact that Beijing has not quashed the series indicates it is seen as both politically acceptable and perhaps even useful in bolstering the president’s image.

“If Xi really didn’t like it there would be a [propaganda] notice about it given to media authorities saying don’t promote [it],” said Brady, a professor at New Zealand’s University of Canterbury. [Source]

The drama series appears to be the latest effort by officials in Liangjiahe to cash in on its illustrious history. Over the National Day holiday, tourists there were offered a “set meal” similar to one allegedly eaten by Xi when he was a sent-down youth. The cost charged per meal was RMB 860 ($136). Propaganda authorities did not take as kind a view on this effort, and banned related media reports.