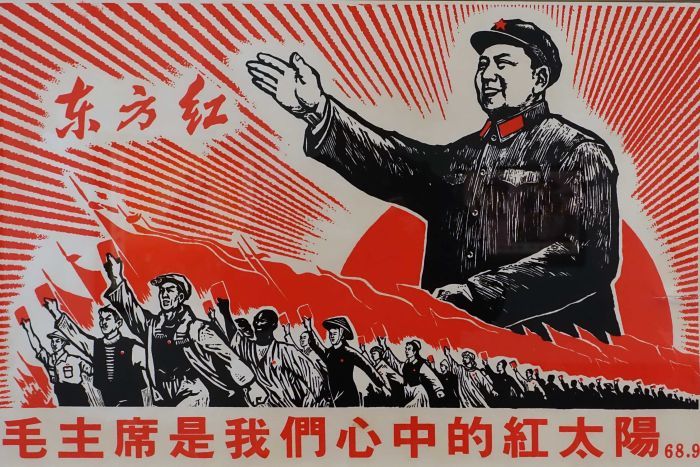 The annual Two Sessions political conference is now underway in Beijing. As is commonly the case during this type of occasion, there has been an uptick in related propaganda. The Guardian’s Lily Kuo reports that the propaganda effort this year is focused to a greater extent on English-language material and original content in an effort to engage both Chinese youths and a larger international audience.

China’s main state media outlets all have special features on the Two Sessions, including videos of “mini Ted talks” by delegates. The People’s Daily newspaper gives readers an option to read and listen to selected quotes by Chinese leader Xi Jinping. China Daily has a quiz on the history of the sessions while Xinhua has unveiled a new female AI anchor to cover the event.

This year’s efforts are especially focused on international audiences. In addition to the rap video, CGTN, the international version of CCTV, published a sleek data interactive showing the number of women in the NPC (about 25%), the average age of delegates (54) and other trivia. In a Xinhua video, two women uncomfortably answer questions as they are quizzed on “fun facts” about the Two Sessions.

[…] “The Party has been putting a lot of effort into strengthening the dissemination of their political messages,” said Caterina Bellinetti, an art historian specialised in Chinese visual culture and propaganda.

“In the past propaganda was mainly inward directed, now, thanks to the internet, any person in the world can be subjected to it or at least experience it,” she said. [Source]

Xinhua posted the following English-language rap music video at the start of the Two Sessions that quickly caught the attention of Western media for its awkward lyrics. Co-produced by rapper Su Han, the song features lines that introduce the Two Sessions and praise China for its most recent achievements.

Another Xinhua propaganda video released around the same time featured foreigners lauding the Two Sessions as an example of Chinese democracy in action. It is one of the many instances where foreigners are recruited to deliver government propaganda. From The Economist:

[…T]here is the odd experience of meeting supposed colleagues who are in fact complete strangers, meaning foreigners employed by Chinese state media, or by obscure Western news outlets that channel Chinese propaganda. Some ask planted questions at press conferences. Others pop up in the state media lauding China’s political system. Xinhua, China’s official news agency, this year put out a video entitled “Chinese democracy in the eyes of an American”. A fresh-faced young man from Chicago, Colin Linneweber, strolls around Tiananmen Square while opining that “it’s widely acknowledged that a key to China’s success is its system of democracy”, and praising the country’s “stability”. He then presents mini-profiles of delegates with such day jobs as farmer, migrant worker and postman, whose proposals for making China better became law. It is tempting to be quite cross with such Westerners. Ordinary Chinese who start praising democracy on the square, a ghost-haunted, massively policed spot, would be instantly arrested. Stability comes at a price, what is more. China’s one-party rule involves more than the absence of messy things like real elections or a free press. It requires active, unsleeping maintenance by state-security agents tasked with tracking, threatening or jailing any who challenge the Communist monopoly on power. [Source]

Other propaganda videos that went viral on Chinese social media in recent weeks include a patriotic song called “Huawei, the beautiful,” sung by a group of children with lyrics associating the love of China with support for Huawei.

These music video productions are part of China’s latest attempt at youth-friendly propaganda. They are an example of the Party’s efforts to adapt to the social media age as it seeks to stem the growth of disaffection among China’s younger generation. State media outlets are now scouring the country for new media talents to help bring the approved Party narrative to Chinese millennials. William Zheng at South China Morning Post reports:

The selection process for this core team, and the provincial operations working under them, is stringent and includes screening candidates for political loyalty.

They also need a background in law enforcement – whether in the police, courts, justice department or prosecutors’ offices – must be familiar with new media platforms such as WeChat or Weibo and, of course, be willing to work the very long hours more common in internet start-ups than government jobs.

Those who make the grade will be sent to Beijing for six months of intensive training before returning home to lead provincial and municipal new media teams.

A source said the process helped the new media centre to “keep the team fresh with the best people from all over China”.

After their training finished they could “bring back the experience gained in Beijing, so we can build stronger provincial teams”. [Source]

Despite the Party’s effort to generate original content and adopt a variety of digital propaganda tactics, its effectiveness remains in question. At China Media Project, David Bandurski explains why it is unlikely for the Party’s message to inspire:

In my view, what we are witnessing here is not a coordinated or well-considered strategy of external propaganda or attempts at foreign influence. What we are seeing is the inevitable outcome of a propaganda system that is cash-rich and culturally and intellectually bankrupt. Leaders understand, on the one hand, that propaganda products must “modernise” and have broader appeal. They must, as President Xi Jinping himself has said, find audiences wherever those audiences are.[…]

On the other hand, this is a political system in which the Party’s own culture dominates in ways that can be all-encompassing, and this is truer today under Xi Jinping than it was even just seven years ago. Despite the image it tries to project — innovation, innovation, innovation — the system is engineered to promote itself, rather than to respond to a fluid culture and society. And in this system, the most important audience is always the Chinese Communist Party.

Even if the stated objective as a matter of policy is to target overseas audiences, this is not what generally happens in practice, because official China is only really interested in its own monologue. Xinhua is not out to please us. It is out, primarily, to please those within the system who foster and finance projects like the “two sessions” rap video — which by my count required 29 people to produce. The resources required are substantial to say the least.

China’s global propaganda campaign can be “audacious,” as scholars Louisa Lim and Julia Bergin wrote recently. But even when they are out in the great wide world, the products that enact that campaign can be astonishingly insular and self-absorbed. This is hardly a recipe for success. [Source]

Elsewhere, Ben Blanchard at Reuters reports that Xi is doubling down on political loyalty amid the Two Sessions and warning against “erroneous thoughts” in what is expected to be a risky year for the president amid sensitive anniversaries, including the 30 year anniversary of the Tiananmen Square protests.

Xi looms large over this year’s session of China’s largely rubber stamp parliament, known as the National People’s Congress, which has always been stacked with people chosen for their absolute fealty to the party.

Government ministers who spoke to reporters on the sidelines of parliament’s opening session on Tuesday peppered their comments with references to Xi – 16 times in all.

[…] “Ideology comes first this year,” said one Western diplomat who is attending the parliamentary sessions as an observer. “It’s all about the 70th anniversary.”

The party has increasingly been making rooting out disloyalty and wavering from the party line a disciplinary offense to be enforced by its anti-corruption watchdog, whose role had ostensibly been to go after criminal acts such as bribery and lesser bureaucratic transgressions.

The graft buster said last month it would “uncover political deviation” in its political inspections this year of provincial governments and ministries. [Source]

Meanwhile, CGTN, the Chinese state broadcaster CCTV’s American arm, is undergoing an abrupt leadership reshuffle, with a number of US-based employees recalled back to China. The shakeup comes after growing scrutiny in the US over the outlet’s media independence and political connections to Beijing. Paul Mozur at The New York Times reports:

Over the past year, the Justice Department has pressured CGTN America to detail its connections to the Chinese state. The Chinese broadcaster has asserted to the American authorities that the Beijing government does not tell it what to broadcast.

[…] In a filing made under the Foreign Agents Registration Act, which requires those doing publicity work on behalf of foreign governments to register with the United States government, Ms. Ma sought to separate CGTN from China’s government. She wrote in the Justice Department filing that the group enjoyed editorial independence from any state control and that it operated like other news media organizations.

[…] When pressed to describe their connections to China’s government and the Chinese Communist Party, groups like CGTN America can find themselves in a bind. United States disclosure laws could require breaking the party’s rules on secrecy. At the same time, denying links to the party could be perceived as an affront in Beijing.

[…] Moving Ms. Ma and others could serve to get them out of the way of any possible legal action, said Jonathan Turley, a law professor at George Washington University. That could also prevent the issue from escalating into a potential distraction from more important issues in China’s relationship with the United States, such as trade talks, Mr. Turley said. [Source]