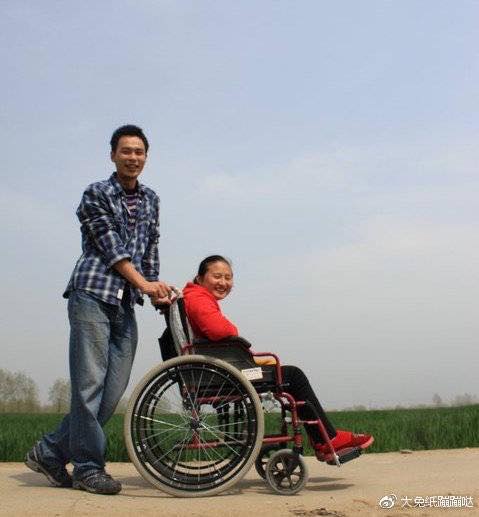 Last week, it was reported that labor activist Wei Zhili was detained in Guangdong and reportedly taken into custody to be “educated” against “disturbing public order.” Wei’s is the latest detention in an ongoing crackdown on civil society activism and workers’ rights advocacy. Wei’s wife, feminist activist Zheng Churan (also known by her pen name Datu 大兔, literally “Big Rabbit”) shared an essay from a former Foxconn worker about her friendship with Wei. The author had come to know Wei while in recovery after jumping from her dormitory at a Foxconn factory in a suicide attempt. CDT has translated the essay in full, including Zheng’s commentary:

*The writer of this article, Tian Yu, suffered an incident in 2010, at Foxconn in Shenzhen, that caused much grief and indignation. She jumped from an upper story of her dormitory. Under her family’s care, and with the solicitude of people from various walks of life, Tian Yu has recovered her strength and is still alive, facing the future. She still has no feeling from her waist down, and relies on a wheelchair for mobility. After hearing that labor rights activist Wei Zhili (Little Wei) has been disappeared for helping workers with pulmonary tuberculosis, she felt very sad, and wrote this recollection. She wants everyone to know what kind of person Little Wei is, and not to forget his story.

Perhaps it’s been too many years and no one remembers, but I can never forget that group of university students who helped me.

It was blistering hot that summer vacation when the university students came to keep me company. I remember the first time they came, bringing a lot of fruit. I wondered about them. I felt that maybe they were like most people who visited, merely going through the motions, so I just said a few polite words.

When it was time to leave, they said they could come back and see me again. I thought it was just talk, and didn’t take them seriously. They said that next time they could bring along an elder brother.

I didn’t really expect them to return. It turned out that elder brother they mentioned was called Little Wei. He was very handsome. My first impression was of an elder who’d graduated university that year, and hadn’t yet experienced much of the real world’s chaos.

He was a funny, optimistic, cheerful boy-next-door type of elder brother. I really enjoyed spending time with him. The students would push my wheelchair and bring me to the garden for some entertainment.

I remember every time I finished a rehabilitation therapy session, I would see big brother Little Wei and the other university students waiting for me in the hospital lounge, braving the summer heat.

Little Wei and the others would bring me to a garden for a stroll, tell jokes, and buy me girly things. Maybe this was because of a few inadvertent words of mine. I might have told them that a big sister journalist came to see me and said that I was a seventeen-year-old little girl, but didn’t have the things a girl of this age should have. So, after hearing this, they bought me many little pink notebooks, pens, and doll type things that a girl of that age should have.

I am a rural village girl. My home conditions aren’t very good. Aside from my father and mother, these students were the first to make me feel spoiled and doted on.

Losing the use of both legs is a very tragic thing. At that time, I had only just managed to start sitting again. I was confined to my wheelchair. I had no feeling from my belly down. The doctor told me that at my age there was still a small chance of a miracle, but at that time I knew that my legs would never recover normal feeling or function. Or at least, that the hope was very small.

They had a profound effect on me. A little girl who’d lost the use of her legs began to know joy again. The corners of my mouth slowly rose. They brought me happiness. They brought smiles back to my face. It was Little Wei and his fellow university students who helped me ascend toward life again, toward the hope in my heart that had seemed dead, toward confidence in a better tomorrow.

Later, whenever I came across some difficulty or problem, I always thought of elder brother Little Wei and the other students. If there was something I didn’t understand, I could always call them or find them on Weixin. Little Wei always knew what to do. They were my irreplaceable friends after I lost the use of my legs. Rather, I should say they were my loved ones, my family.

I cannot understand why the police would take away someone who helped the underprivileged, someone so full of positive energy, and even go so far as to claim that he has been brainwashed.

*Little Wei, please come back soon. All the friends you’ve helped are waiting for you.

I am Little Wei’s wife, Chinese Feminist Big Rabbit Zheng Churan. I implore everyone to please help me disseminate this story in any way possible. Let the world know what kind of person Little Wei is. Let no one forget him. [Chinese]

Amnesty International today released an urgent action notice, calling for appeals for Wei’s release to be written to the director of the Shenzhen Public Security Bureau.