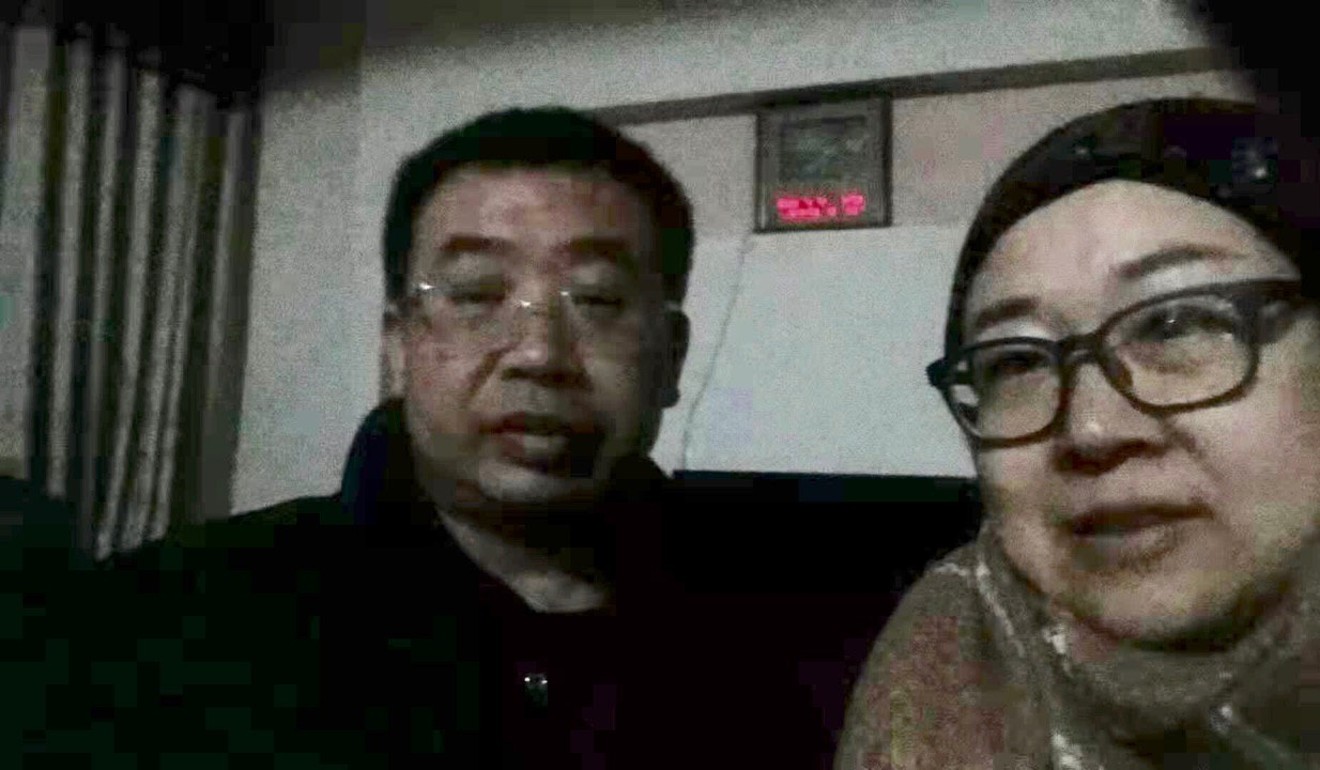 Late last month, rights lawyer Jiang Tianyong went missing after his release from prison, where he had served a two-year sentence following a “choreographed” trial for inciting subversion. His sister and father, who had gone to collect him, also became unreachable. All three reappeared three days later after a reported hunger strike by Jiang, who is now staying at his parents’ home, still under close guard. Jiang’s situation is an example of the “non-release ‘release’” highlighted by NYU law scholar Jerome Cohen as an increasingly common tactic in political cases. On Monday, RFA reported Jiang’s wife’s calls for him to be allowed to join her in the United States to recover from his incarceration:

“I would like to have Jiang Tianyong come to the U.S. to seek medical treatment,” Jin said. “I hope that international rights organizations will carry on … calling for freedom for Jiang Tianyong and the other human rights lawyers.”

[…] “He told me that there were some bastards in there who treated him very cruelly to get him to confess,” Jin said. “They tortured him, and they made him sit on hard, cold concrete for long periods of time.” [Jiang can reportedly no longer sit up straight.]

[…] “His memory has gotten really bad, which is a direct result of the psychological trauma he suffered,” she said. “As a lawyer, his memory used to be excellent and his thinking very nimble.”

[…] U.S.-based legal scholar Teng Biao said Jiang’s treatment was similar to that meted out to many other rights lawyers detained in a nationwide crackdown begun in July 2015.

“Basically this is no different; he has been subjected to torture including sleep deprivation and beatings, and has been force-fed medication,” Teng said. “Even back at the time of his trial, he looked like someone who had suffered mistreatment.” [Source]

Jiang Tianyong is now back in his parents’ home in Henan province, but his wife said he was being kept under close watch by police, with officers following him everywhere he went – even when out shopping or walking the dog – and preventing him from speaking to strangers.

He is not being allowed access to a mobile phone, and visits by relatives, neighbours and friends are being tightly restricted by the police, who have been stationed near his parents’ home in Xinyang to keep round-the-clock watch over the activist.

[…] His wife Jin Bianling and daughter fled to the United States in 2013. Although Jiang’s sentence also included the deprivation of political rights for three years, a source said that this should not affect his freedom to travel.

“If [the authorities] will not allow [a reunion], he is prepared to make his demands known through protests and other forms of activism,” the source added. [Source]