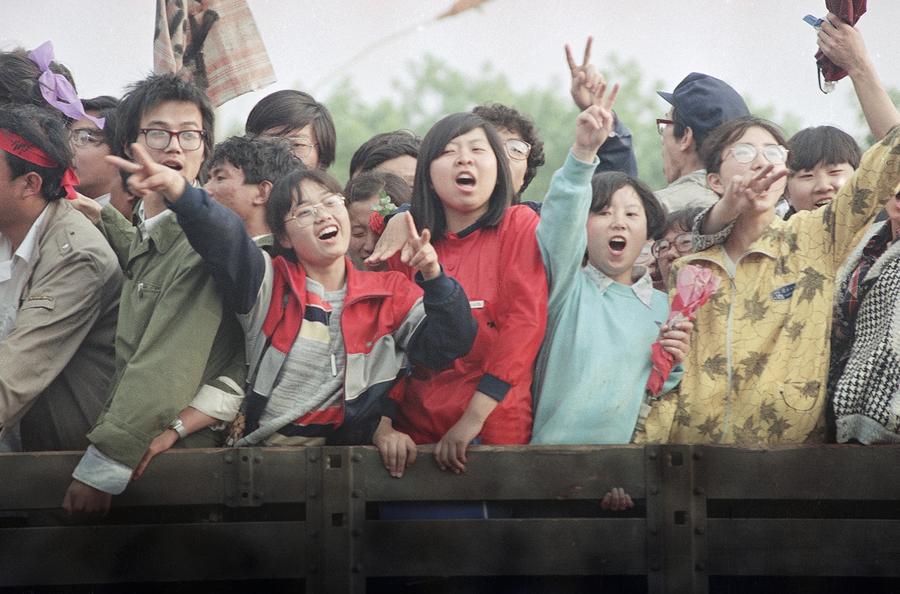 The night before the march, Jia Guangxi and his five roommates at Peking Universitytoasted one another with farewell glasses of wine. “Some of us even wrote last wills,” recalled Jia, 18, an economics major from Inner Mongolia. And why not? Chinese officials, having tolerated eleven days of protests by tens of thousands of students, were darkly warning of a crackdown that would put an end to the demonstrations once and for all.

On Thursday morning Jia rose early, grabbed a megaphone and headed for the headquarters of the student organizing committee. As his classmates poured out of their dormitories, Jia held up his megaphone and shouted quotations from the constitution. “Citizens of the People’s Republic of China enjoy freedom of speech, of the press, of assembly, of association, of procession and of demonstration!” he bellowed. School officials blasted a threatening countermessage over loudspeakers: “Go back to your classes! Don’t give in to pressure from your fellow students! Beware of the consequences to yourself and your family!”

Just outside the university gates was a sight to give even the most determined demonstrator pause: row upon row of uniformed policemen. What happened next will be remembered for years to come. As more than 50,000 striking university students flooded the streets in defiance of government warnings, some 250,000 ordinary citizens joined them, supporting their demands for more democracy. [Source]