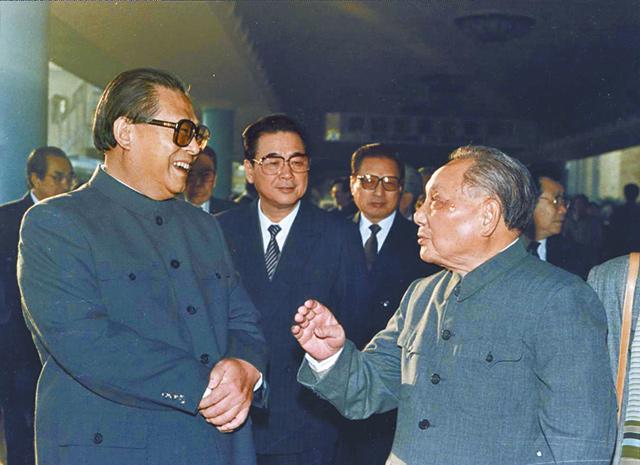 The criticisms were unusually harsh, and many Chinese said they feared that they heralded a campaign of repression against those like Mr. Zhao who favor more rapid political and economic liberalization and more conciliation with pro-democracy demonstrators.

A speech to the Politburo by former President Li Xiannian particularly worried some party officials because it borrowed from the long unused vocabulary of the Cultural Revolution by calling this a ”struggle between two headquarters.”

By day, about 20,000 student demonstrators continue to occupy Tiananmen Square, in the heart of Beijing, but the numbers are diminishing and many of the students are from other parts of the country. Somewhat fewer spend the night at the square.

The declining numbers seem to reflect mostly weariness after almost six weeks of nearly continuous protest, and disgust at the increasing filth on the square, rather than intimidation by the Government polemics. [Source]

See also from the same edition: “Faint Echo of the Cultural Revolution” and “A Tarnished Triumph in China,” and an article from the AP.