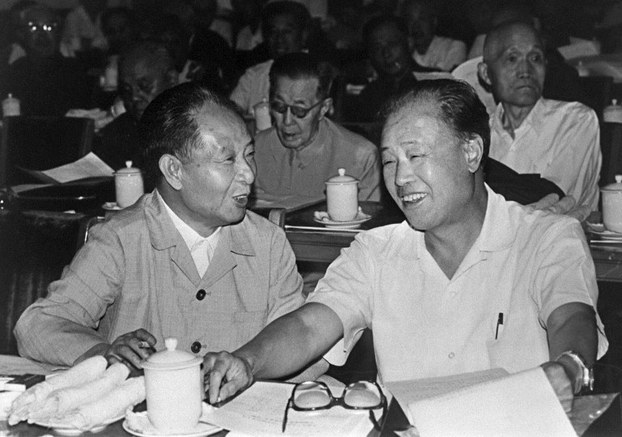 An unannounced Politburo meeting has endorsed the moderate line of the Communist Party leader, Zhao Ziyang, toward student demonstrators, including more discussions with the students and limited steps toward greater democracy, Chinese with high party connections say.

The situation remains extremely unsettled, as the debate over recent student demonstrations continues to reverberate through the leadership and exacerbate the power struggle here. However, three Chinese familiar with the Politburo proceedings say that the result of a tense meeting held on Wednesday and Thursday in the capital was to strengthen Mr. Zhao’s faction, favoring more rapid economic and political change over one preferring a more cautious path.

The result, at least for now, is a reversal in the fortunes of Mr. Zhao, whose influence had slipped greatly over the last year and reached its nadir at the beginning of the student protests last month. Many of the students had worried that their demonstrations might lead to his dismissal. [Source]

Also from the same edition of the Times:

When Mikhail S. Gorbachev arrives on Monday for four days of talks designed to restore normal relations between China and the Soviet Union, he will be cast in the unusual role of champion of democracy.

It is the role that American Presidents like to fill, but there is much more anticipation in China’s democratic movement today than there was on the eve of President Bush’s visit in February. Almost everybody seems to think that the Soviet leader’s visit will do more for democracy in China than Mr. Bush’s trip did, and some believe that the Soviet Union will do more than the United States to inspire political liberalization in China.

[…] The perception of Mr. Gorbachev as an evangelist for democracy might surprise some political dissidents in the Soviet Union, and it has little to do with the real purposes of his talks with Chinese leaders from Monday through Thursday. The agenda of the summit includes trade, economic cooperation and the Cambodian conflict, not democracy and human rights.

And from that day’s Los Angeles Times:

About 1,000 pro-democracy student protesters began a sit-down demonstration and hunger strike Saturday in Tian An Men Square, vowing that unless their demands are met, they will remain through the arrival here Monday of Soviet President Mikhail S. Gorbachev.

The protesters, surrounded through the evening and this morning by thousands of supporters and onlookers, demanded that the government open a formal dialogue with students who since mid-April have staged a series of large demonstrations demanding freedom of the press, improved treatment of intellectuals and an attack on corruption.

“Whether or not our actions affect the Gorbachev summit is up to the government,” Wang Dan, one of the protest leaders, said at an outdoor press conference at the square in central Beijing. [Source]

[This series was originally posted by CDT in 2009 to mark the 20th anniversary of the protests. If you have access to additional sources of original reporting, video, accounts or photos from the spring of 1989, please send them to us at cd[email protected] and we’ll consider including them in this series. Many thanks.]