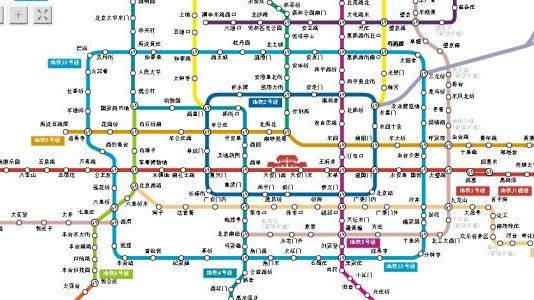 Xinhua last week reported on a new regulatory document from the Beijing Municipal Commission of Transport suggesting that serially rude public transit passengers in the city may soon pay for their behavior with their social credit score. The regulations went into effect this week, and have been translated in full by Jeremy Daum at China Law Translate, who has challenged both this specific and previous, wider reports about the application of social credit scoring.

Passengers found eating or drinking on the Beijing subway who do not stop when asked will face having their actions noted on their social credit score starting Wednesday, according to Beijing Municipal Commission of Transport.

According to the Beijing subway passenger regulations which went into effect on Wednesday, passengers except for infants and those with medical conditions will not be allowed to eat or drink on the subway. Violators who do not stop after being asked to will be asked to get off.

The violation will also be recorded in the violators’ credit record. The violator will be able to correct it by volunteering at subway stations.

The regulations also banned behavior such as one passenger occupying more than one seat and product promoting. [Source]

Several other English-language state media outfits also reported on the regulations in similar fashion, as did official reports in Chinese. See English reporting from Sixth Tone or the Global Times for example.

Replying to a post on the official CCTV Weibo account about the new regulations, many netizens applauded the potential use of social credit to penalize irritating public transit conduct. In response to those who hastily offered support, regular political critic Wuyue Sanren sounded a note of caution:

@WuyueSanren: Seeing some people cheering the inclusion of various uncivilized behaviors in  the “credit system” really makes me feel like we’re in another time.

Is it wrong to eat on the subway, or to play loud music on the high-speed train?

Is it really annoying?

Is the personal credit system a good thing?

Does it have social management capabilities?

But, these two things are not part of the same system, okay? The former’s scope of management belongs to social morality and the general rules of acceptable behavior, and can be punished by administrative management.

The latter is a much more  strict management system that when used to manage the former would be like taking out a thorn with a bone knife–the thorn will be gone, but will inevitably leave a big wound.

Maybe there are some that say that these are troubled times  that call for severe punishment. The problem is, we are neither at war nor is there civil strife. Where are these troubled times? It is simply that many haven’t learned the etiquette and boundaries of  modern life, and it is enough to entrust the relevant departments with the power to penalize. When all else fails, we still have the police.

Adding a sentence. The dog named “Chengguan” has been brought to justice by the police. Next time, don’t mention police force deficiency. It’s shameful.

What’s even more serious is that what was originally meant to be a very authoritative social credit system will no longer meet its original intent once those trivial things are squeezed in there. The entire system’s power and prestige will be reduced. This runs counter to the original intentions behind establishing the system.

Don’t rush to applaud some things. It is inevitable that everyone will make mistakes. In the future, once this system really becomes an even stricter “dang’an” method that records even the most trivial thing you do, it would be too late for you to cry when that day comes.   [Chinese]

As China works to develop its “social credit system”–an ambitious method of building financial, social, and government “trustworthiness” in a society with a significant lack of trust–many Western accounts have reinforced misconceptions about the system, conflating corporate, local, and national schemes, and exaggerating aspects such as the scope of data collection, depth of algorithmic analysis, and prominence of scoring systems. This has resulted in common misrepresentations of the system by Western media as the early implementation of a trend that dystopian futurist Black Mirror writers recently warned of. For a more nuanced and comprehensive look at China’s “social credit ecosystem” see recent commentary from Leiden University’s Rogier Creemers (or a lengthier academic paper on the topic), follow Jeremy Daum’s fine-toothed coverage and in-depth analysis of the legal documents that make up the system at China Law Translate, or read CDT’s digests of ongoing commentary about the emerging system.

According to Daum’s close look at the new Beijing regulations (and his accompanying English translation of the full document), the document doesn’t mention a social credit score:

The new rules do not mention anything about a score, and Beijing has no social credit score system at all to date. Take a look, we did a quick translation of them here https://t.co/fGkjAR9rhu

What they do mention is recording certain misconduct on subways in BJ's Public Credit Information Records- public credit information is information created or obtained by government agencies in normal operations– usually related to administrative permits or penalties like fines.

Specifically, 5 behaviors are mentioned: (1) skipping fares (incl. counterfeiting tickets. (2) Occupying more than one seat in a train compartment; (3) Eating, except for infants and the ill; (4) Marketing and sales. (5) Loudly playing music or video.

Information is only recorded when transit officials ask you to stop these behaviors, you refuse, and then the officials call transit police who will give you an ADMINISTRATIVE PUNISHMENT. This accords with earlier Beijing Public Credit Information Management Rules.

Records of administrative violations are made public for a limited period of time. Likely 3 months to 1 year here. https://t.co/4S9OqyuUJI

The consequences of including this information in BJ Public Credit Information Records is that it can be viewed and considered when reviewing applications for gov permits, services, approvals, jobs, bids on gov. contracts etc. https://t.co/u7KiMnqr8B

One point that Daum has regularly noted when adding nuance to discussion of social credit is that “for domestic stability reasons, China has an interest in overstating its capacity to collect and analyze data […].” This may be the reason that state media emphasized the implications of “uncivilized” transit behavior directly affecting a person’s social credit score, despite the fact that, as Daum pointed put, the regulation doesn’t stipulate that. Another potential reason is implicit in Wuyue Sanren’s response: getting the people to applaud the expansion of power by going after low-hanging fruit–for who takes pleasure in day-to-day transit annoyances? Fellow Weibo user @YueziYue also highlights this point:

Of course I hate the behavior of playing songs or TV series out loud on the subway.

But, linking this behavior to the credit system is in reality a plot to “seek the expansion of power by drawing support from public opinion.”

Now they’ll use credit to punish this, then later once you’re used to it and accept it, they’ll expand credit to cover other unreasonable things. Step by step it’ll develop into a man-eating monster. Finally, all of your individual behavior and free will  will be shrouded by the shadow of this monster.

In the end, the credit system will evolve into a ubiquitous system of power controlling everyone. Once you want to get rid of it, you’ll discover that your attempts to break away from it will itself be punished, you will have to pay a price you shouldn’t have to pay. [Source]

In another reply to the CCTV post, user @GuiChuke forecasts who else besides rude Beijing Metro passengers could soon find their behavior under the jurisdiction of social credit: