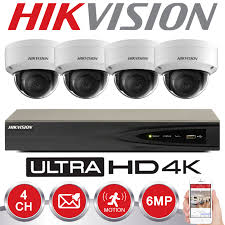 Amid an ongoing trade dispute, the Trump administration is considering placing further limits on several leading Chinese surveillance equipment companies‘ ability to purchase U.S. technology. This comes after the U.S. made moves in recent weeks to increase tariffs on $200 billion in Chinese imports, and enacted a similar restriction on Huawei’s access to American technology (some of which were reportedly eased this week in an effort to minimize disruptions to telecom clients). At The New York Times, Ana Swanson and Edward Wong report on the likely ban of surveillance giant Hikvision’s access to U.S. tech, noting the firm’s role in supplying the surveillance tools used in a massive crackdown on Uyghurs and other Turkic Muslim minorities in Xinjiang:

Hikvision is one of the world’s largest manufacturers of video surveillance products and is central to China’s ambitions to be the top global exporter of surveillance systems. The Commerce Department may require that American companies obtain government approval to supply components to Hikvision, limiting the company’s access to technology that helps power its equipment.

[…] The combination of more traditional surveillance equipment with new technologies, like artificial intelligence, speech monitoring and genetic testing, is helping make monitoring networks increasingly effective — and intrusive. Hikvision says its products enable their clients to track people around the country by their facial features, body characteristics or gait, or to monitor activity considered unusual by officials, such as people suddenly running or crowds gathering.

[…] Adding to those [economic and trade war related] concerns are the global human rights implications of China’s extensive surveillance industry, which it increasingly uses to keep tabs on its own citizens. The Chinese have used surveillance technology, including facial recognition systems and closed-circuit television cameras, to target the Turkic-speaking Uighurs, who have accused the Chinese government of discriminating against their culture and religion.

[…] “Taking this step would be a tangible signal to both U.S. and foreign companies that the U.S. government is looking carefully at what is happening in Xinjiang and is willing to take action in response,” said Jessica Batke, a former State Department official who has done research in Xinjiang and testified before Congress on the issue. “At the same time, however, the ongoing trade war perhaps undercuts the perception that this is coming from a place of purely human rights concerns.” […] [Source]

Early this month, Secretary of State Mike Pompeo expressed alarm in a Fox News interview over risks related to Chinese companies supplying technology in global networks, and mentioned the Xinjiang crackdown as “reminiscent of the 1930s and a real challenge to the United States […].” The years-running Xinjiang crackdown has led to the extralegal detention of an estimated 1.5 million Muslims in internment camps across the region. In a separate New York Times article, Chris Buckley and Paul Mozur report on how high-tech surveillance has become a major driver of the ethnic crackdown in Xinjiang.

The Trump Administration is also reportedly considering several other surveillance equipment companies for the blacklist, including Zhenjiang Dahua Technology Co., another company working on many surveillance projects in Xinjiang. At Bloomberg News, Olivia Carville and Jeremy Kahn report on just how ubiquitous the companies’ products are globally, noting that last August President Trump signed a law banning the U.S. government use of Dahua and Hikvision cameras:

Hangzhou Hikvision Digital Technology Co. and Zhejiang Dahua Technology Co. may not be household names but chances are their security cameras have filmed you. Together, the two companies control one-third of the global market for video surveillance, according to a report by Deutsche Bank AG, with their cameras securing businesses, airports, schools and government offices in the U.S. — and around the world.

In the U.K. for instance, they keep watch over London’s subway system and have, according to news accounts and some lawmakers, been installed within the Houses of Parliament. A House of Commons spokeswoman denied they were on the Parliamentary Estate.

[…] Hikvision and Dahua have already come under scrutiny in the West, with some security vendors refusing to purchase their equipment. One company removed hundreds of Dahua cameras in 2017 after it found a secret back door in the devices, according to Maryland-based cybersecurity company ReFirm Labs. ReFirm also found that company information had been trafficked off-site via the cameras to an unknown Chinese IP address, according to Terry Dunlap, the firm’s co-founder.

[…] The U.S. isn’t the only nation blanketed by Hikvision cameras: it sells them in more than 100 countries — including a contract to provide more than 100 closed-captioned TV cameras and a monitoring system to the parliament of Jordan. […] [Source]

At the Financial Times, James Politi reports that Hikvision has been preparing for Washington to place it on the U.S. export blacklist:

On Tuesday, The New York Times reported that Hikvision was facing a possible designation on the commerce department’s so-called “entity list” of companies with which US groups are severely restricted from doing business.

According to one lawyer working in the field of US export controls, the US government could add Hikvision to that group based both on human rights concerns and for national security reasons, given the nature of the cameras and facial recognition technologies developed by the company. […] [Source]

At Al Jazeera, David Ho reports on claims from Hikvision that they are–and long have been–taking rights and cybersecurity concerns over their activities “seriously”:

“Hikvision takes these concerns very seriously and has engaged with the US government regarding all of this since last October,” a Hikvision spokesperson told Al Jazeera via email. “In light of them, it has already retained human rights expert and former US Ambassador Pierre-Richard Prosper to advise the company regarding human rights compliance.”

[…] Hikvision also said: “Separately, Hikvision takes cybersecurity very seriously as a company and follows all applicable laws and regulations in the markets we operate. The company has its products regularly tested for vulnerabilities and has received certifications for their cybersecurity standards, including the U.S. National Institute of Standards and Technology FIPS 140-2.”

But analysts say the US is using rights issues and concerns over technology theft as cover to pressure China to open its markets to more US goods. [Source]

Following reports earlier this week on the possible blacklist inclusion, Hikvision and Dahua stock plunged in the Shenzhen market.