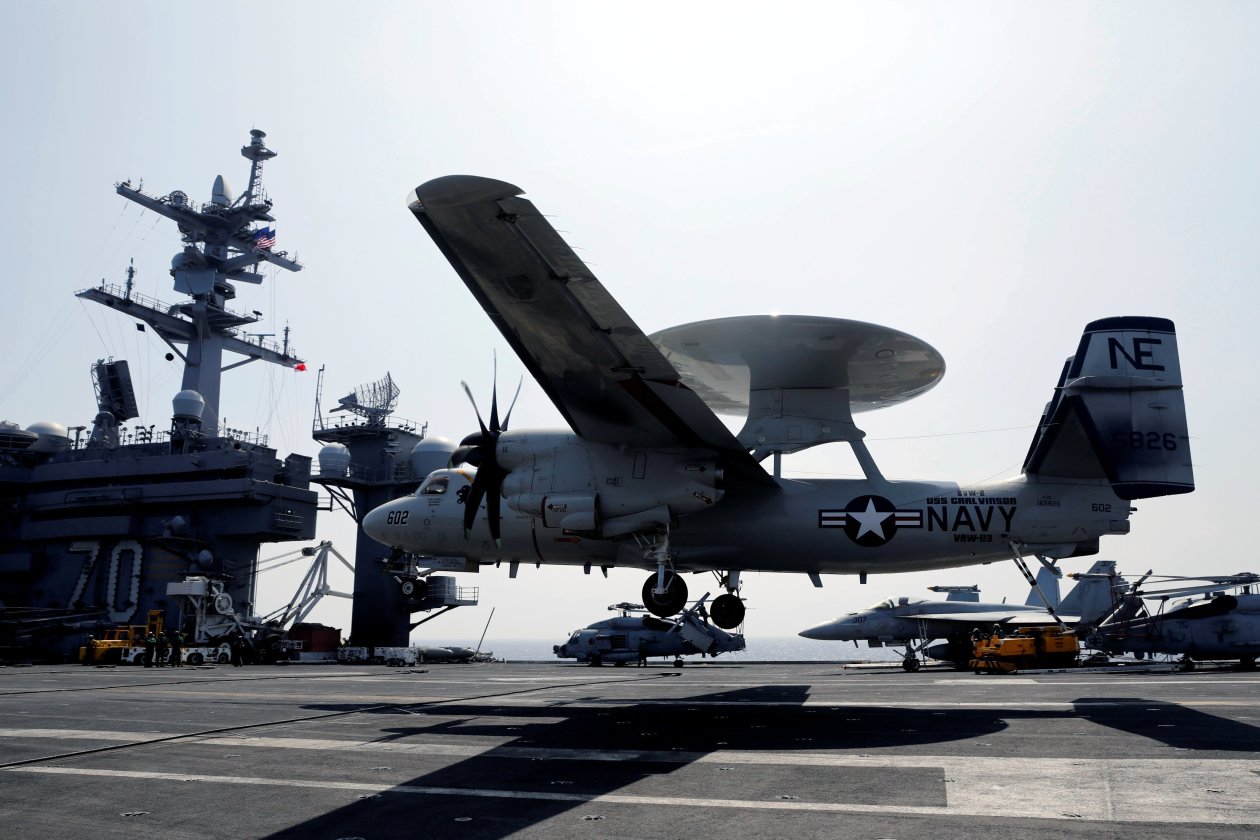 The U.S. House of Representatives has passed a new defense policy bill that will, upon Senate approval, prohibit the U.S. government from purchasing surveillance cameras made in China owing to national security concerns. Dan Strumpf at The Wall Street Journal reports:

The bill, passed Thursday, names several Chinese companies—including Hangzhou Hikvision Digital Technology Co. 002415 -3.28% , which is 42%-owned by the Chinese government and is the world’s biggest maker of surveillance equipment. The company’s cameras were present in Fort Leonard Wood, a U.S. Army base in the Missouri Ozarks, and at one time in the U.S. Embassy in Kabul, The Wall Street Journal reported last year. Officials at Fort Leonard Wood later removed the devices, though the base’s chief of staff said that he didn’t deem the cameras to be a security risk.

“Video surveillance and security equipment sold by Chinese companies exposes the U.S. government to significant vulnerabilities,” Rep. Vicky Hartzler, the Missouri Republican who offered the amendment to the bill, said in a statement. She added that the amendment “will ensure that China cannot create a video surveillance network within federal agencies.” Fort Leonard Wood is located in Rep. Hartzler’s district.

The amendment “was made without a complete accounting of the facts and with no evidence to justify the claims of its sponsors,” a Hikvision spokeswoman said in a statement on Friday. She said the company follows all laws in the countries where it operates, and that it recently opened a lab in California for U.S. and Canadian authorities to review the source code for its products.

Hikvision equipment is used across the U.S., including by small businesses and homeowners, the Journal reported last year. They are used by a police department in Memphis, Tenn., to monitor streets and gather evidence to prosecute lawbreakers. The cameras help the department make up to 100 arrests a year, a Memphis police official told the Journal at the time. [Source]

On Sunday, Hikvision issued a statement calling the House bill “baseless,” according to a report in the South China Morning Post.

The bill also blocks the U.S. from buying devices made by Chinese firms Dahua Technology, Hytera, and ZTE. A 2012 Congressional investigation into ZTE and Huawei had concluded that the Chinese telecom giants do pose national security risks to the U.S. as their equipment can potentially be used for espionage. The investigative committee then recommended U.S. government agencies to switch to alternative vendors.

On the domestic front, Huawei is partnering with authorities in Xinjiang to develop advanced surveillance technology–including facial recognition and digital monitoring–for use in policing and population control in the majority Uyghur region. Huawei’s involvement in state surveillance activities has raised new concerns over the spread of such technology beyond China’s border. Nathan Vanderklippe at The Globe and Mail reports:

Last week, the company agreed to join an “intelligent security industry” innovation lab in Urumqi, the capital of Xinjiang, as part of a government bid to create a cluster of expertise in that field. Such expertise, the local government has said, can serve not only China, but dozens of countries involved in the “Belt and Road Initiative,” Beijing’s sweeping plan to extend elements of its development model and corporate reach far outside its borders.

[…] “Many have said that this region serves as a Frankenstein-like laboratory for the social control technologies and policing tactics that will be used throughout China, and even globally. Now, shockingly, we see the government is essentially saying the same thing – that the Gaoxin District is planning to be a hub for smart security technology companies in Xinjiang, interior China and Central Asia under the Belt and Road Initiative,” said William Nee, Chinese researcher for Amnesty International.

“The surveillance technologies being developed and deployed in Xinjiang today will soon be sold and promoted globally. It is now absolutely vital that the international community take a stand and confront the human-rights violations occurring in Xinjiang as a matter of strategic importance.” [Source]

A man identified by the surname Yu was flagged among a crowd of 20,000 concertgoers after passing through security at the Jiaxing Sports Center Stadium in Zhejiang, an eastern coastal province, according to the South China Morning Post.

Yu has been under investigation since 2015 for allegedly stealing more than $17,000 worth of potatoes, the report said. After he entered the stadium, police were alerted to his presence. “A few minutes after he passed through the security checkpoint, our system issued a warning that he was a wanted person,” said Shen Yueguang, an official from the Nanhu District Public Security Bureau, according to Qianjiang Evening News.

Yu, who had been living under a pseudonym, was arrested by police as he was leaving the concert, the Morning Post said. But if Yu thought that a crowd of thousands of Cheung fans would offer anonymity, he wouldn’t be the first suspect in China to have gotten that wrong. [Source]

Zheping Huang at Quartz writes that the arrest marks the third time in two months that a wanted person had been arrested at Cheung’s concert with the help of facial recognition cameras.

Yu was not the first fugitive who failed to blend in a crowd of tens of thousands due to facial recognition tech—and to be arrested at a Cheung concert. In April, a 31-year-old man, who was on the wanted list for “economic crimes,” was arrested not long after the pop star’s concert kicked off in the southern city of Nanchang. Earlier this month, police nabbed another male suspect, whose wrongdoings were not specified, at a Cheung concert in nearby Ganzhou city.

China is leading the world in the use of surveillance technology, with plans to install 400 million new CCTV cameras (video) nationwide in three years, and to build a facial-recognition database that can identify any Chinese citizen within seconds. In Zhengzhou, a central Chinese city, police began to wear sunglasses equipped with facial-recognition tech to catch suspects earlier this year. The growing state surveillance has raised concerns about the violation of privacy rights (paywall) and the use of the technology to control ethnic minorities.

Cheung is known as the “God of Songs,” and one of Hong Kong’s “Four Heavenly Kings,” the singer-actors who rocked the pop culture world in Asia in the 1990s. Now his unwitting involvement with a string of captures has won him a new nickname on China’s internet: “The Nemesis of Fugitives.”

The arrests underscore a broader effort by the Chinese state to construct a comprehensive nationwide surveillance network aimed at tracking and monitoring the country’s citizens. Unlike in the U.S. where the development of facial recognition tools has been met with skepticism and critiques involving privacy concerns, facial recognition in China has not always received the same public pushback. From Abacus News’ Karen Chiu:

Facial recognition isn’t always welcomed in China. But when it was criticized, most of the time it was because the technology didn’t work well enough — rather than because people found it creepy.

Take the recent case of Didi Chuxing. The ride-hailing company revamped its carpooling services last week, after a driver allegedly raped and killed a passenger. Now drivers are required to scan their faces with the Didi app before taking an order — and passengers need to do the same to get a ride.

The safety measure was designed to prevent account theft. But many users were annoyed — not out of privacy concerns — but because Didi’s technology failed to recognize their faces.

[…] When it does work though, facial recognition is seen in China as a pioneering solution to a wide range of problems. The Ministry of Transport itself said the technology can help ride services protect passengers. Authorities said they found a missing man after an algorithm matched his face with public records. And a high school is reportedly using AI cameras to monitor if students are paying attention in class. [Source]