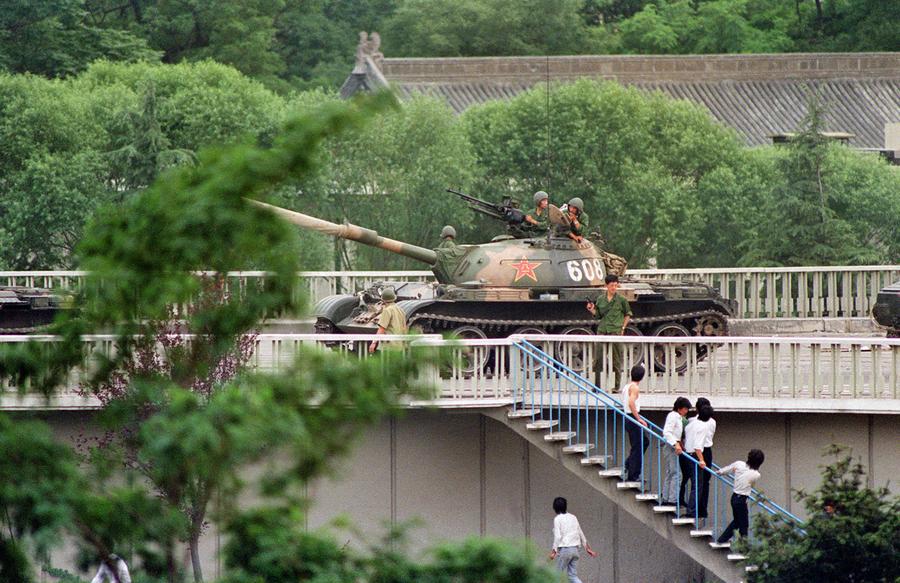 Administration officials estimate that elements of 10 People’s Liberation Army units, totaling 100,000 to 150,000 troops, have been deployed in and around Beijing.

But with the exception of three units, the officials are uncertain to whom the troops profess allegience.

Army groups identified in Beijing include the 27th Army, normally based at Shijiazhuang, southwest of Beijing. It is one of four armies assigned to the Beijing Military Region. The 15th Airborne Army, part of China’s strategic reserves based in Wuhan in central China, is also in the capital. It and the 27th conducted the attack on the students on Sunday. Other Beijing region units around the city are the 28th, 38th, 63d and 65th Armies. The 38th refused to use force against the students when martial law was declared three weeks ago and is reported to be one of the units now in a stand-off with the 27th and the paratroopers who hold the city. [Source]