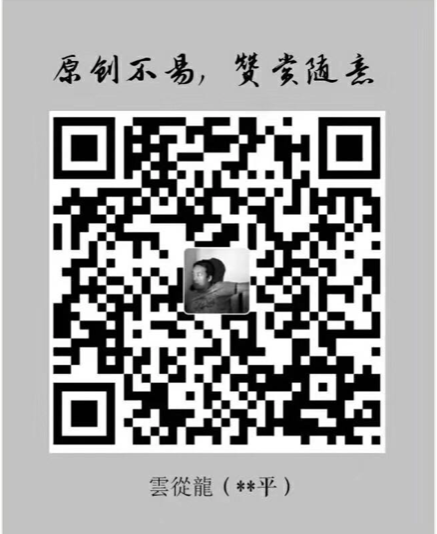 As Beijing and Washington continue ratcheting up their rhetoric while keeping their eyes open for an opportunity to restart stalled trade talks, last week Fox Business News host Trish Regan and CGTN anchor Liu Xin took a Twitter debate over the ongoing trade war to the air. The two anchors squared off for 15 minutes on prime-time television, garnering attention from Chinese state censors and achieving trending status on Weibo for a debate that some commentators saw as largely falling flat. The following essay, written as a reflection on the debate and censored in China, gives an example of what a liberal Chinese intellectual is thinking about the ongoing trade war:

Yun Conglong (云从龙): Since Things are Already Like This, What’s the Point of Further Discussion?

When I was eating dinner last night a friend messaged me, asking: “what do you think about that debate between Liu Xin and Trish [Regan]?” I replied: “very good.” I was then asked: “is that all?” I replied: “yes, that’s it.”

Since things are already the way they are, what is the point of further discussion? A few days back I read an article, its basic idea was that all of society, especially intellectuals, should actively participate in the great discussion about the trade war. I couldn’t help but sneer, intellectuals want to, but will they dare [to discuss]? In case emotions come up, or a few curse words are said, provoking one’s water meter to be checked, what would one do then? It’s not that this type of situation hasn’t occurred in recent years. One has no more than offered a few sentences of critique or aired a few grievances, and readily one gets paraded through the streets, expelled from civil service–and if that’s not enough, brainless students have also been incited to report. In this type of situation, who would dare to offer an opinion on the nation? That would be looking for trouble when one has already eaten more than their fill. Then again, taking a step back, so what if one does not discuss, care, speak, hear, or ask? I think it’s just fine.

Back in the day Chairman Mao and Vice-chairman Liu were bickering nonstop, with one insistent on a “Great Leap Forward” and the other refusing to support it. In the end, Chairman Mao raised his hand and waved: No more bickering, I will be here to hold up the sky if it were to collapse. I take full responsibility if things go wrong. Amazing! Forty million people simultaneously wept, not one of them a man. I finally met a good man.

Except, it took the bones of 30 million for a single good man, is that price not a little bit much? Only a few years have passed, and these painful consequences have already been forgotten?

What I hate the most is that some people associate the trade war with the so-called fate of the nation. This and that. I really don’t understand how a trade war concerns the fate of our nation. Eighty years ago, when China and Japan were quarrelling as irreconcilable adversaries, this is what affects the fate of the nation. Because there wasn’t a choice, we could only put on a bold face and continue on. The trade war isn’t like this, it is entirely possible not to fight, entirely possible to keep a low profile and amass wealth quietly, but I didn’t expect we’d take the complete opposite path. Do we really think we are strong enough to go it alone. And the results? Our original hand was pretty good, but from the performance of more than two years, it is clear that the cards have been completely soiled. It’s not that the cards themselves were bad, it’s just that someone was eager to have the lead, forgetting that the other side could have a king.

Some aren’t convinced, they say since this has nothing to do with the fate of the nation how come they plan to live on a budget? The reason is quite simple, the cards have been played badly, there are no more kings to draw, one can only get by with what one has. One might get away with enough personal luck but might end up harming one’s teammate, dragging them into trouble. The trade war is just like this, so-called tight-budget days, you think his majesty has removed the imperial banquet and from now on you’ll just be eating corn bread with the rest of the people, for better or worse. But no, it’s you who will have to eat cornbread, all those garlic chives [a netizen-created term referring to the powerless masses] will have to eat cornbread while the emperor and his slaves still eat heartily, cheerfully and unfettered, going about their lives in magnificent carriages drawn by precious horses.

It doesn’t matter if it’s related to the fate of the nation. On the contrary, it  is related to the fortune of the larger society, that is the essence. In China’s history, since the establishment of the Qin Dynasty, the mode of operation of authority has never changed, even up until now. Many times, the things that are presented to us are not real, but what is hidden from our sight is real. Many times, what looks calm on the surface in reality has a strong undercurrent. Many times, it appears to be a people united in one heart, one voice, one mouth, facing in one direction; In reality, even though there is an appearance of unity, every mind thinks alone. When you see the bottom of the iceberg floating on the surface of the sea, history and its ending has already long been decided.

The strange thing about history is that by the time a person with ambition has made it to the center stage, their opponents have already been picked. There is no system is made of iron, and more importantly nobody can occupy the central stage of power forever without facing their own curtain call.  [Chinese]