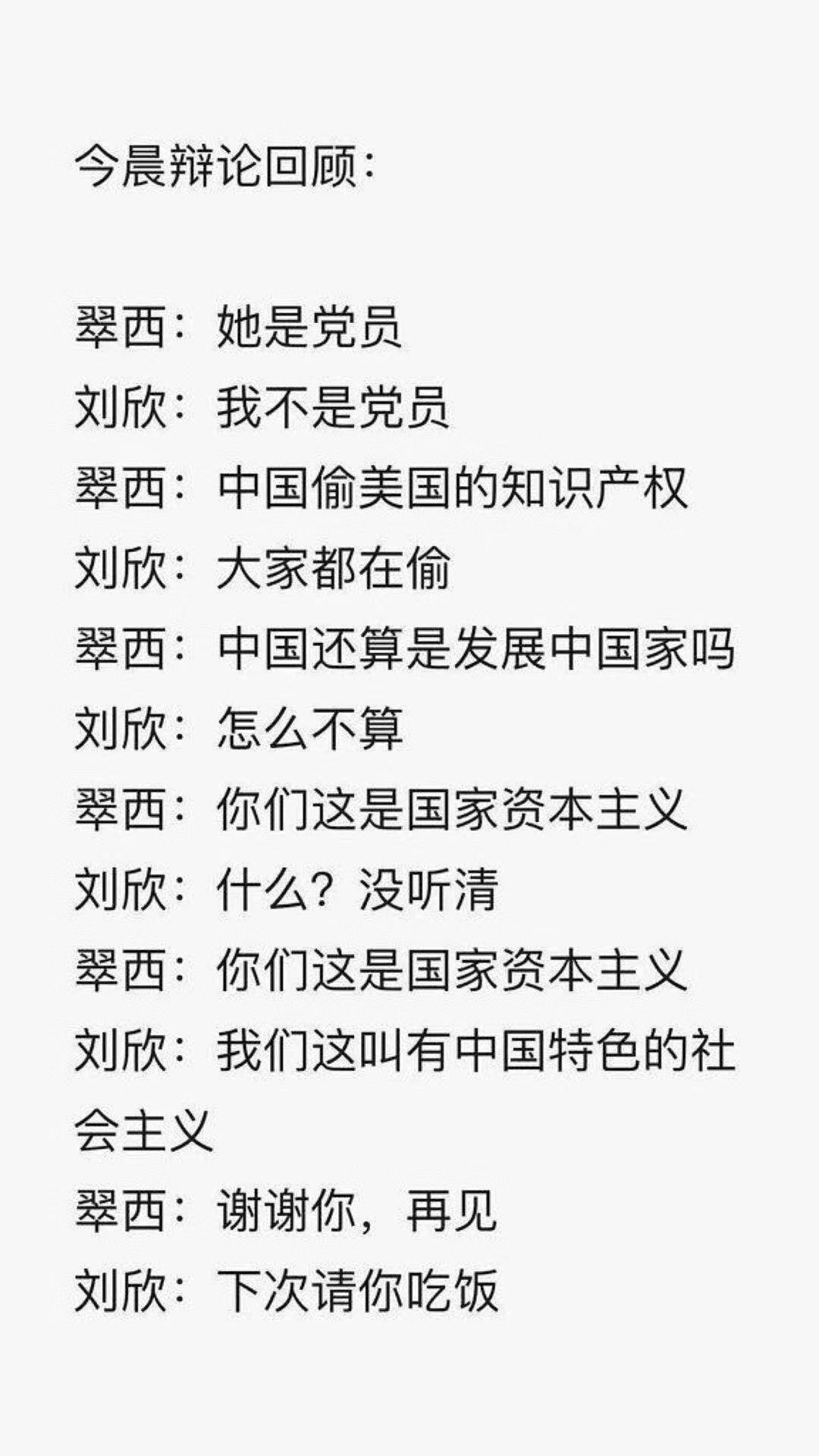 All websites: Regarding the debate between CGTN China International Television Station’s female anchor Liu Xin and a female anchor from the American Fox Business channel, only republish authoritative CGTN content. Do not quote foreign media reports without permission. (May 30, 2019) [Chinese]

On Wednesday, Liu Xin, an anchor on the state broadcaster CGTN, staged a debate with Fox Business News host Trish Regan. The meeting followed a Twitter dispute between the two over the U.S.-China trade war.

I hear you. Will get back to you very soon. But I don't want to play any mud throwing game, if that's what you prepare to do. https://t.co/ytXZN5Lk2m

Liu has been critical of Regan’s China coverage and Regan has taken up the challenge, calling on Liu to have an honest debate.

“She’s so sure of U.S. victimhood, so indignant that her eyes practically spit fire, yet in carefully analysing her words, it’s all emotion and accusation, supported with little substance,” Liu said of Regan on CGTN.

Liu accused Regan of being “emotional” and misidentifying facts after Fox Business said in a May 14 report that China steals $600 billion in U.S. intellectual property annually.

“They’re launching a full-scale information war against the United States of America, and their latest target is me,” Regan said on air and on Twitter this week. [Source]

CGTN is the international arm of state broadcaster CCTV and one of the primary channels through which the government attempts to wield influence overseas. The U.S. Department of Justice has required it to register under the Foreign Agents Registration Act; while company executives claimed that it operated independently of the government, that claim has been widely disputed. In the U.K., CGTN is under investigation for broadcasting coerced “confessions” of political prisoners in alliance with the government. Fox News audiences are generally supportive of President Trump and the Republican Party.

The debate itself, which was closely watched on Weibo and other Chinese online forums, fell flat after the build-up. Amy Qin at The New York Times reports:

On Thursday morning in China, the debate was the second most popular topic on the Chinese social media platform Sina Weibo. Many Chinese grumbled that the debate seemed more like an interview. Others criticized Ms. Regan for repeatedly interrupting Ms. Liu.

“How can an American-educated professional lack so much basic morality and etiquette?” wrote one user. “Of course she can disagree, but she should do it respectfully. It’s clear that the Americans are unreasonable.”

Ms. Regan, many said, clearly dominated the conversation. Still, experts said that by having a Chinese state media host on her show, Fox provided the Chinese Communist Party with a platform to broadcast its views in America, where Beijing’s efforts to project soft power have had limited success.

“It seemed like the strategy was to show up, be open, showcase yourself and show that China is open,” said Maria Repnikova, assistant professor of global communications at Georgia State University who researches Chinese media. “Seeing someone speaking perfect English and answering questions in an open and eloquent way is already a very different China than most Americans are used to seeing.” [Source]

A summary of the debate which went viral online illustrates the lack of anticipated contention or confrontation: 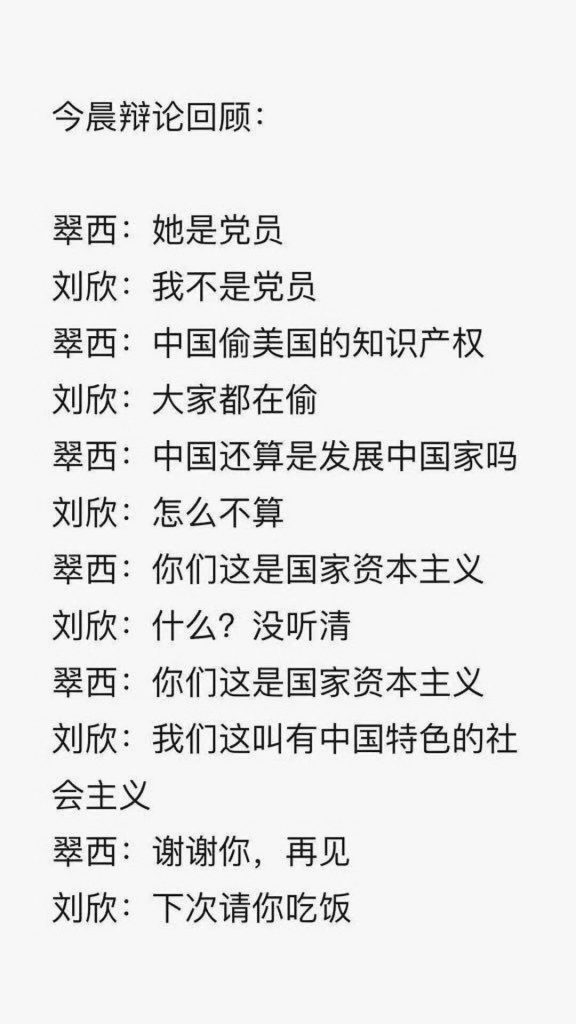