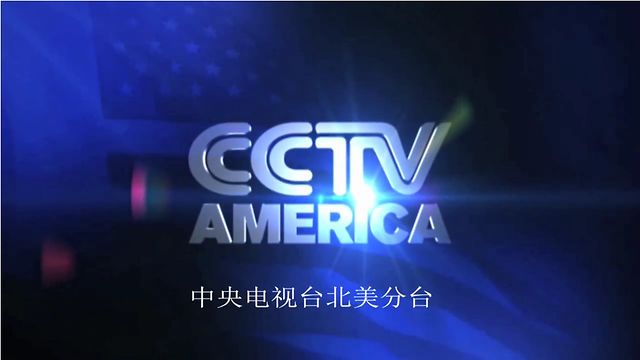 In a lengthy investigative piece for The Guardian, Louisa Lim and Julia Bergin look into the ways the Chinese government is exerting their influence on media abroad, through a multifaceted approach that includes offering generous salary packages to recruit talented journalists away from local media in Africa, Latin America, and elsewhere; buying advertising supplements in mainstream foreign publications; buying foreign media companies outright; and making deals with local broadcasters in Africa and elsewhere to spread their content in local markets. While the Communist Party has always maintained a tight grip over domestic media, their strategy has shifted in recent years to spread that control globally. In February 2016, President Xi Jinping toured state media outlets and emphasized that they must “speak for the Party,” and, further, that they must expand their influence abroad in order to “tell China’s story to the world.” Lim and Bergin write about the bigger ambitions embedded in this policy strategy:

Since 2003, when revisions were made to an official document outlining the political goals of the People’s Liberation Army, so-called “media warfare” has been an explicit part of Beijing’s military strategy. The aim is to influence public opinion overseas in order to nudge foreign governments into making policies favourable towards China’s Communist party. “Their view of national security involves pre-emption in the world of ideas,” says former CIA analyst Peter Mattis, who is now a fellow in the China programme at the Jamestown Foundation, a security-focused Washington thinktank. “The whole point of pushing that kind of propaganda out is to preclude or preempt decisions that would go against the People’s Republic of China.”

Sometimes this involves traditional censorship: intimidating those with dissenting opinions, cracking down on platforms that might carry them, or simply acquiring those outlets. Beijing has also been patiently increasing its control over the global digital infrastructure through private Chinese companies, which are dominating the switchover from analogue to digital television in parts of Africa, launching television satellites and building networks of fibre-optic cables and data centres – a “digital silk road” – to carry information around the world. In this way, Beijing is increasing its grip, not only over news producers and the means of production of the news, but also over the means of transmission.

Though Beijing’s propaganda offensive is often shrugged off as clumsy and downright dull, our five-month investigation underlines the granular nature and ambitious scale of its aggressive drive to redraw the global information order. This is not just a battle for clicks. It is above all an ideological and political struggle, with China determined to increase its “discourse power” to combat what it sees as decades of unchallenged western media imperialism.

At the same time, Beijing is also seeking to shift the global centre of gravity eastwards, propagating the idea of a new world order with a resurgent China at its centre. Of course, influence campaigns are nothing new; the US and the UK, among others, have aggressively courted journalists, offering enticements such as freebie trips and privileged access to senior officials. But unlike those countries, China’s Communist party does not accept a plurality of views. Instead, for China’s leaders, who regard the press as the “eyes, ears, tongue and throat” of the Communist party, the idea of journalism depends upon a narrative discipline that precludes all but the party-approved version of events. For China, the media has become both the battlefield on which this “global information war” is being waged, and the weapon of attack. [Source]

As Lim and Bergin describe in their article, a key tactic used by state media is to offer generous incentives to foreign journalists to work for Xinhua, China Global Television Network (CGTN), and other state outlets in order to help China “tell its story.” Some journalists recall being asked to cross a sometimes blurred line between news reporting and intelligence gathering as they were asked to report on high-level government meetings, including one between then Canadian Prime Minister Stephen Harper and the Dalai Lama. In an article for The Print, Ananth Krishnan looks at Beijing’s practice of inviting non-China based journalists on a well-funded junket to the country in hopes of gaining favorable coverage:

For 10 months every year, starting 2016, China’s foreign ministry has hosted around 100 foreign journalists from leading media houses in Asia and Africa. They have been given the red-carpet treatment: apartments in one of Beijing’s plush residences, the Jianguomen Diplomatic Compound, where a two-bedroom apartment costs 22,000 Yuan (Rs 2.4 lakh), a 5,000 Yuan monthly stipend for some (Rs 50,000) and free tours twice-every-month to different Chinese provinces. They are also given language classes and at the end of the programme, they are given degrees in international relations from a Chinese university.

Perhaps above all, they are given what other foreign correspondents in China are usually denied — access to Chinese government officials and ministries.

The participating journalists are accredited with these press centres — and not their own media outlets — which limits the scope of their coverage and travel in China. During the 10-month stay, they cannot undertake individual reporting trips unaccompanied by government minders — as they are not independently accredited — and are hence hamstrung from reporting on issues seen as “sensitive”, from human rights to Tibet and Xinjiang.

[…] One Indian correspondent accredited in Beijing says this initiative could certainly impact the quality of foreign media coverage and also exposes itself to conflicts of interest, “as it will push media organisations that are spending money for China coverage to instead take up this kind of offer. It is also unfair to Indian media and journalists who are posted in Beijing independently, often at great cost”. He points out that the fellowships do indeed limit the scope of coverage. For instance, fellows were permitted to visit Tibet and Xinjiang without facing the usual obstacles, but subsequently chose not to write stories highlighting the problems in both the places. [Source]

This influence extends to Chinese-language media based abroad, much of which used to be independent of Beijing. A recent report on China’s encroaching influence over various sectors of American society by the Hoover Institute noted the government takeover of much of the Chinese-language media in the U.S., saying, “China has all but eliminated the independent Chinese-language media outlets that once served communities in the United States, through a mix of co-option and aggressive expansion of its own competitors.” The U.S. government has pushed back against state media operating in the U.S. by forcing the two largest media, CGTN and Xinhua, to register as foreign agents. In Africa, concerns have been raised recently, notably in a post by Emeka Umejei of University of the Witwatersrand in Johannesburg, South Africa, about how Chinese investment in the internet infrastructure will negatively impact free expression in the region.

Read more about the Chinese government’s external propaganda and its efforts to export censorship, via CDT.