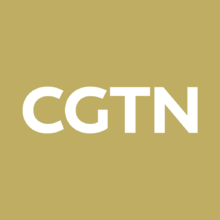 The U.K.’s media regulator Ofcom has launched an investigation into China Global Television Network (CGTN), the overseas arm of China’s official broadcaster, over allegations that it aired forced confessions. The complaint was filed by Peter Humphrey, a British citizen who, along with his wife, was imprisoned in China before being forced to “confess” on CGTN. Hamas Gold at CNN Business reports:

Humphrey has accused China Central Television (CCTV) and its international division, China Global Television Network (CGTN), of airing and distributing what he describes as a forced confession.

“We have decided to investigate a fairness and privacy complaint about news programmes broadcast on CCTV News,” a spokesperson for Ofcom said in an email on Wednesday.

“If we find our rules have been broken, we will take the appropriate action,” the spokesperson added.

Ofcom can impose fines on media outlets and pull the broadcast licenses of television networks that breach UK broadcasting standards. CGTN is available in the United Kingdom. [Source]

RSDL Monitor, a human rights organization, has reported that a similar investigation has been launched at the behest of Swedish citizen Angela Gui, whose father Gui Minhai is currently detained in China and who also was subjected to a forced confession on CCTV:

One day after Ofcom launched an investigation of Chinese State TV broadcaster CGTN, after a complaint filed by victim Peter Humphrey and Safeguard Defenders – it has now launched a second investigation of the same broadcaster based on a complaint filed by Angela Gui and Safeguard Defenders concerning two Forced TV Confessions by imprisoned/disappeared Swedish bookseller Gui Minhai.

Since Gui’s last TV confession in 2018, China has continued to extract and air such televised “confessions”, domestically as well as internationally. Gui’s last confession was also broadcast on CGTN Francais in French, and two Canadians, a Chinese journalists (and his family members), a uighur poet and even a judge on China’s supreme court – who is still missing – has been paraded on TV ‘confessing’ to crimes they have not been convicted, or even arrest, for. The use of these confessions have slowed since its height 2016, but remains a continuously used tool by the Chinese state. [Source]

Patricia Nilsson of the Financial Times looks at the investigation in the context of other similar cases:

The case is unusual as Ofcom has exempted Mr Humphrey from its usual requirement that complaints be lodged within 20 days after a broadcast, given that he was incarcerated and later battled post-traumatic stress disorder, which Mr Humphrey said was caused by his jail term.

A similar Ofcom investigation into Press TV, an Iranian news network, ended with its UK licence being revoked in 2012. The decision, along with a £100,000 fine, was imposed after the network had broadcast an interview with an imprisoned British journalist, Maziar Bahari. Ofcom concluded the interview had been conducted under duress. [Source]

Last year, Safeguard Defenders issued an in-depth report looking into the methods, motives, and consequences of the televised forced confessions, which have been used regularly in recent years against journalists, activists, lawyers, and others detained for political reasons. Gui, a Hong Kong-based publisher specializing in salacious books about China’s leaders, was detained from his vacation home in Thailand in 2015, and his whereabouts were unknown until he appeared on CCTV in January 2016, giving a confession which his supporters widely believed was coerced. Humphrey, a corporate investigator, was detained in 2014 and sentenced to two and a half years in prison for allegedly buying personal information about private citizens. He was later released early. Footage of him “confessing” was broadcast on CGTN, but he claimed he was “drugged, chained to a chair, locked in a cage and then made to read out a statement written by the police in front of the cameras.”

The U.S. Department of Justice requested that CGTN register under the Foreign Agents Registration Act. In their filing earlier this year, CGTN stated that they maintained “editorial independence from any state direction or control,” a claim that was widely questioned.

Read more about the Chinese government’s efforts to influence the global media, via CDT.