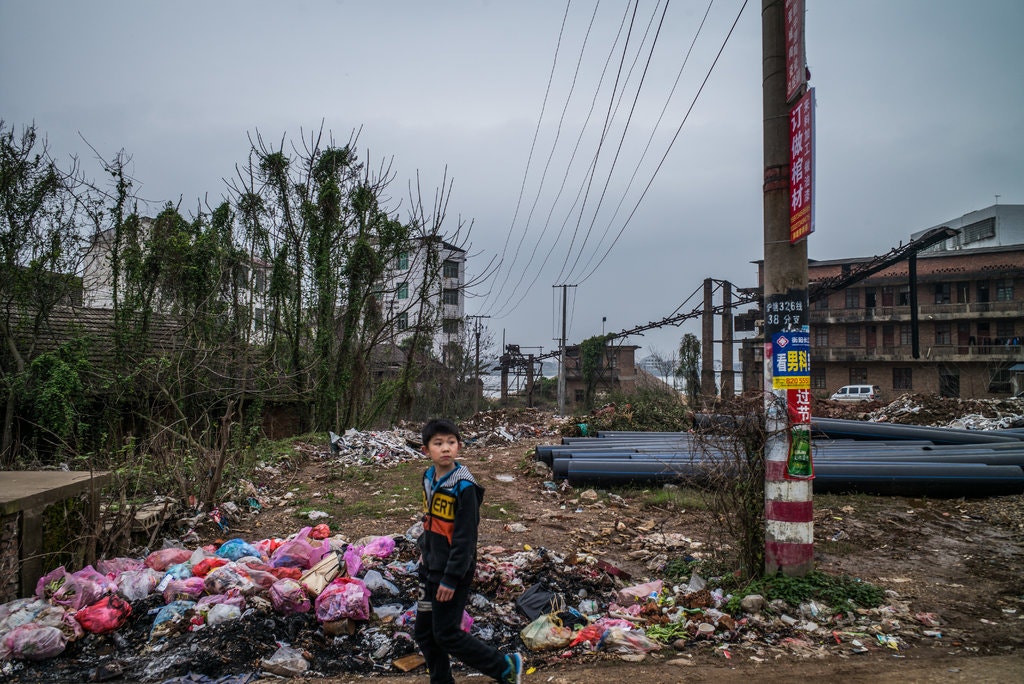 Zhuang Pinghui at Inkstone News reports that thousands of residents in Wuhan’s Yangluo subdistrict have taken to the streets to protest against the construction of a waste incineration plant near residential areas. The protests, which have been ongoing since the end of June, underscore the mounting discontent among residents over the local government’s waste management practices as well as the lack of public consultation and transparency surrounding the project.

[Protesters] shouted slogans such as “Give the green mountains and clear waters back to us” and “Garbage burning plant get lost from Yangluo.”

[…T]housands of protesters – about 10,000, according to one source – marched last weekend, leading to some arrests, although those detained were released later, protesters said.

After minor protests on Monday and Tuesday, residents gathered in greater numbers in Yangluo on Wednesday and Thursday nights, met by a heavy police presence.

The incident is the latest environmental protest to take place in China, where waste disposal has become a growing problem especially in densely populated urban areas like Wuhan. Kendra Brock at The Diplomat looks at details of the planned incinerator project that are giving residents doubts about government assurances of the project’s safety.

Residents have good reason to be concerned about the construction of the Chenjiachong plant in particular. Those concerns are delineated in a letter allegedly written by representatives of the Yangluo community and posted on the “Wuhan Top Headlines” Weibo account (the post was blocked or deleted after June 28, but reposted on July 1). Concerns include the capability of the company itself and the placement of the plant, which is located just 800 meters from some residences, rather than the minimum 1.5 km recommended by publicly available plans for the area.

The letter notes that the company given the contract for the project, Wuhan Huaneng Rongcheng Renewable Resources Co., Ltd. (a state-owned enterprise), was only created on April 17, 2019, just two days before Yangtze New City, the group operating a larger circular economy, filed the project. City records show that name approval for Wuhan Huaneng Rongcheng was granted on April 11, 2019. The selection of such a new company for the project is particularly strange given that there are well-established companies (CCEPC and Kaidi) in Wuhan already operating waste-to-energy plants. Construction of the plant, which appears to have prompted Thursday’s protests, began two months earlier than indicated by the project plan, prompting fears that the company and the government sought to achieve a fait accompli. [Source]

I wrote about protests against construction of a waste-to-energy plant in Wuhan.

Lots of discussion surrounding police brutality in response to protests and lack of gov transparency.

Local authorities posted a message on social media on June 28 promising not to proceed with the project without public approval. This move is likely taken to prevent the protest from escalating into a larger movement as officials work to dispel protesters. Keith Bradsher at The New York Times reports:

Even as they discourage further protests, the local authorities in Wuhan have tried to assure residents that their voices are being heard. Many protests across China have centered on local environmental issues like the incinerator project, and the ruling Communist Party is extremely wary of letting them build into a larger movement.

“The people’s government of the district fully guarantees the participation rights and supervision rights of the masses,” read a statement from the Xinzhou district in eastern Wuhan, the site of the proposed incinerator. But the statement also warned, “Public security organizations will resolutely crack down on illegal criminal acts such as malicious incitement and provocation.”

[…] Hundreds of people milled quietly around on sidewalks on either side of an avenue, sullenly eyeing more than a dozen large black police vans and buses with tinted windows. The show of force and the earlier detentions intimidated possible protesters to avoid further confrontations, residents said.

Although Wuhan’s protests did not draw inspiration from demonstrations in Hong Kong, they both speak to the many challenges confronting the Chinese government today. From Robyn Dixon at the Los Angeles Times:

[…B]oth protests tell a story of the problems Chinese authorities face — containing discontent on the mainland over hot-button issues like environmental desecration, scandals over food or medical standards and rising prices, while facing a new generation of Hong Kong protesters who feel alienated from China and its increasingly heavy-handed authoritarian model.

[…] It also underscores the often clumsy approach of local authorities in China, rushing to implement projects with scant regard for transparency or popular concern.

[…] The protests also indicated the depth of anger about environmental problems that directly affect people’s quality of life, after decades in which Chinese authorities sacrificed the nation’s environment, air, soil and water for the sake of breakneck economic growth.

Wuhan’s protest comes at the worst possible time for Chinese authorities, in a year in which there are several sensitive dates, including the recent 30th anniversary of the Tiananmen Square massacre of pro-democracy protesters and the 70th anniversary of the founding of the People’s Republic of China on Oct. 1. [Source]

Although news of the protest in Wuhan is largely censored in China, some has made its way outside the Great Firewall and is circulating on Twitter:

Pretty unbelievable footage coming out of the protest in Wuhan. You read about protests taking place in the mainland all the time over local grievances, but it’s surreal to see this kind of video footage of it actually happening. https://t.co/kSKrtk58kn pic.twitter.com/Ie7wvNrTAr

You definitely don’t want to piss off my Wuhan people in the summer. https://t.co/AbVHhFTMHK

They cry: Is there a savior in the world? Who can help us?
In the yangluo economic development zone in Wuhan, China, a mass demonstration took place to protest the government’s unauthorized construction of a large waste incineration plant in the economic development center pic.twitter.com/w4rPGKSASZ

Mass protests in Yangluo, Wuhan, have continued in a fifth day and night, over the government’s decision to build an incineration plant near residential areas. Scores of protesters haven since been taken away by police. pic.twitter.com/tJhRgq2L6r

#Thread Video 1 #WuHanProtest
From Wuhan environmental protest.
A lot police brutality can been seen during the protest.
People are crying “return me the green mountain and clean water”
Need more attention and support from world.
武汉抗议视频。 pic.twitter.com/7CMxiisi08