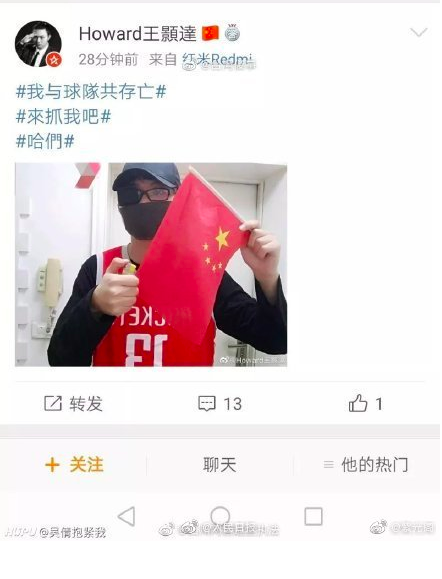 On October 6th, a Sina Weibo user who was unhappy with the backlash over the Houston Rockets controversy expressed  his anger by posting a photo of himself holding an unlit lighter against the Chinese flag. The photo was accompanied by the hashtags: “I live and die with the team,” and “Come arrest me.”  The netizen was pictured wearing an eye patch (in what seems like a gesture of solidarity with protesters in Hong Kong).

Shortly after the post was published, the Weibo user was investigated by the Liaoyuan internet police, who arrested him after identifying him through technical means. The reason given for his arrest was “publishing comments that insult the national flag and other remarks.”

[Liaoyuan internet police: man who published comments insulting the national flag was arrested] At 2 o’clock in the morning of October 7th, the internet police in Liaoyuan, Jilin issued the following report following inspection and law enforcement exercises: October 6, 2019, Liaoyuan netizen “Howard Wang Haoda” published comments on Weibo that insulted the national flag and other remarks. At present, the person who posted the comments, Wang Mouda (25 years old from Liaoyuan City) has been arrested and the case is now under further investigation. 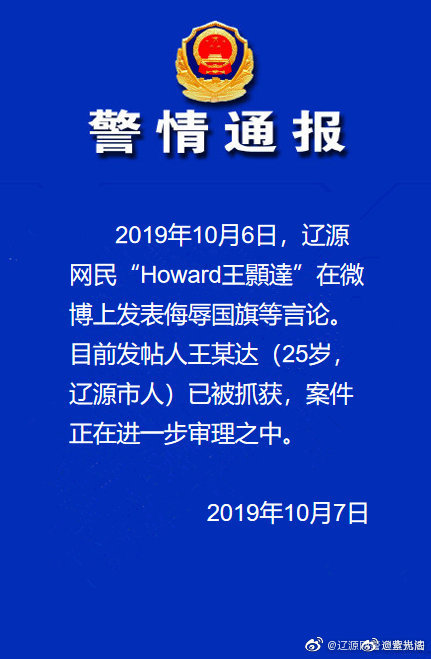 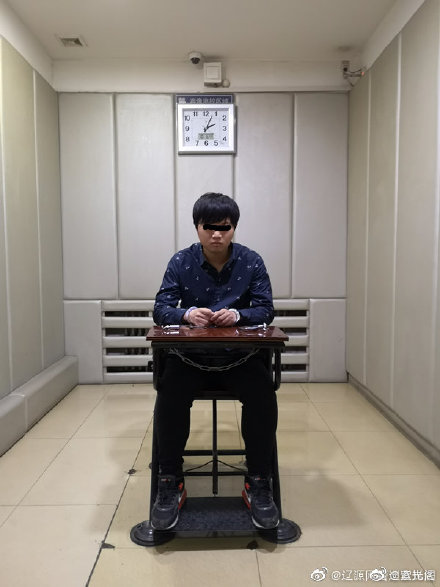 Some netizens, who either wanted to express their sympathy or to ridicule the situation, have put together a Weibo post showing Wang and the internet police’s comments side by side, accompanied by the caption “China’s last Rockets fan.” 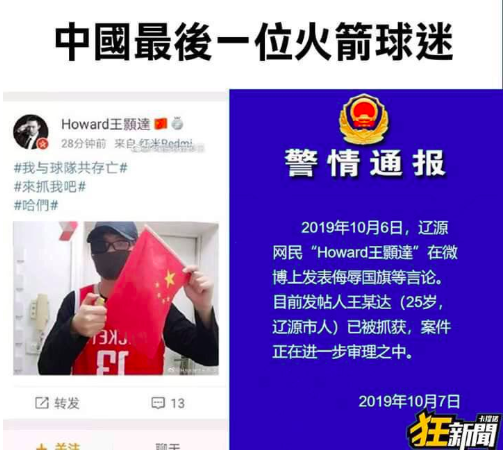