The Grass-Mud Horse Lexicon is named after an unassuming alpaca who galumphed past the censors in 2009 to become a Chinese internet sensation. In the long decade since, the Lexicon has tracked online resistance discourse in 365 entries and counting. From time to time, we will feature an entry from the Lexicon worth having at the ready.

Today’s selection is not from behind the Great Firewall, but it is a vital element of Sinophone resistance discourse. 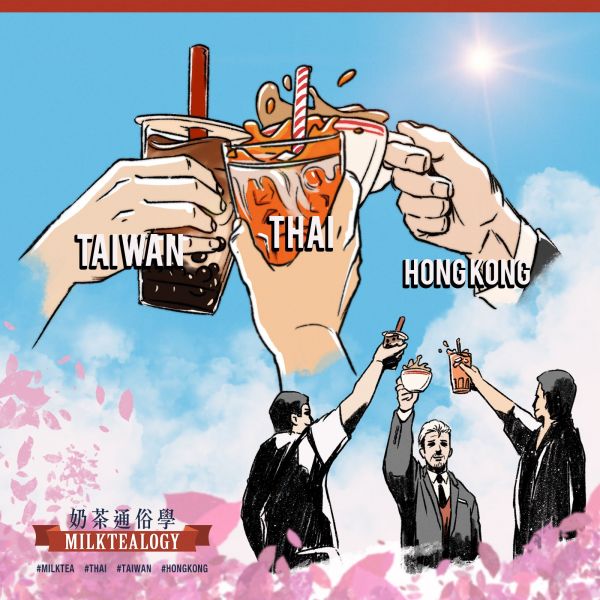 The #MilkTeaAlliance hashtag began its life as a meme in response to the harassment of a young Thai actor and his girlfriend by Chinese nationalists. Vachirawit Chivaaree, the star of a Thai drama popular in China, and his girlfriend Weeraya “Nnevvy” Sukaram were harassed by the Fifty Cent Party and little pinks after they discovered content on the pair’s respective social media that may have suggested Hong Kong and Taiwan were independent countries. Twitter users in Thailand, Taiwan, and Hong Kong defended the couple under the hashtag #nnevvy, before eventually coming together under the #MilkTeaAlliance banner.

The popularity of the hashtag has fluctuated based on political activity in the alliance’s regions. In Thailand, pro-democracy demonstrators chanted have shouted “Free Hong Kong” at their own anti-government protests. Activists in Taipei have gathered to show support for the 2020-2021 Thai protesters. The hashtag trended in June 2020 amid calls to boycott Disney’s “Mulan” over the lead actor’s pro-Hong Kong police stance and the company’s decision to film large parts of the movie in Xinjiang.