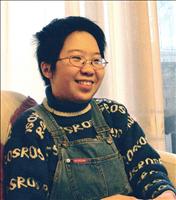 Detained in solitary confinement for more than a year, Liu Di, 23, a post-graduate psychology student at Beijing Normal University, learned a lesson the hard way about the dangers of participatory journalism or blogging in China. Finally released from Qincheng Prison, she has resumed her university studies. News articles revealed that her subversive cyber crimes, committed under the screen name, “Stainless Steel Mouse”, were mainly criticisms of renewed restrictions on Internet cafes, a plea for more freedom of expression on the Internet and – oh, yes – a satire of the Chinese Communist Party.

Liu, is only one of many new Chinese bloggers – one conservative estimate places the number at 300,000 – who are becoming high-profile symbols for democracy and free speech. (China’s reformist President Hu Jintao is believed to approve of, even support, websites that criticize and discredit anti-reformers and his rivals.)[Full Text]