Tibet During the Cultural Revolution

From Letters from China blog: 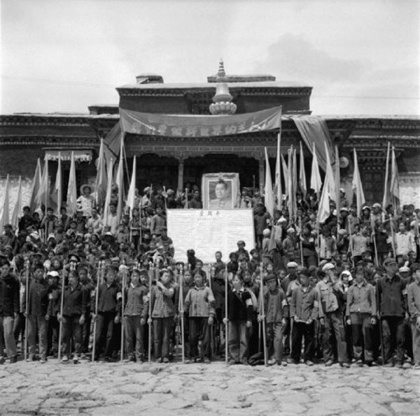 The Red Guards who damaged the Jokhang Temple. Most of them were the students of Lhasa Secondary School. There was a portrait of Mao Zedong. The banner reads: “Completely destroy the old world! We shall be the master of the new world.” 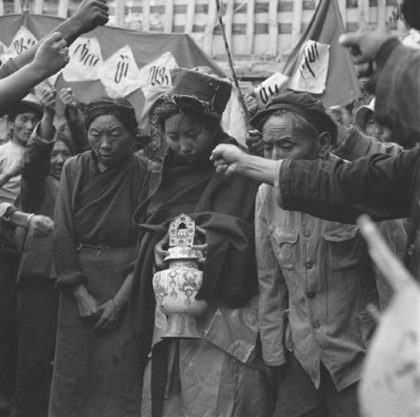 The Female Living Buddha and her parents were “criticised and struggled against”. 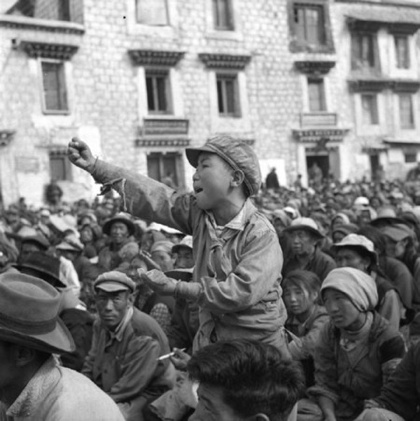 This photograph was shown to a Tibetan, who said: “Look, the windows were broken. There’s a big hole in the boy’s sleeve. He was even holding a script prepared by some others. Did he really understand what he said? The people around him were so confused. It’s like they were manipulated. This is Tibet’s Cultural Revolution.” [Click to See All]