Under the Internet Police’s Radar 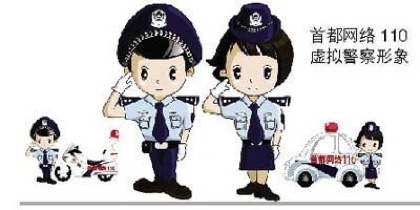 With the 17th Party Congress about to start and the 2008 Olympics Games approaching, censorship of Chinese media and the Internet has intensified more and more. According to the Beijing Evening News, starting from September 1, new virtual cops will “cruise” all thirteen Internet portals in Beijing. Every half hour, these male or female cybercops will show up on the websites and readers can click on them to report any “illegal information” they see.

However, this intensified censorship only forces Chinese netizens to express themselves politically in a more nuanced manner. Since all censorship is done under the slogan of “constructing a harmonious society,” a frequently used new net jargon is “hexie” (“harmonize” 和谐), so as content is censored, it is so-called “being harmonized.” In Chinese, “hexie” (harmonize 和谐) is pronounced the same as “River Crab (河蟹),” and a crab in folk language also refers to people who are bullies with violent power, so the image of a crab has become a new satirical, politically charged icon for the “River Crab Society“, just like “Wears Three Watches” 带三个表Dai Sange Biao) is a nonsensical anagram of Sange Daibiao (三个代表), or “Three Represents” – the name of the contribution of the former communist leader Jiang Zemin to party ideology. The following photo is going around in the blogosphere as a silent protest under the new cyber police‘s nose. Some bloggers suggested it should be the official mascot for the 17th Party Congress. 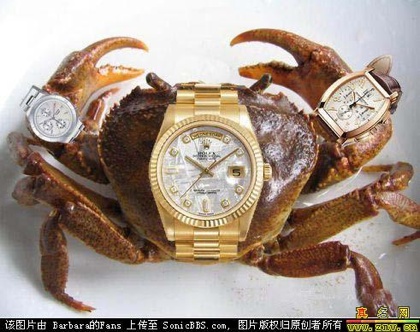 See also an AP report on this topic.