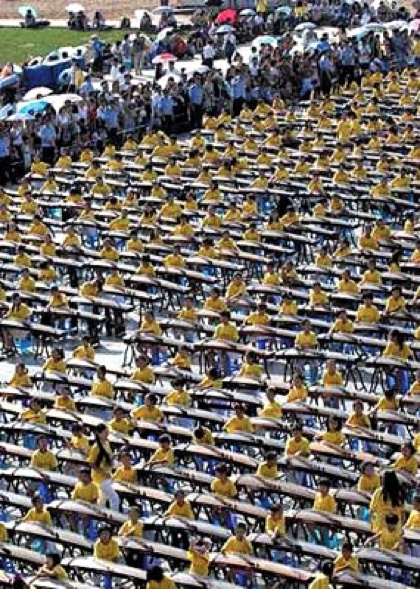 In an often eager effort to be listed on Guinness record, and increase hometown publicity, local governments in China often rely on the number of human bodies they can mobilize. Here are two pictures of a mass performance of the Chinese zither (guzheng) in Huludao (Ëë´Ëä¶Â≤õ) on August 8, 2007. 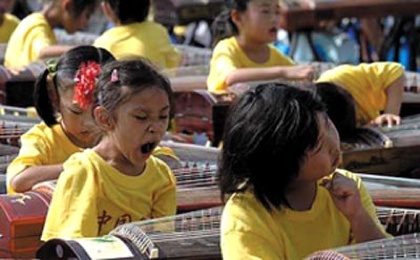 These kids have been under the hot sun for four hours. 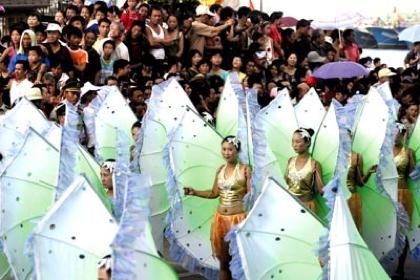 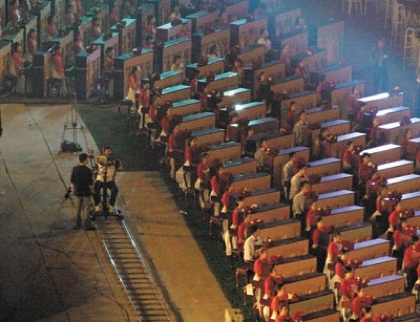 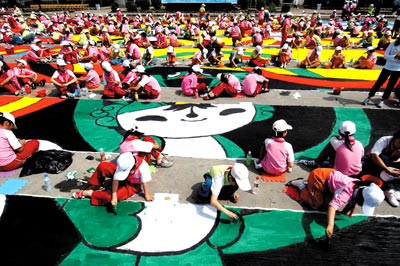 According to an investigation by reporters from Southern Weekend, there have been at least several dozen such organized mass activities over the last couple of years.

In Limbo, a City in China Faces Life After Graft