The following “working instructions” contain two lists of detailed censorship orders from a government propaganda authority. Their contents have been posted on some Chinese blogs, translated by CDT:

Work Instructions Jan. 2, 2008 As noted from the superiors:

1. Web sites should immediately delete posts about the central government planning to set up a Ministry of Energy and merging the securities, banking, and insurance regulation commissions, both of which are rumors.

2. Web sites should not report on and cook up the incident of a tiger being poached and skinned at Three Gorges Forest Wildlife World in Yichang City, Hubei Province. Relevant information should be deleted.

3. Web sites should only republish information from the Xinhua News Agency about the leadership reshuffle at the General Administration of Civil Aviation, and should not open forums, blogs and interactive columns to discuss this.

5. On Dec. 29, the National People’s Congress made a decision on the future political development of Hong Kong. Here below are the guidelines and requirements for reporting on this:
A. Strictly follow reporting guidelines: Only use the dispatches from Xinhua News Agency and commentaries from People’s Daily, no articles from other sources.
B. Tighten the management of news comment posts, forums and blogs. Comments should be posted only after review. Don’t actively create news topics in forums, and blog monitoring should be tightened. Those posts that negate the spirit of the NPC decision and criticize our political system should be absolutely blocked or deleted.
C. Strengthen positive guidance. Web sites should proactively guide public opinion in a positive way, highlight positive voices and create a pro-NPC online environment.
D. Strengthen online situation monitoring. When problems arise, they shall be resolved immediately and major situations should be reported to our department quickly.
E. Keep a good schedule of shifts for the 24 hour period between Dec. 29 and 30. The New Year period should also be adequately monitored, ensuring a positive public opinion.
F. Web sites should pay great attention to the importance of online publicity management of Hong Kong’s political development. Managers of sites themselves should personally work on following the above guidelines and ensure a positive environment online.

6. Web sites should not cook up Hu Ziwei making a scene at the press conference announcing that CCTV’s sports channel will become the Olympics channel. Relevant video clips, photos and text information should be deleted.

7. Delete all articles about “the coming of an era for the second land reform.” If necessary, emergency actions should be taken, such as shutting down BBS at night and reopening the next morning, and stabilizing the BBS situation on campuses. If any such posts appear, get in touch with the web site management center. Titles of such articles include:”Terminator of China’s high housing prices – end of urbanization and subprime mortgage crisis””China needs a second land reform – time to carve up the land and hand to farmers””The era of the second land reform has arrived””A second land reform started by Chinese farmers,” etc.

8. Web sites should delete the photos of Lu Yongxiang (路甬祥), President of the Chinese Academy of Sciences, attending the democracy life meeting of the Institute of Mechanics. Clean up forms and blogs that have such relevant information. 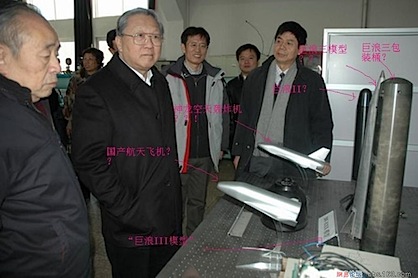 As noticed from the superiors:

1. Web sites should delete posts about “PLA will soon beat ‘Taiwan’ a bit.” Our department will do a thorough examination, those who have not cleaned up will be punished.

A. All higher education institutions should strengthen BBs patrolling and delete anything relevant. Don’t bother closing down reply function.
B. Also pay attention to mutated character sets, or Martian scripts, that look similar to the original texts, such as “解(方攵)军” or “台(氵弯)”.
C. Close down sites when necessary, and ensure a stable online environmenta on campuses.
D. When relevant posts appear, report timely. Those who do not report or neglect to report will be punished.

2. Please go to Touching China People of the Year voting page http://news.cctv.com/special/07gdzg/06/2007 and vote for a hero that moves you. Also please mobilize votes for Li Jianying, the navy pilot who died while making an emergency landing.

3. A note on the online management about the hearing on mobile phone billing and pricing: The National Development and Reform Commission and Ministry of Information Industry will hold a hearing on reducing the cap of mobile phone domestic roaming fees. Web sites in the city should guide netizens to have a rational view on this event. Relevant news information should roll like usual, but no hype and topping of the topic on forums. Malicious attacks or curses on our social system should be deleted.