Authorities in Beijing have formally charged AIDS activist Hu Jia with “incitement to subversion” after he wrote articles online critical of China’s hosting of the Olympics, his lawyers said.

Hu’s lawyers, Li Jingsong and Li Fangping, received the indictment from the court late Tuesday, they told RFA’s Mandarin service. He is formally charged with “incitement to subvert state power” and is likely to face imminent trial. 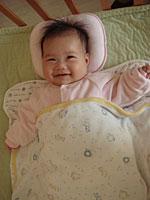 This week I tried to visit Zeng Jinyan, Chinese blogger, wife of the detained dissident Hu Jia and mother of an infant daughter. I did not get far.

Near the door of Ms Zeng’s apartment block in the paradoxically named Bobo Freedom City compound near Beijing, I was stopped by a police officer and half a dozen plain-clothes security agents. The officer politely explained that I could not meet Ms Zeng without her prior permission. He was unmoved by my objection that authorities had made such permission difficult to obtain by cutting off Ms Zeng’s home telephone line and her access to the internet.

Such authoritarian catch-22s are a staple of the ruling Communist party’s tenaciously maintained monopoly on political power in China. By arresting Mr Hu on sedition charges and keeping Ms Zeng under virtual house arrest, the party has demonstrated its determination to crack down on dissent ahead of the Beijing Olympics in August.

Read also: China: The Weaknesses of a Superpower.