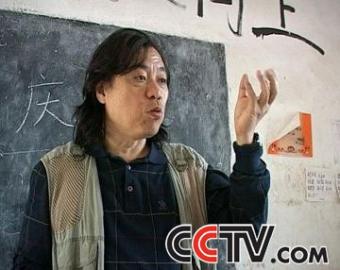 Lin Qiang (林强), the Deputy Inspector of the Sichuan Education Department, is a Party-recognized model cadre and was given the honor of being one of the Olympic torch bearers. But Lin just submitted a letter to Sichuan provincial authorities and the Sichuan Olympic Organizing Committee asking to withdraw from such a glorified spotlight. A truly rare move from a government official, Lin’s action stunned both the authorities and the public. In an interview with Southern Weekend, Lin said he felt deeply guilty over the massive deaths of school children in the recent earthquake.

I have witnessed an appalling tragedy this time. It has had an enormous impact on my soul. From that moment on, I can not bear any buck-passing on the protection of life. With so many young lives taken away, so many families broken, we wouldn’t be qualified to be human beings, not to mention educators, if we didn’t value life over politics and bureacracy, if we officials still tried to avoid responsibility and protect ourselves.

Lin Qiang first arrived at Beichuan Middle School a day after it collapsed in the earthquake. He saw a parent crying over the body of her child buried under the rubble.

There was no relief personnel. The mother had watched her child’s life going away bit by bit, but could do nothing about it. The child died four hours before I arrived there. The parent had been crying, mumbling that her child was very good at school.

Lin wanted to give her all the money he brought with him, but she refused, saying that it was useless.

“I felt guilty. Although I held no direct responsibility for the tragedy, I felt guilty from the bottom of my heart towards that child, and towards the parent, ” Lin said.

He refused to regard the earthquake as just a natural disaster.

The reason is simple — that school was donated by the Chinese Academy of Sciences and had the donor supervise its construction quality. Such a supervision mechanism was missing in most schools that collapsed during the earthquake.

He urged his colleagues to think hard about the tragedies.

If we education administrators had fulfilled our duties and guarded against corruption, our school buildings would have stood firm and the teachers and children wouldn’t have died for no good reason. So much tragedy could have been avoided. It’s a shame that we were not able to protect our vulnerable kids from danger. We should think about it. We should not shrink from our responsibilities and glorify ourselves with a few teachers’ heroic deeds in the earthquake.

We have not yet studied systematically the reasons behind the collapse of school buildings till this day. We have not yet actively looked for evidence and conducted an investigation into the tragedies. We have not yet apologized to the family members of the dead. It shows that it doesn’t weigh much upon the our minds to value life and to take active measures to ensure its safety.

The parents who have lost their children in the earthquake are staying in the ruins of collapsed schools with tears in their eyes day and night, looking for construction materials which could serve as evidence of malpractice. They want their children to rest in peace in heaven, but also want to prevent similar tragedies from happening to tens of thousands of children in the future.

As teachers and civil servants, we should be grateful for their effort. We should respect them and support their work. However, very few people in the education departments are willing to think this way and make such efforts. I understand that people are now very busy with various reconstruction work… However, justice needs to be done for the spirits of the deceased children, to their parents and to the whole community. If we don’t have any contemplation over such a tremendous tragedy, if we put our own honor and career success above children’s lives, how could it be possible for us to elevate our souls and reconstruct our institutions? How could we make sure similar tragedies never take place again?

Lin Qiang has requested to hand over his opportunity to be a torchbearer for the Beijing Olympic Games as part of his redemption effort. He also suggested that the ceremonies of the Games should be adjusted against the backdrop of the earthquake.

The opening ceremony of the Olympic Games should be grand, but it should also be solemn and express the grief of our nation… Not just the opening ceremony, but the message of the whole event should be adjusted against the background of the earthquake — we are in grief, but we are also courageous and persistent. 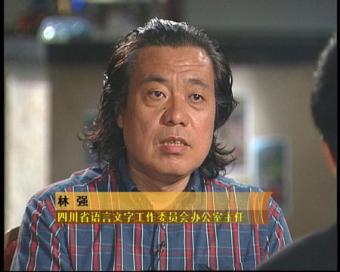 Even though there is a rising amount of criticism and protests over the schools that collapsed in the earthquake, the topic still appears to be sensitive in China. The following article originally appeared on the Xinhua website, but it has since been removed:

CHENGDU, May 29 (Xinhua) — Officials who are believed to bear some
responsibility in relation to school collapses that killed thousands
of students in the May 12 earthquake have pledged greater efforts to
investigate why many schools crumbled while nearby buildings stayed
erect.

“Seeking truth is more important than losing face,” said Lin Qiang,
vice inspector of the Sichuan provincial educational department. He
requested the province’s organizing committee for the Olympic torch
relay to disqualify him as a torch bearer.

“As an educational administrator, I bear special, though not direct,
responsibility towards those innocent children and their parents and
relatives. I feel profoundly apologetic to them. So I have to reject
the honor of relaying the Olympic torch as atonement.”

Lin was among the first educational officials to arrive on the scene
after the magnitude 8.0 quake erupted beneath Wenchuan County.

At the ruins of a collapsed building of the Beichuan Middle School, he
saw parents crying and digging for their buried children with their
bare hands, which struck his conscience.

The five-story building was destroyed almost instantly and about 1,300
students and teachers are believed to have died in their classrooms.

“Society should assume responsibility for the school collapses and the
educational sectors should come first,” Lin told local newspapers.

WHY SOME SCHOOLS SURVIVED

Lin also saw a Hope Project primary school, about 700 meters from the
Beichuan Middle School, survive the disaster. There were three
injuries but no fatalities at the second school, which had been
donated by the Chinese Academy of Sciences.

“Its construction quality was ensured under the donor’s supervision.
But most of the collapsed schools had no such supervisory mechanism.”

Said Lin: “If we educational officials hadn’t left loopholes for
corruption, the collapsed buildings could have been as solid as the
primary school.”

When the quake struck, the Fuxin No. 2 Primary School in Mianzhu City
was leveled within 10 seconds, leaving 127 students dead. However,
most of the surrounding residences remained standing, including those
built in the 1960s.

On Sunday, more than 100 parents of children killed in the collapse
marched downtown with placards bearing slogans and photographs of
their children, questioning the construction quality and asking the
authorities to investigate.

“They are heartbroken and demand an explanation. I can fully
understand that,” said Jiang Guohua, party secretary of Mianzhu City.
“So I wouldn’t evade them and walked up to them myself.”

Jiang knelt before the bereaved parents, trying to persuade them not
to go any further.

“I promise to produce a solution within a month. If the collapse was
caused by construction problems, we will seriously deal with it
according to the law. We will mete out due punishment to people
accountable for that, as well as compensate the victims’ families,”
Jiang said.

In Mianzhu City, eight schools would be examined by experts. “All of
the experts were invited by the province from other cities to maintain
justice,” Jiang said.

Meanwhile in Dujiangyan City, a city government official told Xinhua
that the government would severely punish those responsible if they
found quality problems at the Juyuan Middle School. About 900 students
and teachers were buried when their classrooms collapsed and about 240
were confirmed dead.

The city government set up an investigation team and met with parents
of the deceased students.

As of May 14, the quake was known to have left 6,898 school buildings
in ruins, excluding those in Wenchuan and Beichuan counties. Further
information about student casualties and destroyed schools was not
immediately available, said Sichuan government spokesman Hou Xiongfei.

OLD BUILDINGS, AND TOO LITTLE TIME

On Sunday, Sichuan began investigating school building collapses. The
Educational Department of Sichuan Province on Wednesday blamed design
defects and obsolete buildings as reasons for the many collapses.

Another reason was that the quake exceeded the buildings’ designed
capacity. In addition, the quake occurred during class hours, so that
buildings were full — too full to be evacuated within the few seconds
that it took for many buildings to collapse.

Yin Zhi, deputy dean of the School of Architecture of Tsinghua
University in Beijing, has visited collapsed schools several times and
said that further analysis was needed to determine the cause of these
building failures.

“So long as the rubble stays there, we can take samples and make a
judgement on the quality of the building.”

The Ministry of Housing and Urban-Rural Development has ordered local
authorities to investigate why schools collapsed in the earthquake.

“School buildings should use structures that meet engineering and
construction standards as well as local requirements on
quake-resistance,” said Yang Rong, director of the ministry’s
department of standards and norms.

The Ministry of Education had also ordered a strict check of school
construction, especially in disaster areas and regions susceptible to
quakes, ministry spokesman Wang Xuming told a press conference on
Monday.

“We will cooperate with investigations by other authorities. If
investigations show that shoddy work was responsible for the collapse
of any school buildings, the offenders will be severely punished.”

“A fundamental rule is that school buildings should have higher
quake-resistance standards than normal buildings.”

The official death toll from the May 12 quake stood at 68,516 as of 12
p.m. on Thursday. Another 365,399 people are reported injured and
19,350 missing, according to the Information Office of the State
Council.

Photo source is here and here.