From The Wall Street Journal:

In the Olympic Opening Ceremonies, a procession of children bore a large Chinese flag into the Bird’s Nest stadium, each child wearing a costume representing one of China’s ethnic minorities.

However, the children actually were members of the Han majority, an arts official said in an interview. Yuan Zhifeng, deputy director of Galaxy Children’s Art Troupe, said the children were drawn from the all-Han Chinese troupe. “I assume they think the kids were very natural looking and nice,” Ms. Yuan said.

Games organizers did not immediately respond to requests for comment, and it is not clear what their motive was for using Han Chinese in ethnic costumes.

The ceremony has already been marred by news that a girl who appeared to sing a patriotic song was lip-synching to a recorded version sung by a girl who was deemed less attractive. Games organizers also said parts of one fireworks display were recorded and digitally enhanced for television.

China’s 55 minority groups are officially celebrated, often as curios in pageants to the country’s self-image as a harmonious, multiethnic society. But many live on the margins of the mainstream, poorer and less-educated than their Han countrymen. 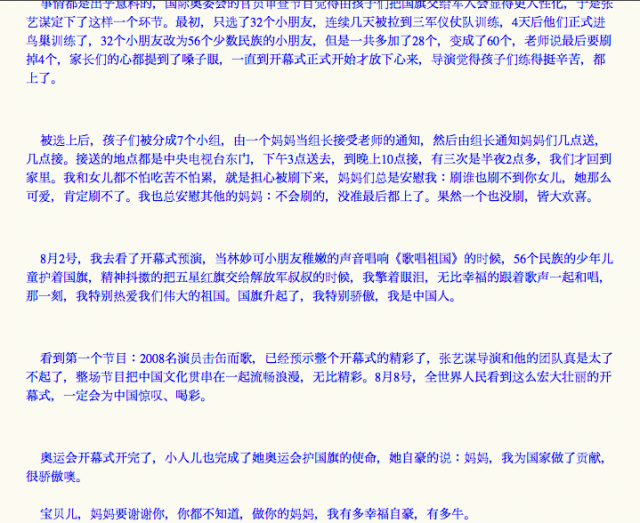 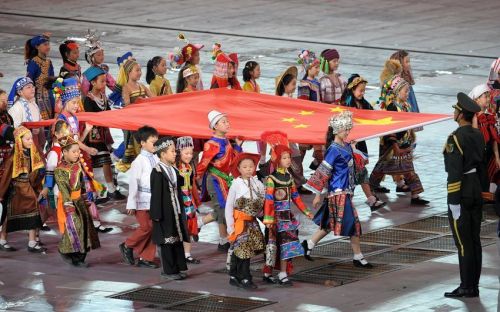 Still Dancing in Her Dreams

“Only China Can Produce This”: An Interview With Zhang Yimou (2)

A Great Leap Forward or Backward for China

Photo: A scene from the Olympics Closing Ceremony