Wu Bangguo, Chairman of the Standing Committee of the National People’s Congress, which is currently meeting in Beijing, said today that China will never adopt Western-style democracy. From BBC:

“We must draw on the achievements of all cultures,” he told delegates in Beijing’s Great Hall of the People.

“But we will never simply copy the system of Western countries or introduce a system of multiple parties holding office in rotation,” he added.

“Although China’s state organs have different responsibilities, they all adhere to the line, principles and policies of the Party.”

Correspondents say Mr Wu’s statement appeared to be a deliberate rejection of calls in China and abroad for greater liberalisation.

While Wu’s statement is on every major Chinese news website, comments from netizens about his statement have been widely banned or selectively posted. Here is one blogger’s reaction: a simple screenshot showing that the commentary function on this news item was closed on China.com, with a caption “Shhh…. Be careful of the river crabs.” 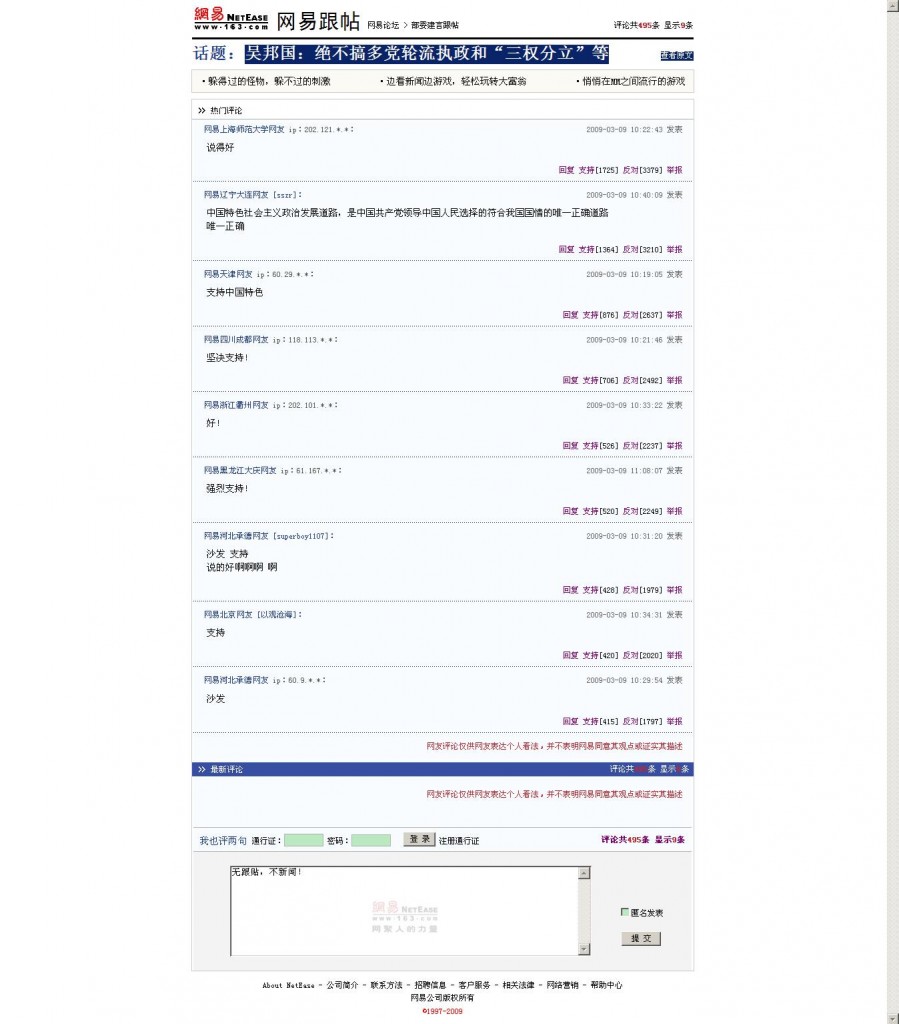 The above screenshot is from netease.com, one of China’s top news portals. The statistics on the upper-right corner read: “495 comments, showing 9 items.” Netease then closed the comments feature under this news item. So did Sina. On Sohu, similar page reads: “14684 comments, showing 316 items.”