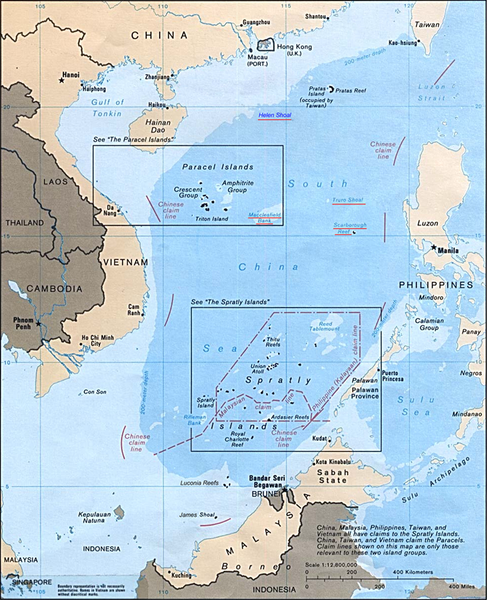 Q: On May 7, Vietnam presented another submission to the UN Commission on the Limits of the Continental Shelf on the outer limits of the continental shelf beyond 200 nautical miles from the baselines in South China Sea. How does China comment?

A: China has indisputable sovereignty over the South China Sea Islands, including Xisha and Nansha Islands, and their adjacent waters, as well as sovereign rights and jurisdiction over the seabed and subsoil under the relevant waters. Vietnam’s submission of “the outer limits of the continental shelf beyond 200 nautical miles from the baselines” is a gross infringement upon China’s sovereignty, sovereign rights and jurisdiction, thus illegal and invalid. China’s Permanent Mission to the United Nations, pursuant to the provisions of the United Nations Convention on the Law of the Sea and the Rules of Procedure of the Commission, has already presented a note to the United Nations Secretary-General, stating the solemn position of the Chinese Government and solemnly urging the Commission not to consider Vietnam’s submission.