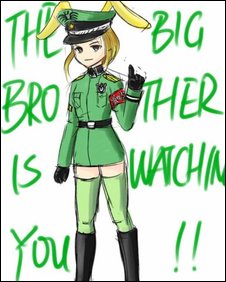 China is to delay the launch of a controversial policy to force manufacturers to install mandatory filtering software on new computers. The Ministry of Industry and Information Technology’s climbdown on the compulsory installation of the ‘Green Dam Youth Escort’ filter comes just a day before the order was due to come into effect.

The state news agency Xinhua, which revealed the decision, did not say why the implementation of the policy had been postponed.

China said the Green Dam software was designed to block material such as pornography or violent images, but the policy aroused opposition among industry groups, human rights organisations and foreign governments due to fears that it could strengthen Beijing’s efforts to censor politically sensitive information.

On Monday, the European Chamber of Commerce urged China to reconsider the move, saying it ‘poses significant questions in relation to security, privacy, system reliability, the free flow of information and user choice’.

Also from Wall Street Journal: A Breach in the Green Dam:

Iranian protesters have showed the world what a powerful tool the Internet can be against oppression. On the other side of the world we’ve seen the other end of this tug-of-war, as Chinese censors have had to admit the failures of their plan to impose Internet censorship by fiat.

We’re referring to “Green Dam,” spy software that Beijing was poised to mandate for all personal computers in China. That order was supposed to go into effect today, but last night state media announced it was “delayed.” We hope that’s code for “will never be implemented,” but it’s too soon to say.

Analysts said the postponement was a climbdown in the face of pressure from domestic netizens, lawyers and even some state media, as well as foreign governments, rights and trade bodies.

“In all these years of Internet control and censorship policies, this is the first time the government has backed down while public reaction is so strong,” said Xiao Qiang, head of the University of California’s China Internet Project.

“It has never backed down on policies that need to control the public.”

… “The fact that the government decided to bow to pressure at the cost of handing over a symbolic victory to netizens shows that the project was probably the brainchild of hardliner elements within the government,” said Bequelin.

“But they miscalculated and have now been burned by a very high-profile failure.”

However, Xiao warned that the delay was not a sign of any future relaxation of censorship rules, with online comments about news of the postponement blocked on major web portals such as sina.com and sohu.com.

More about this news, via google news.