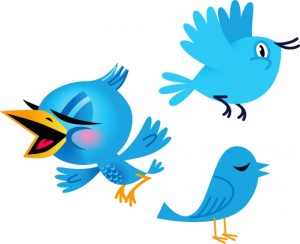 One of the most popular Chinese tweets in Fall 2009 read, “If Twitter can be blocked, then pigs can climb trees.” (Twitter封得住，母猪会上树). Researchers from the Chinese Academy of Social Sciences seem to agree.

From China Net, via Netease, excerpts translated by CDT:

The Chinese Academy of Social Sciences published the Society Blue Paper 2009 《the Analysis and Prediction of the Situation of Chinese Society in 2010 》. The Blue Paper pointed out that the Internet has become an independent source of news and public opinion, and the Internet, together with cell phones, has become the most powerful public opinion carrier.

On December 21, 2009, The Institute of Sociology of the Chinese Academy of Social Sciences and the Social Science Documents Publishing House jointly held a press conference on China’s social situation and the publication of the Society Blue Paper 2009. The conference provided in-depth analysis of important events and hotspot issues which influenced the development of Chinese society in 2009, and speculated the trends and main problems with development of Chinese society in 2010, and formally announced the publication of《Analysis and Prediction of Situation of Chinese Society in 2010 》.

《Society Blue Paper》pointed out that in 2009, the Chinese Internet has reached 26% of the population, surpassing the average global rate. Worth special mention is the rise of micro-blogging, and the expansion of topics on the Internet. The government has intensified Internet management on one hand, and sped up its response to online public opinion on the other. From central to local levels, the government has formed mechanisms for monitoring, feedback, and absorbing online public opinion, and listed online reporting as the new channel for Party discipline, administration discipline and judicial monitoring.

From the analysis of 77 influential hot social events in 2009, done by Online Public Opinion Monitoring and Measuring Department of the People’s Net, 23 of those events – or 30% of the total events – came from the Internet and then caught the public’s attention. This is to say, about 30% of social opinions are generated by the Internet, so the Internet has become an independent source of news and public opinions.

… The Internet is now integrated with wireless terminal products (cell phones), so users can create more convenient and faster information dissemination through cell phones. This is not only limited to text, but also taking pictures and videos on the spot, then uploading to the network. Microblogging has been especially active in 2009. Micro-bloggers can publish their thoughts, emotions, opinions and what they see anytime, from any location, through cell phones or web pages. Each post is within 140 characters length. One does not need someone’s agreement to follow him/her on a microblogging platform. Some opinion leaders on Twitter (a micro-blogging commercial service based in US) have more then ten thousand “followers”, and have extremely powerful influence and capacity for incitement. Unlike micro-bloggers in the West who mostly talk about their daily lives, Chinese micro-bloggers pay strong attention to current affairs. Netizens form micro-blogger tribes through “follow” links, equivalent to a small scale forum or platform of news and politics. Those “citizen journalists,” who are temporarily played by ordinary netizens, can cover sudden incidents live on the spot. For example, during the Shishou riot, one anonymous netizen reported live about 200 posts on fanfou.net [a Chinese micro-blogging service, already closed] . Micro-blogging has successfully broken certain information filtering mechanisms, and publishes a large quantity of first-hand information before traditional media and government news publishing. It has become the most powerful public opinion carrier.