China put one of its best-known dissidents on trial Wednesday for his role in creating a political manifesto.

With police, journalists and diplomats gathered outside a Beijing courthouse, a few demonstrators showed up to show support for Liu Xiaobo, or seek media attention for their own grievances.

Inside, Liu pleaded not guilty to the charges of “incitement to subvert state power.” The court said Liu had committed “serious crimes.” His lawyers and relatives take this to mean that Liu could be sentenced to up to 15 years in prison.

More than 10,000 people signed the Charter 08, a liberal political manifesto calling for human rights and democracy. Many signers were questioned by police, but Liu was the only one to be arrested so far.

The trial is heavily guarded, and shrouded in secrecy. From the Christian Science Monitor:

The delay and the degree of secrecy – even Mr. Liu’s wife was barred from the courtroom – contrast sharply with the widespread international attention that the case against the Tiananmen-era pro-democracy activist has drawn.

It is “quite unusual” for a Chinese criminal trial to be left hanging this way, said Teng Biao, a prominent human rights lawyer and one of 60 people who stood outside the courtroom Wednesday in near-freezing temperatures before he and seven others were removed by plainclothes police. “Although I cannot predict the outcome, it is very likely that Liu Xiaobo will be guilty and imprisoned for at least five years under Chinese criminal law,” he told The Monitor by telephone.

Liu’s attorney Ding Xikui, speaking to The Monitor by telephone in defiance of a court order barring press interviews after he left the roughly three-hour morning trial, said the court would announce a verdict on Friday.

These photos were taken at 10:30 am today, outside the courtroom where Liu Xiaobo was put on trial. CDT thanks the photographer, who wishes to remain anonymous: 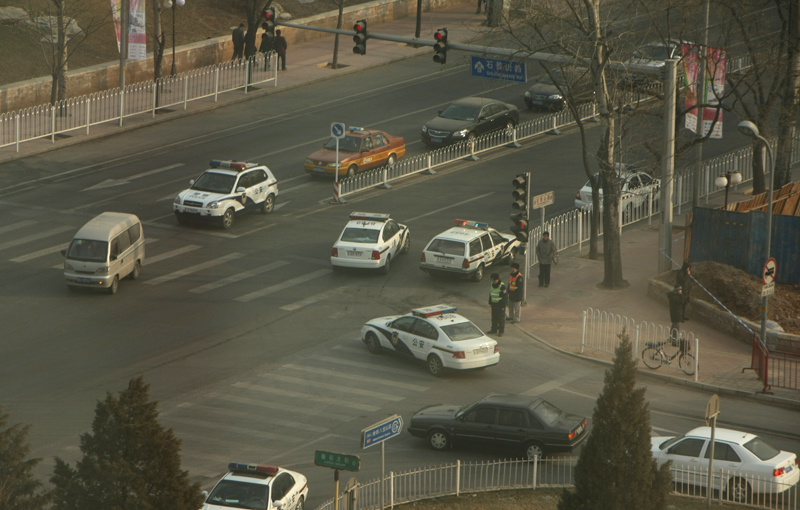 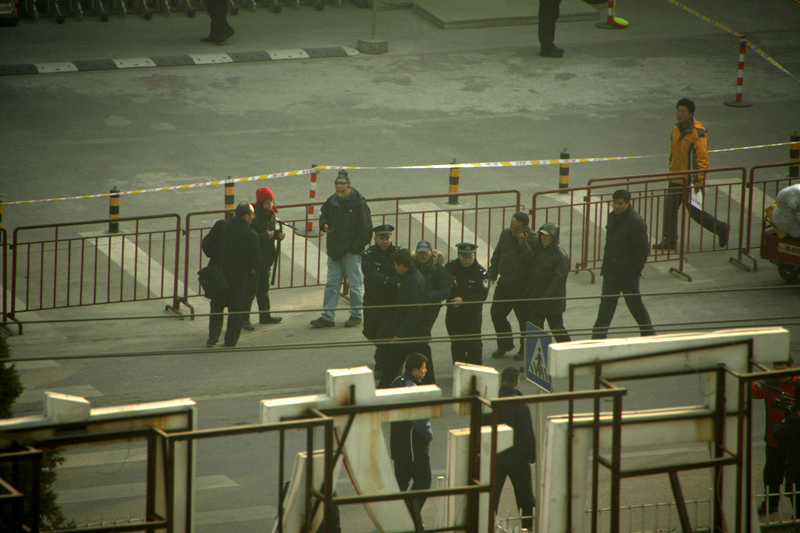 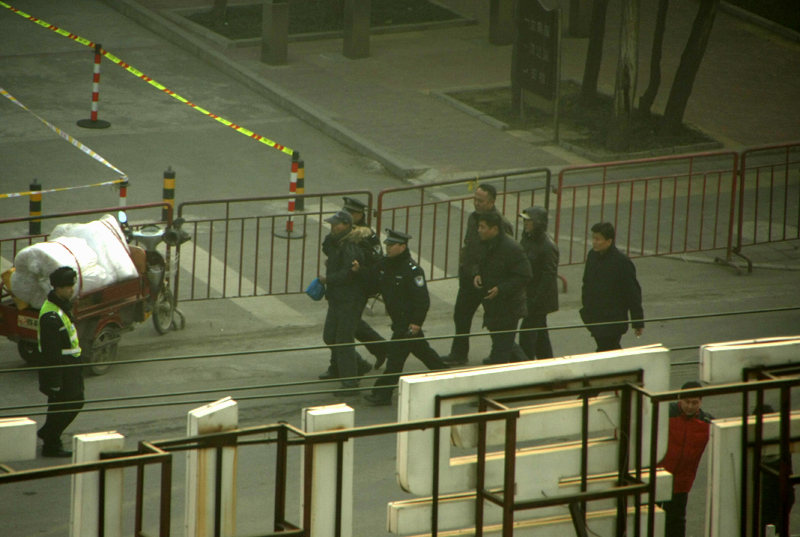 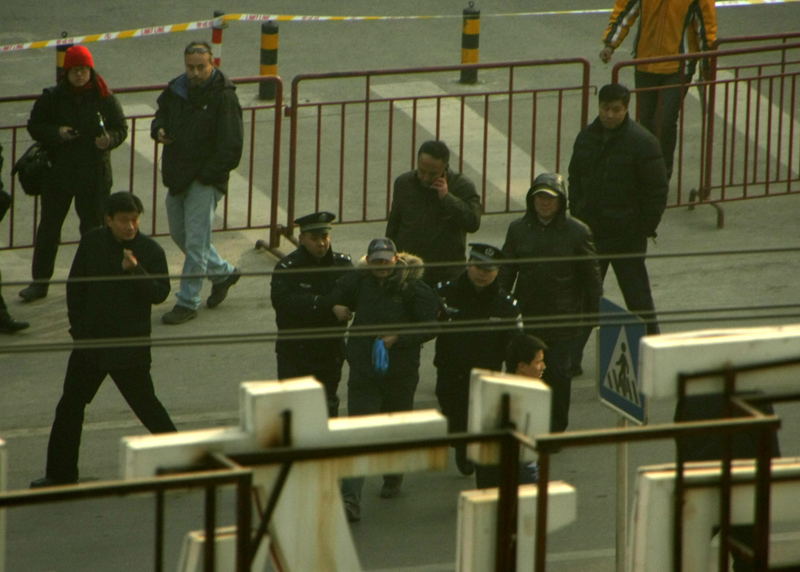 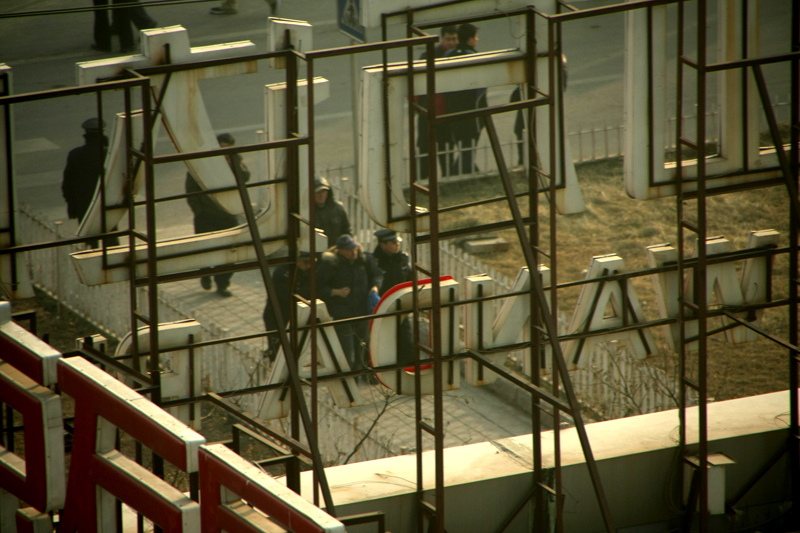 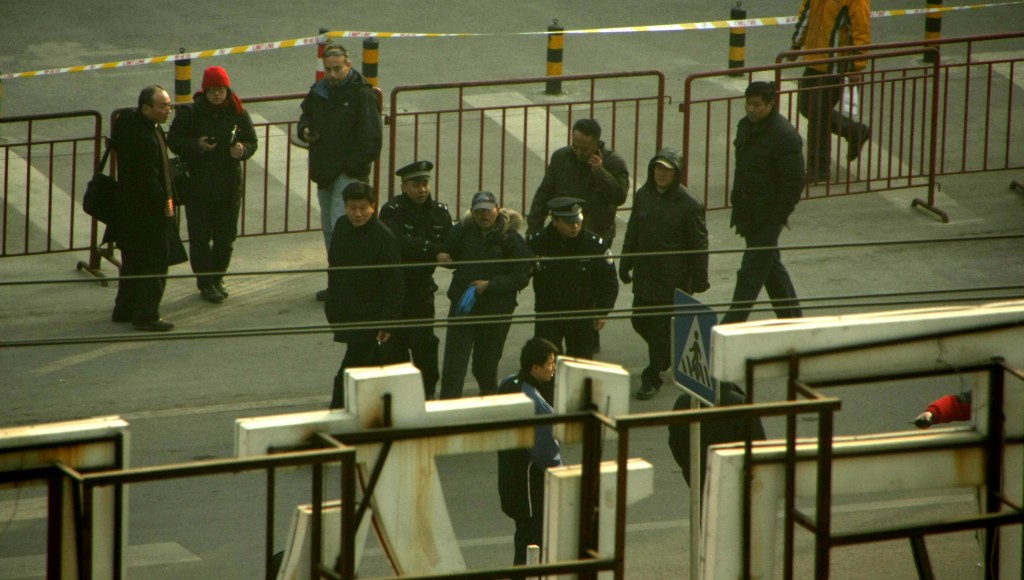 See more photos of those waiting outside the courtroom, from ll367:

The Virtual Academy of the Congressional-Executive Commission on China has more background information on Liu Xiaobo, including links to six of his essays mentioned in his indictment.

Despite the heavy security, about two dozen supporters of Mr. Liu gathered at the courthouse on Wednesday morning stamping their feet against the cold.

Lei Ji, 48, an unemployed meat plant worker and self-described social critic, made an 18-hour train ride to show his solidarity outside the courthouse. He said that he had never met Mr. Liu but that they had exchanged e-mail messages in years past. And yes, he said proudly, he had signed Charter 08.

Then he reached into his fraying leather satchel to reveal a bundle of photocopied manifestos. “I’m not afraid,” he said after handing one to a court official who had stepped outside to look at the scene. “I love China. I just want my country to have freedom and human rights.”

The unblockable Chinese twitterers also started “yellow ribbon campaign” to show their support to Liu Xiaobo, by putting a yellow ribbon on their profile image.

Here are two pictures from the campaign: 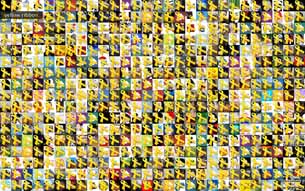 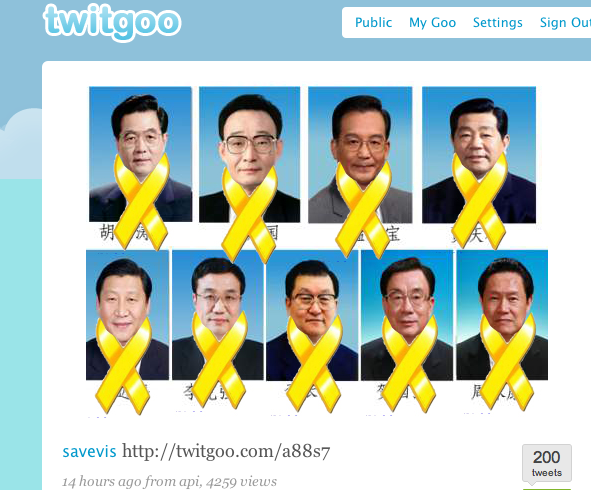