Chinese artist Ai Weiwei has filed a lawsuit against the government, demanding that they release information on how they handled the 2008 Sichuan Earthquake: 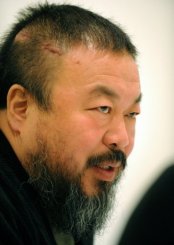 Ai has accused the ministry of failing to respond to his request for information within 15 business days as stipulated by regulations on disclosing government information…It was also not immediately clear if the lawsuit was the first-ever lodged against the government since regulations on government disclosure went into effect on May 1, 2008 — less than two weeks before the quake.

…According to the paper, Ai made a formal request in November 2009 for the government investigation report on the earthquake and a detailed account of the distribution of donated funds and goods used in the rescue and recovery effort.

A Beijing court accepted the lawsuit but has seven days to decide if it will hear the case or throw it out, the paper said.

Ai Weiwei told The Associated Press on Wednesday that he filed a request in November asking the ministry how many buildings fell in the quake, the amount of donations received, the cost of recovery and other details but has yet to receive a response.

China enacted a freedom of information regulation on May 1, 2008, allowing citizens to request information and get a response from the government within 15 to 30 days, but implementation has been slow and uneven… Ai said he sent disclosure requests to about 100 other government agencies and non-governmental groups, many of which have already replied. The ministries of construction and education both responded with similarly worded, short letters that said all the relevant information he asked for was publicly available or not yet approved for release.

The May 12, 2008, earthquake has become a politically sensitive subject because of the large number of school children that died and suspicions that shoddy construction and corruption were partly to blame. The government has been slow to release information that might clear up those suspicions and took nearly a year to issue an official estimate — 5,335 — for the number of students killed.

In related news, Ai Weiwei, Jack Dorsey (founder of Twitter), and Richard McManus (ReadWriteWeb) will hold a discussion on digital activism and positive social change at the Paley Center in New York on March 15, 2010.  It will be streamed live on ReadWriteWeb at 6:30 PM EST.

See also past CDT posts on Ai Weiwei and “The Numbers” project.