This photo shows one of the students who attended Fang Binxing’s now-notorious event yesterday at Wuhan University.  Dr. Fang, the President of Beijing University of Posts and Telecommunications, is known as the Father of the Great Firewall, and was pelted with eggs and shoes by students protesting Internet censorship. Photo taken by @hanunyi, the student who threw an egg and two shoes at Dr. Fang; one shoe hit its target.

The T-shirt the other student is wearing has a poem by Bei Dao:

In an age without heroes

There have been tens of thousands of tweets and micro-blog posts cheering the “Shoe” event.
Here are some samples, translated by CDT:

Fang Binxing, your mother is calling you to come back home to pick up your shoes!

Someone asked what Principal Fang has actually done to deserve such resentment and anger? Answer: those things you cannot do on the Internet, all because of this SOB.

Principal Fang questioned [the host]: Before the lecture, there were already discussions on Twitter about the protest, why did not you take any precautionary measures?

Wuhan University host: We could not open that website, so we did not know what they were talking about.

There two things certain in this world: 1. We will all die, 2. Principal Fang will be hit  by a shoe.

Fang Binxing, you have forgotten to block my shoe!

Principal Fang, next time will be a high heel!! Yunnan Information Daily had a news article about the shoe event yesterday; hours later this article was reposted in over 7000 Chinese domestic sites, including Xinhua, China Youth Daily, China Radio International, Sina.com, Sohu.com, Netease.com and iFeng.com. Those articles were later ordered to be taken down, here are some screenshots of Google searches for those articles. 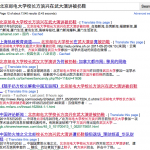 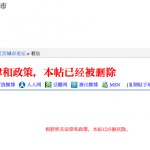 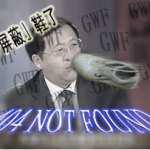 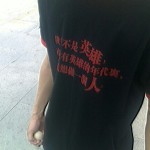 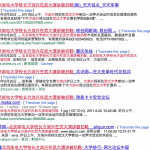 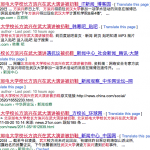 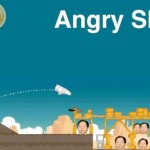 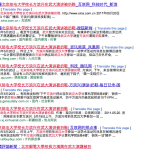 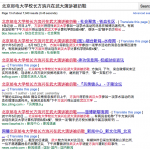 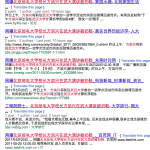 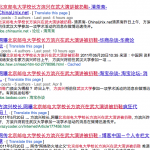 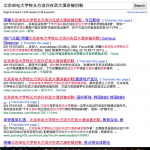 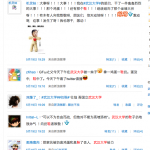 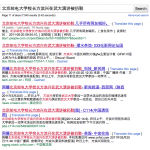 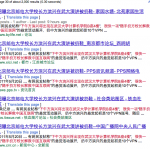 Parent of the Week: Father of the Great Firewall

Father of the Great Firewall Retires

Zhang Xiang: A Reply Letter to the Domestic Security Department

Man Behind ‘Great Firewall of China’ Pelted with Eggs

Fang Binxing To College Graduates: “Meld Your Own Growth With The Progress of Your Country”