Parent of the Week: Father of the Great Firewall 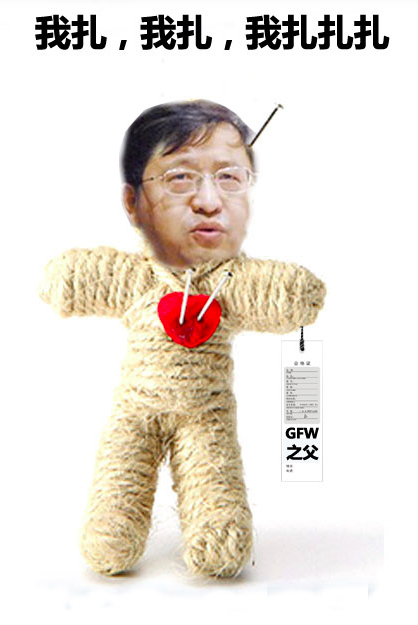 The new Lexicon home page lets you browse by categories like Party and State, Society and Culture, and Resistance Discourse. It’s easier than ever to discover new words and learn the meaning behind them. We welcome reader feedback on the redesign.

Father of the Great Firewall 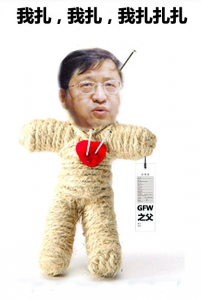 Fang Binxing, main architect of the Great Firewall of China.

Fang Binxing played a key role in the development of the “Great Firewall,” the national internet filter that blocks certain foreign websites and webpages from the view of Chinese netizens. (Netizens usually abbreviate “Great Firewall” as “GFW.”) Angry internet users have thrown eggs and shoes at Fang. When he opened a Weibo account in 2010, Fang was “welcomed” with a stream of curses. “Fuck you 404 times,” one user wrote.

The “Father of the GFW” himself has admitted to using VPNs to circumvent the very filter he created. Fang even found himself forced to scale the wall while giving a lecture at the Harbin Institute of Technology in April 2016.

Fang stepped down as president of the Beijing University of Posts and Telecommunications in 2013 due to illness, though he continues his involvement in China’s internet control. In March 2016 he was elected as head of the newly formed Cyber Security Association of China, an industry group whose members include China’s biggest internet and telecom companies. This week, Fang and cyberspace czar Lu Wei went to Moscow to speak about “internet sovereignty.”

Correction: An earlier version of this post erroneously referred to the Great Firewall as the Golden Shield Project.