Batman vs. Guard in a Military Coat

After the “Dark Knight” actor Christian Bale attempted to visit activist Chen Guangcheng on December 15, one of the security guards in CNN’s video clip who blocked and attacked Bale has become a popular Internet meme in China. And since the guard was wearing a green military-style coat, Chinese netizens have named the incident “A Great Battle between Batman and the Guard in Military Coat” (蝙蝠侠大战军大衣).

The following screenshot taken from CNN’s video clip shows what the guard looks like: 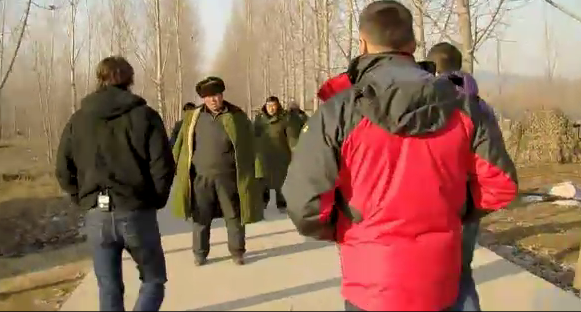 And below are some examples of the meme:

(“Let there be light” is one of the “Free Chen Guangcheng” campaign slogans.) 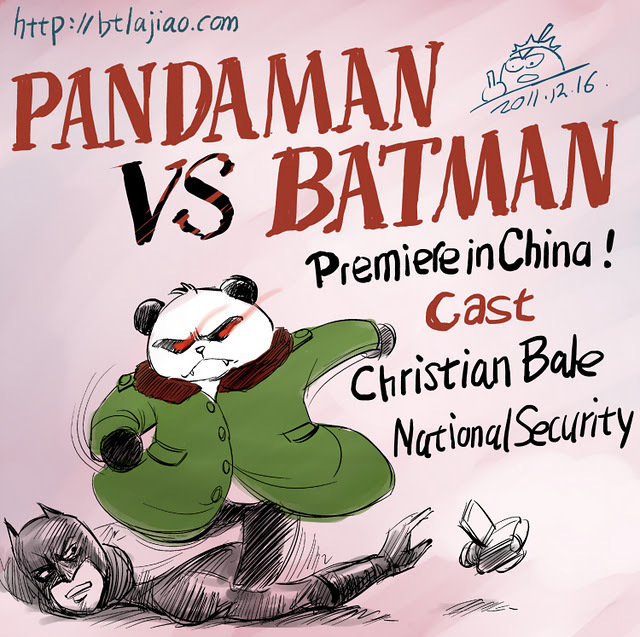 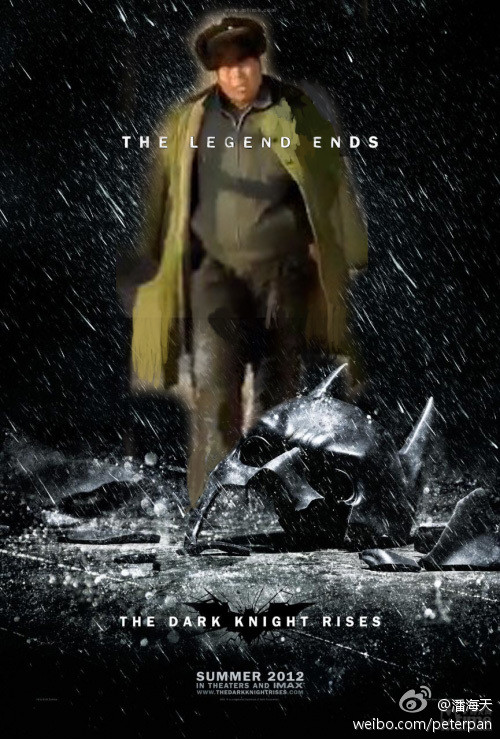 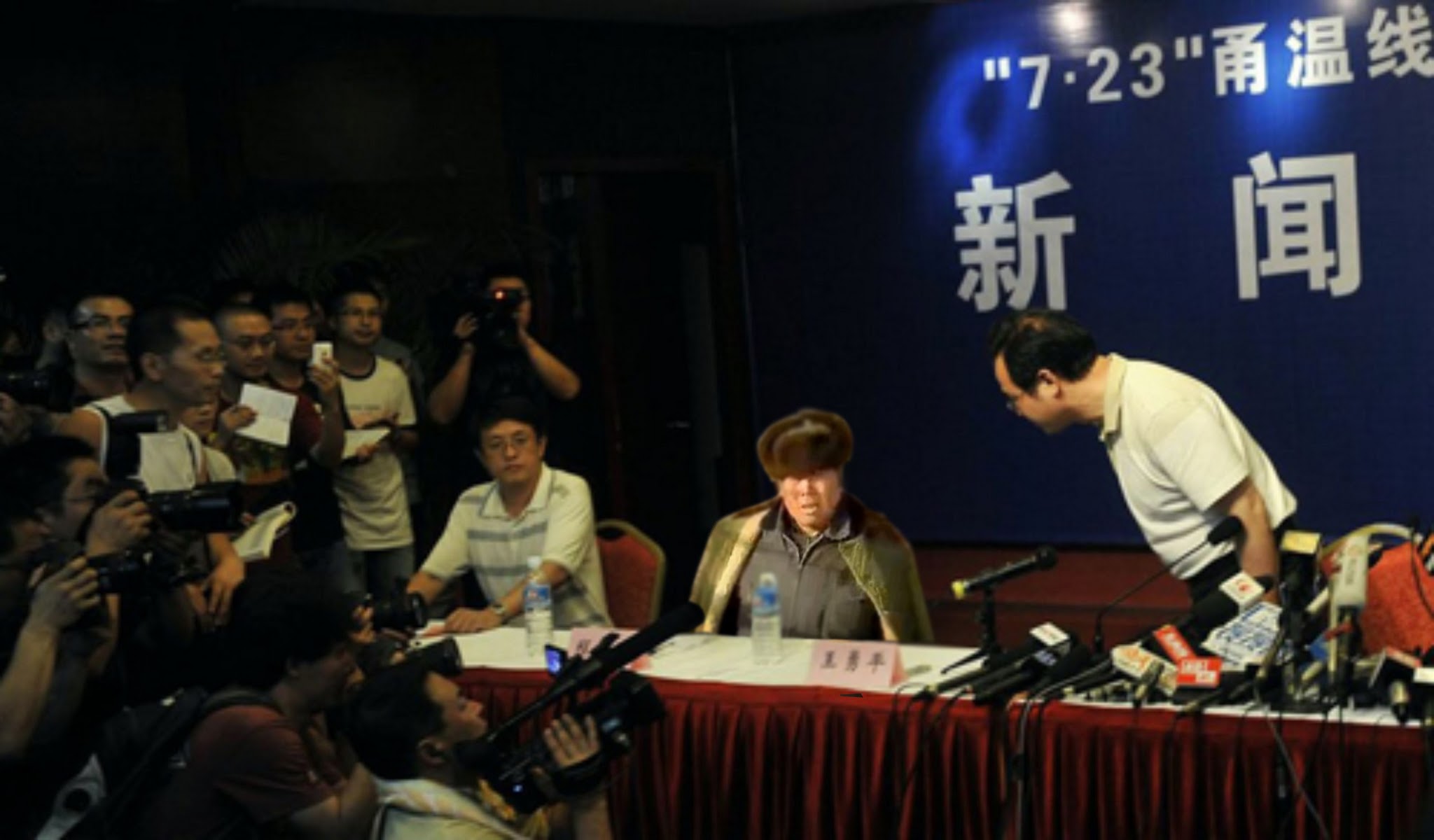 (Above is a photo of the first news conference held by the Ministry of Railways after the deadly Wenzhou Hi-speed train crash. Wang Yongpin, the former Railway Ministry spokesman, is on the right.) 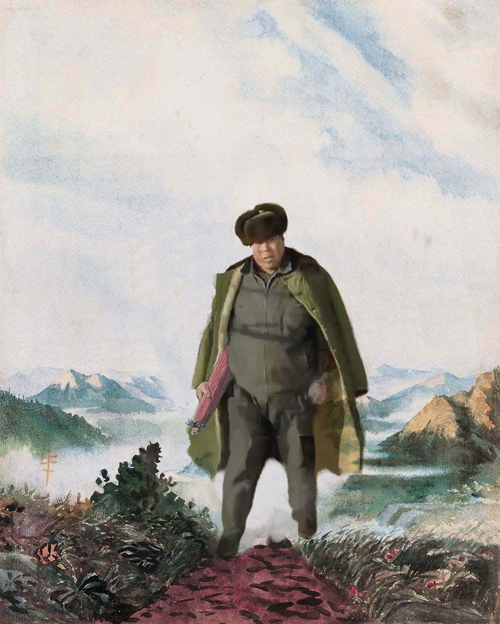 (The photo above shows a news conference held for a fatal school bus crash in Jiangsu province on December 12–less than two month after the Gansu preschool bus crash that killed 18 kids and 2 staff. ) 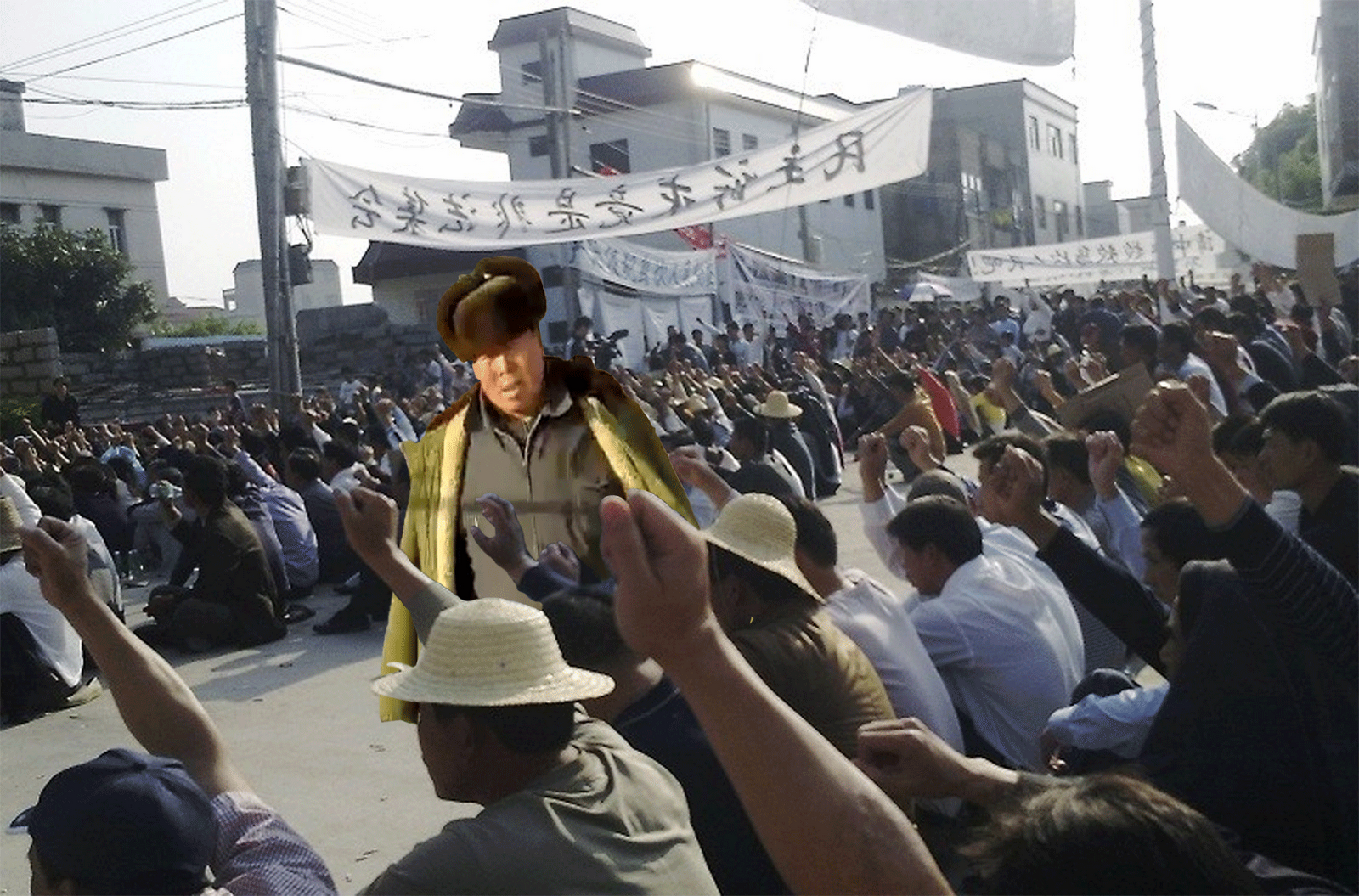 (A photo of  Wukan protest) 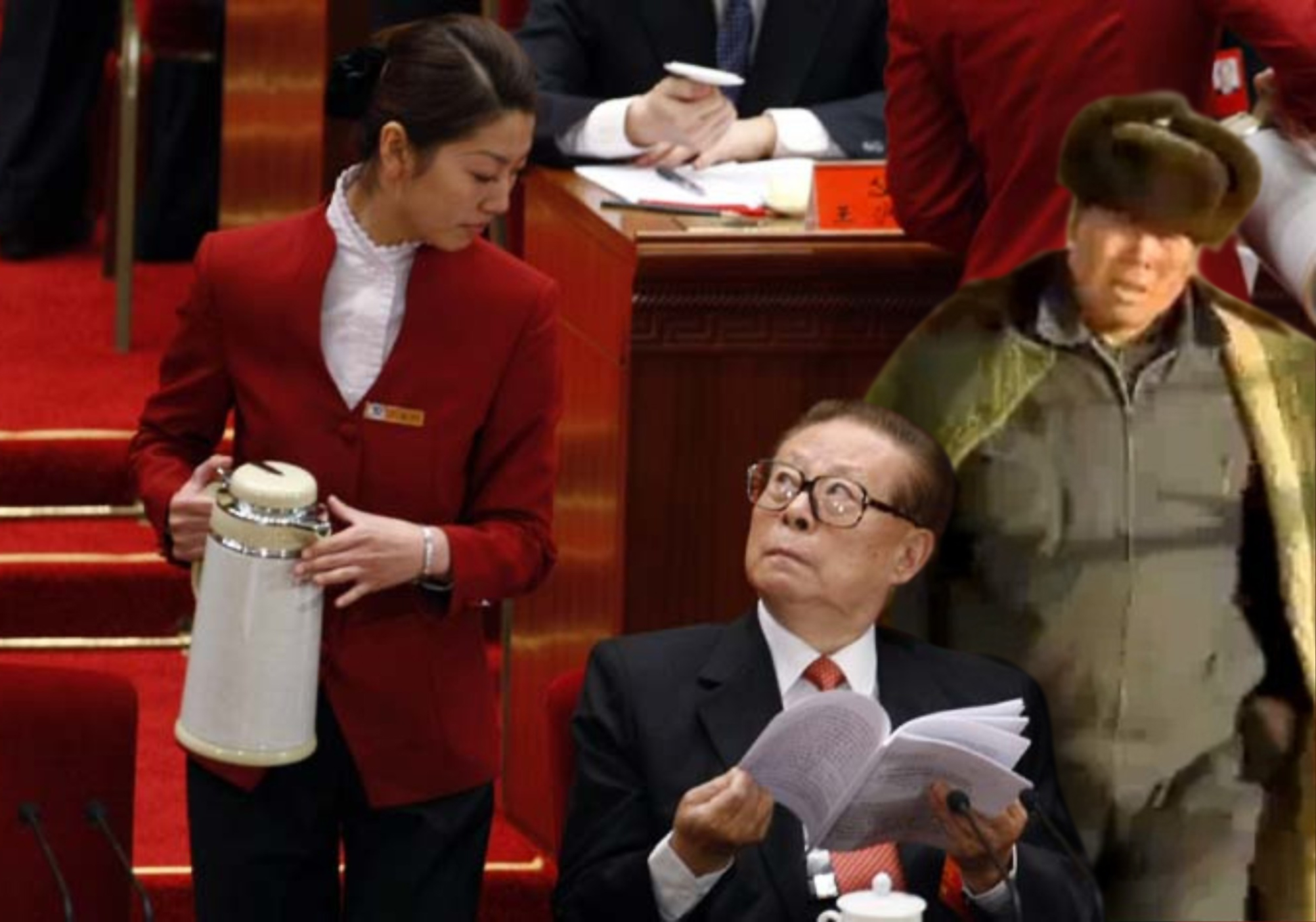 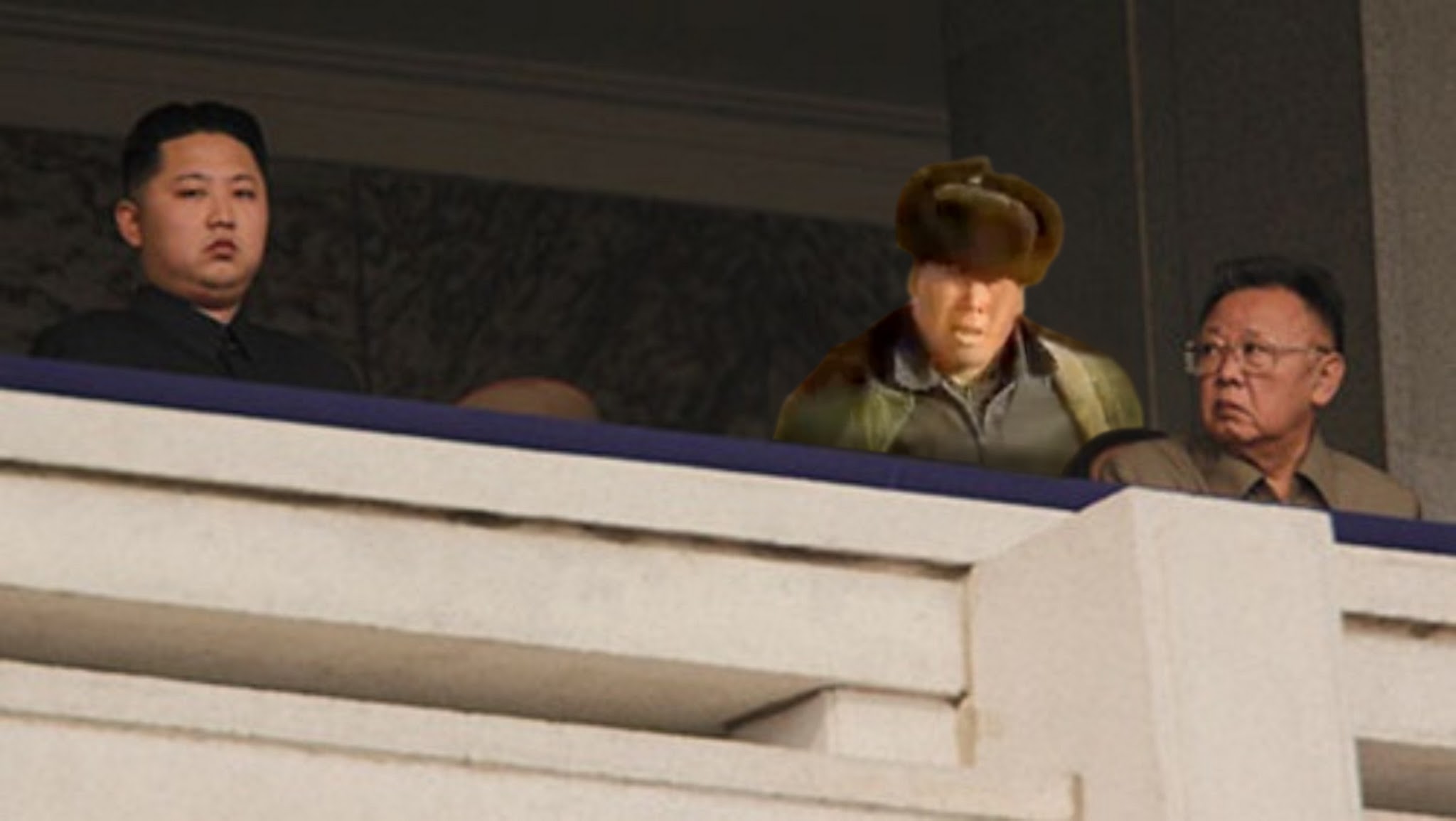 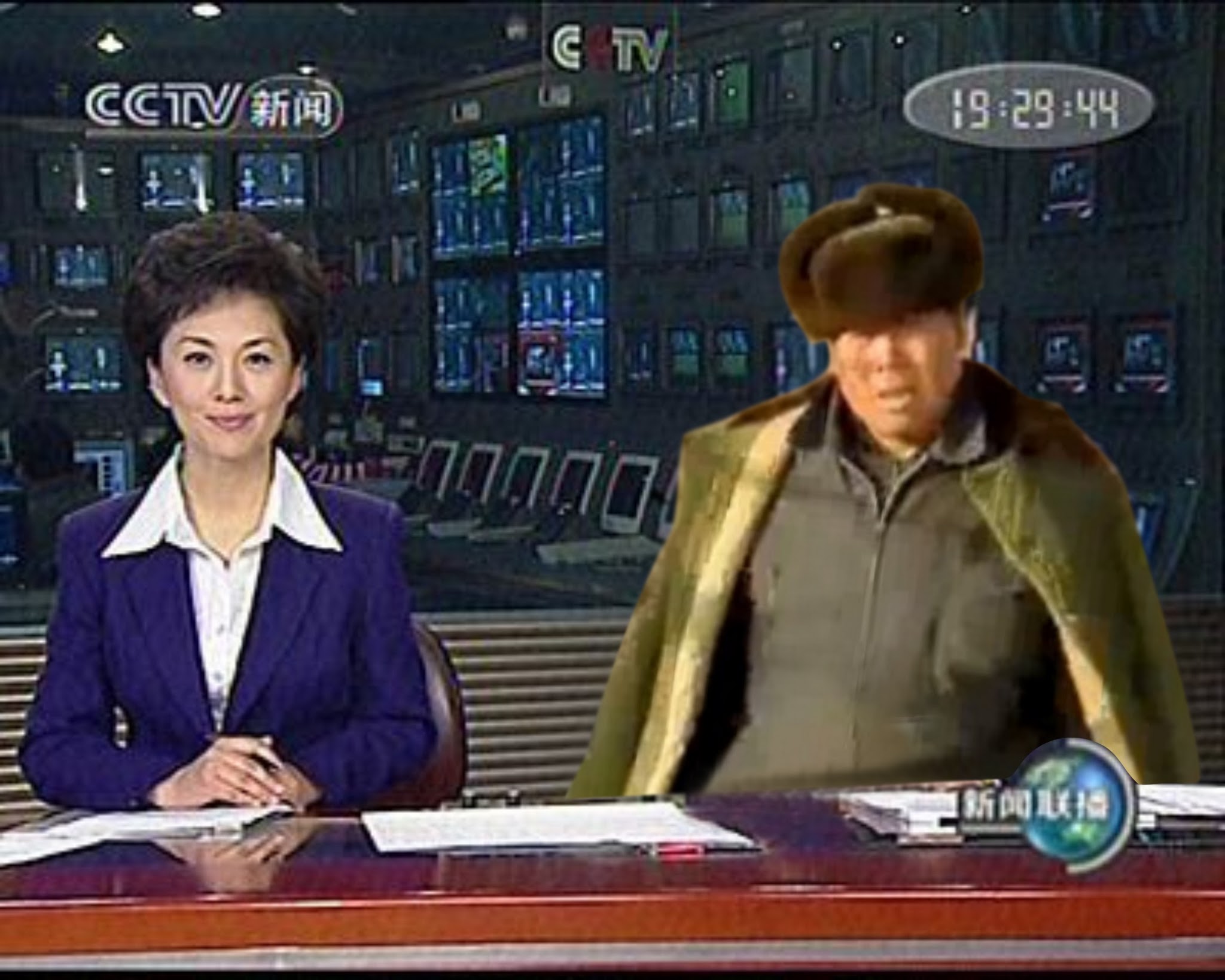 (Lu Xingyu, holding the pink poster on the right, is a second-generation rich and she is in charge of a charity called “China-Africa Project Hope.” A scandal had broke up since netizens started to question the legitimacy of the organization.)

(A township official was dismissed after he suddenly hugged Song Zuying (on the left) while she was performing on the stage. There was a heated debate among netizens over whether the dismissal was reasonable.)