A Woman Devoted to Harmony 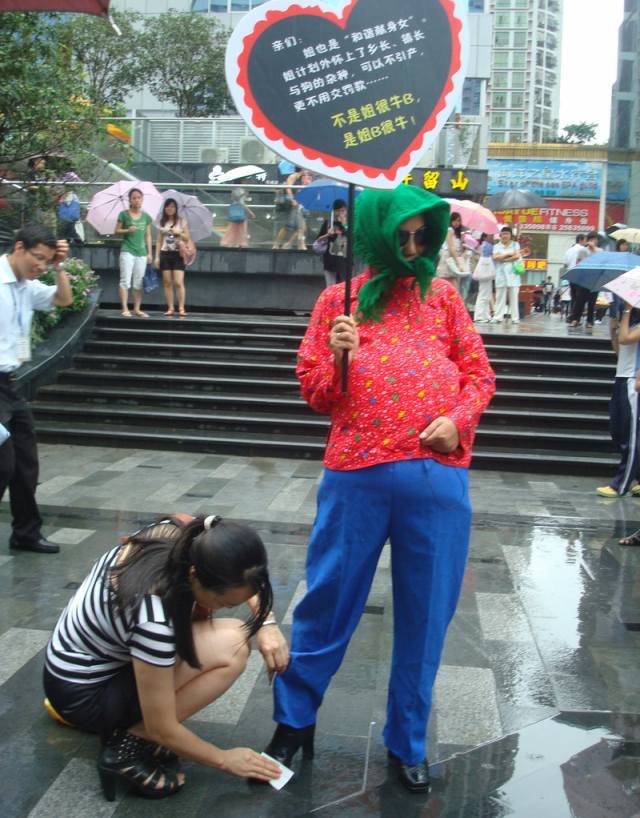 On June 16 at 4 p.m., the F exit to the Great Theater subway stop in Shenzhen was graced with a “black humor” performance. Mocking the national response to the Shaanxi woman whose seven-month pregnancy was forcibly ended, a woman dressed as a pregnant village girl, “showing off” her belly and holding up a shocking sign: 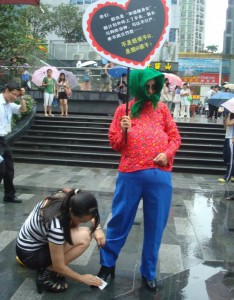 “Dearies, I am also a ‘woman devoted to harmony.’ Beyond the one child I’m allowed under law, I brought the bastards of the village head, the mayor and the dog into this world. No need to make me abort, and no need to fine me… Don’t blame me, blame my coochie!”

Hordes of people gathered around her and took pictures. Some even stooped to shine her shoes as a show of “respect.”