Word of the Week: Surround and Watch 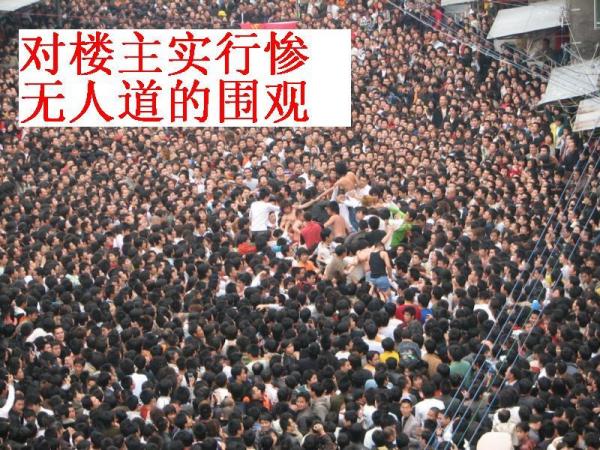 “People are cruelly and inhumanely surrounding and watching the 楼主 lóuzhǔ.”

When someone has done or said something unusual, netizens (and sometimes people in real life) call for a crowd to come “surround and watch.”

Examples of surrounding and watching:

“Surround and watch” also implies that an occurrence is receiving public scrutiny. The 2010 Southern Weekend article “Scrutiny is Power: How ‘Surrounding and Watching’ Has Changed China” (关注就是力量–围观改变中国) popularized this sense of the term. Columnist Laughing Silkworm writes, “What’s important was that public scrutiny was effective. They could no longer view it as being immaterial—they had to respond to the public scrutiny” (重要的是，围观起作用了，他们不能再视围观为无物，他们必须回应围观).