For the latest installment in his CDT series, cartoonist Crazy Crab of Hexie Farm depicts disgraced former Chongqing Party Secretary Bo Xilai walking the plank at the behest of his former Politburo colleagues, shown here as pirates. One leader, an ally of Bo’s, murmurs goodbye to him in a subtle and dissenting show of support. Bo’s mouth is sealed, indicating the coming trial for various crimes. The incoming President, Xi Jinping, who disappeared from public view for two weeks after suffering alleged back pain, is shown with knives in his back, a sign of a heated political struggle. The ship used to end Bo’s political career is called Harmony, which has appeared in previous Hexie Farm cartoons.

Walking the Plank, by Crazy Crab for CDT: 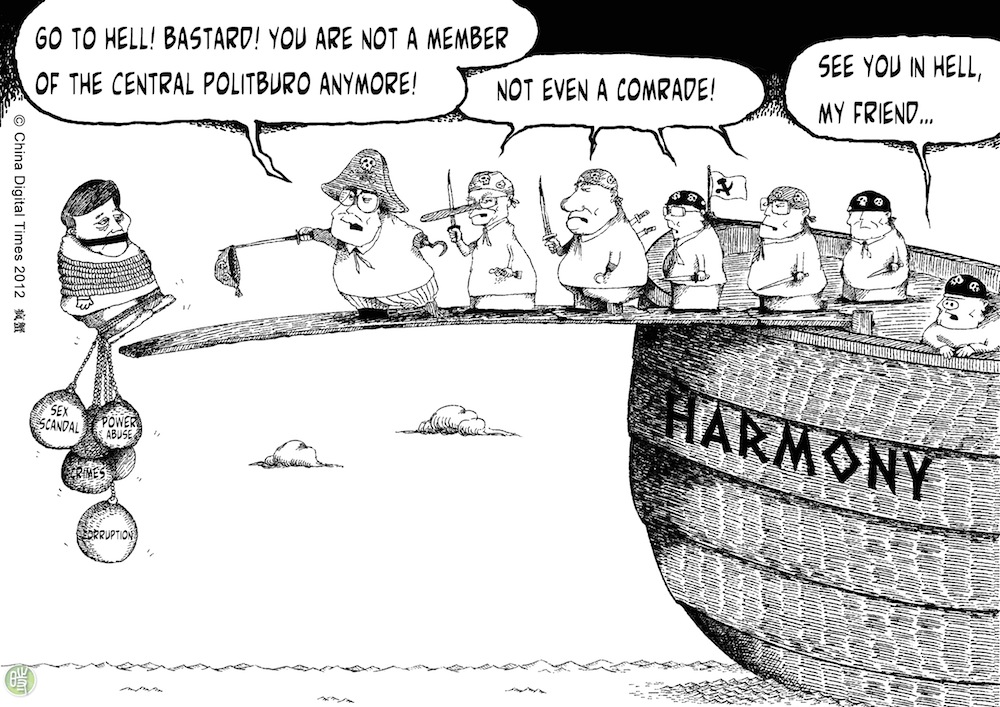