Ministry of Truth: Dispatch from Guangdong 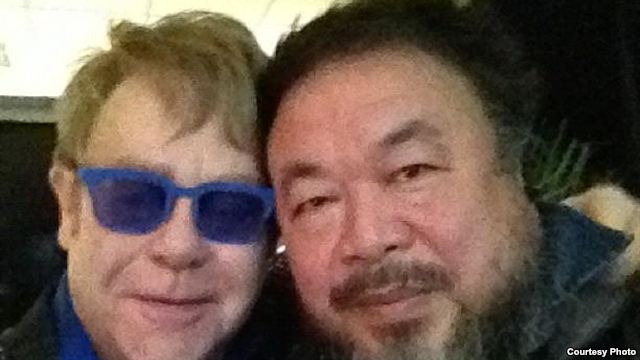 Elton John dedicated his Beijing concert to Ai Weiwei. News of a repeat performance in Guangdong was quashed.

Guangdong Propaganda Department: On November 30, the Public Security Bureau of Xiangqiao District, Chaozhou City investigated and prosecuted, according to the law, the case of an assembled crowd stirring up trouble and distorting social order. For the time being, do not report on related issues. (December 4, 2012)

Guangdong Propaganda Department: Regarding follow-up reporting on the protests of universities near the Baiyun Mountain Tunnel, carry the information issued by authoritative bureaus of the Guangzhou government. Do not play up the story. (December 4, 2012)

Students protested the planned construction of the tunnel, which would cut underneath the campus of the Guangdong University of Foreign Studies [zh].

Guangdong Propaganda Department: Do not report or comment on the questions asked by a journalist directed at Internet monitoring issues at the December 4 Shenzhen Internet Association news conference. (December 4, 2012)

Guangdong Propaganda Department: Do not independently investigate, report, or comment on the series of corruption cases in Maoming, with the exception of those which are arranged unified manner. (December 5, 2012)

Guangdong Propaganda Department: Without exception, do not report on anything related to British singer Elton John’s concert in Guangzhou tonight. (December 6, 2012)

Guangdong Propaganda Department: In reporting on the handover of work among important provincial Party Committee leaders, follow strictly and without exception Xinhua and provincial committee office wire copy (do not change titles or content). Do not produce any other reports or commentary except for the wire copy. (December 19, 2012)

These censorship instructions, issued to the media and/or Internet companies by various central (and sometimes local) government authorities, have been leaked and distributed online. Chinese journalists and bloggers often refer to those instructions as “Directives from the Ministry of Truth.” CDT has collected the selections we translate here from a variety of sources and has checked them against official Chinese media reports to confirm their implementation.