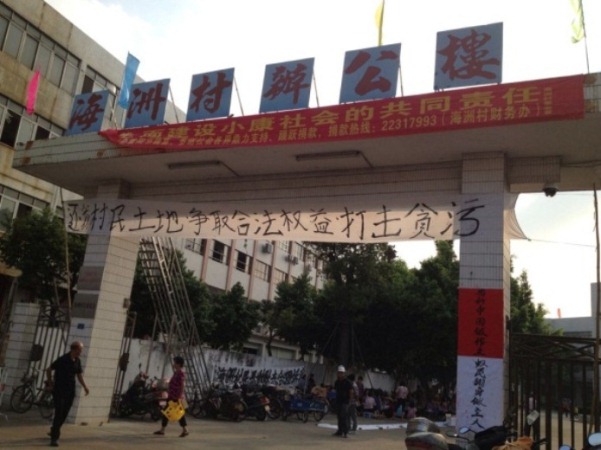 Guangdong Propaganda Department: Do not republish or comment on the China Business Journal report [zh] which states that Guangdong has chosen Hengqin, Nansha, and Shixing as the locations for a pilot program for the public disclosure of officials’ personal finances. Do not produce reports on related content. (December 11, 2012)

Guangdong Propaganda Department: With regards to the issue of of some of the masses assembling in Haizhou Village, Gu Township, Zhongshan City, except for what has been planned in concert, all media are without exception not to investigate or report without authorization. (December 12, 2012)

According to a December 12 post on the BBS forum Tianya [zh], Haizhou villagers have been staging a sit-in in front of the local government building for several months to push for a thorough investigation into the disappearance of 3 billion yuan in compensation funds for the construction of a highway on their land. Local Party secretary Yuan Songfang apparently committed suicide by jumping off a building on the 12th. He was recently suspended from his post in the on-going investigation. Protests were ongoing as of the 12th.