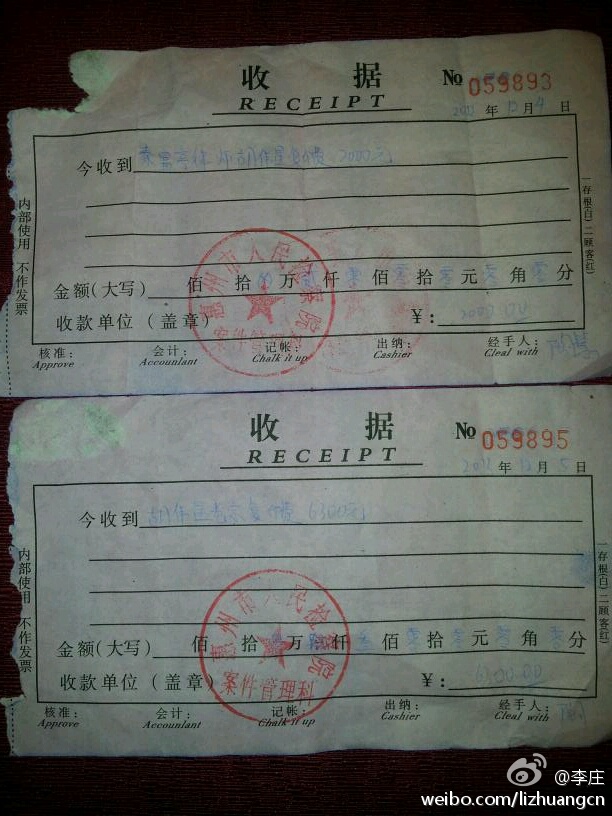 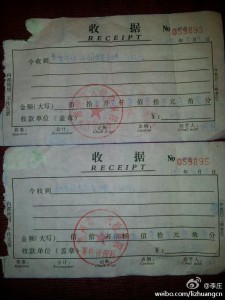 Central Propaganda Department: The Beijing-Guangzhou high-speed railway opens on December 26. Related reports must give this positive publicity. Do not produce negative reports or commentary. (December 25, 2012)

Central Propaganda Department: With regards to additives in children’s food products, unify reporting in accordance with the information issued by authoritative bureaus. Do not follow your whim and quote rumors or news from other sources. (December 25, 2012)

Central Propaganda Department: No media are to republish, report, or comment on the contents of a report on eight provincial Party secretaries who have been eliminated over the past four years. (December 25, 2012)

Caixin published this report on these eight former provincial Party secretaries and vice-secretaries, including a chart listing their criminal convictions and sentences [zh], on December 21. The chart names Wu Zhiming of Jiangxi Province, Peng Yong of Hubei, Bai Zhiming of Inner Mongolia, Xie Pengfei of Guangdong, and Zhang Zezhong of Shandong, all former vice-secretaries; and Zhang Wanqing of Shandong, Chen Shaoyong of Fujian, and Feng Shunqiao of Zhejiang, all former secretary-generals.

Central Propaganda Department: The media are not to republish or comment on reports by certain media outlets on the recent sale of houses at reduced prices by employees of government agencies in Guangdong and Jiangsu provinces. (December 25, 2012)

Central Propaganda Department: Firmly control the type and degree of reporting about Christmas. Do not make it too prominent in your layout plans. (December 25, 2012)

Guangdong Propaganda Department: Use wire copy provided by the Railway Ministry as the standard when reporting on the adjustment of ticket prices on the Guangzhou-Zhuhai Intercity Railway and related issues. Strengthen positive guidance. Do not produce reports or commentary of a questioning nature. (December 25, 2012)

Central Propaganda Department: When covering the kindergarten bus accident in Guixi, Jiangxi, follow Xinhua wire copy and downplay the story. Do not put the news on the front page or lure readers to it. (December 25, 2012)

Central Propaganda Department: Use statements issued by Xinhua and authoritative bodies as the standard for information related to individuals and their families at the vice-provincial level and above. Do not directly quote from Internet sources or other media. (December 25, 2012)

On December 24, lawyer Li Zhuang wrote on Weibo [zh] that the Huizhou procuratorate and court charged him a total of 292,400 RMB (US$46,897) for copies he had made of his clients’ dossiers for a case involving 34 defendants. “In the whole nation, how many lawyers gouged like this?” he lamented. The story appeared in state-run media by December 26.