The death toll from Saturday’s earthquake in Sichuan Province has reached at least 192. Over 12,000 are also injured in the mountainous areas in and around Ya’an, the city closest to the epicenter of the quake. While Prime Minister Li Keqiang has made his presence on the ground known, many victims are complaining that they aren’t getting the help they need. South China Morning Post reports that people left stranded are turning to protests. Meanwhile, some netizens are discussing the role dams and reservoirs play in causing seismic activity.

The following weibo, all of which have been deleted, were selected by CDT Chinese editors from FreeWeibo. A number of the people whose posts were deleted as Weibo “celebrities” with tens of thousands, if not hundreds of thousands, of followers.

V微动力: Reporters went to Longmen Township, less than 20 km from Lushan County [the epicenter of the earthquake], which suffered severe damage. In almost every village, there are victims blocking the road and holding signs in protest. Some villagers say government rescue troops are only focused on Lushan County, where Prime Minister Li Keqiang dispatched materials. They also claim that when the media are present, the Red Cross dispatches relief supplies by the truckload. Once the reporters leave, they leave, too. (Apple Daily)

何兵: 【Earthquake Forecasting: Science or Myth?】 Li Youcai, former leader of the forecast team at the Sichuan Province Earthquake Bureau, firmly opposed the construction of the Zipingpu Reservoir. He thought that building a reservoir on the earthquake belt was like hanging a basin of water over Chengdu. At the end of 2007, he predicted that the Wenchuan region would undergo a major earthquake. He submitted his research to various agencies, all in vein. He had to directly persuade the staff at the Zipingpu Reservoir to release water. They were convinced and decreased the water stored from 120 million cubic meters to 30 million cubic meters. Shortly after that, a severe earthquake hit Sichuan. Chengdu was fortunate to survive. He showed me the related official documents. 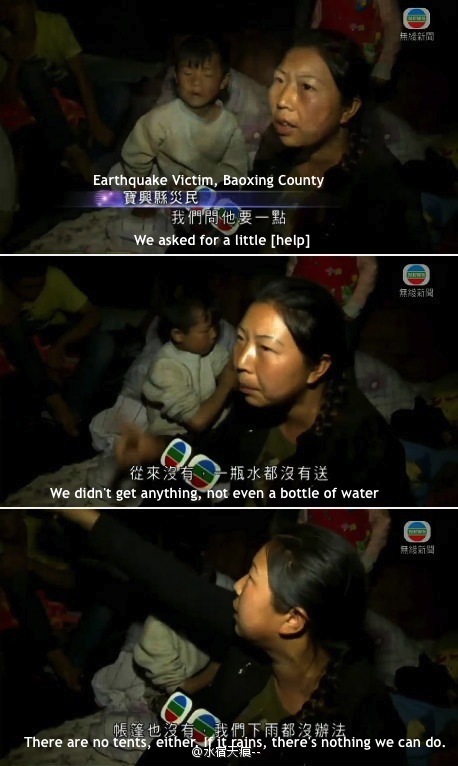 1. The “golden rescue period” is 72 hours after the earthquake.

2. Many places in the disaster area are still isolated; rescue team pushed forward 3 km in 4 hours.

1. Are there paratroopers in China?

2. Could we send more helicopters? 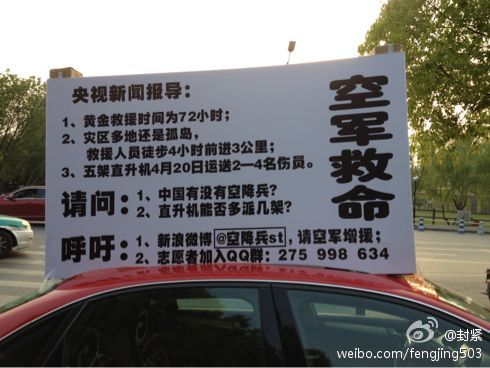 Chilanbagh: 【Internet Selection】Tibetans blocked on the way to join rescue work: (Woeser) Once they learned that an earthquake had struck Ya’an, many Tibetans in Chengdu, including Rinpoche (Tulku), Khenpo Lama, and ordinary monks, hurried to the disaster area that morning to help. Regrettably, they were blocked on their way and banned from joining the rescue. Some Tibetan monks tried other routes, but were all blocked. By nightfall, they had to give up. 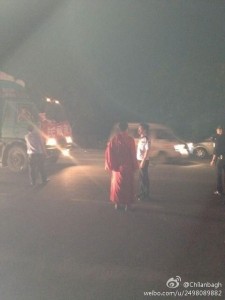 Quartz reports on the science behind dams causing earthquakes in Quartz, while Tea Leaf Nation has more on the social media reaction to the quake.

Stay up to date on the situation in Sichuan through CDT.