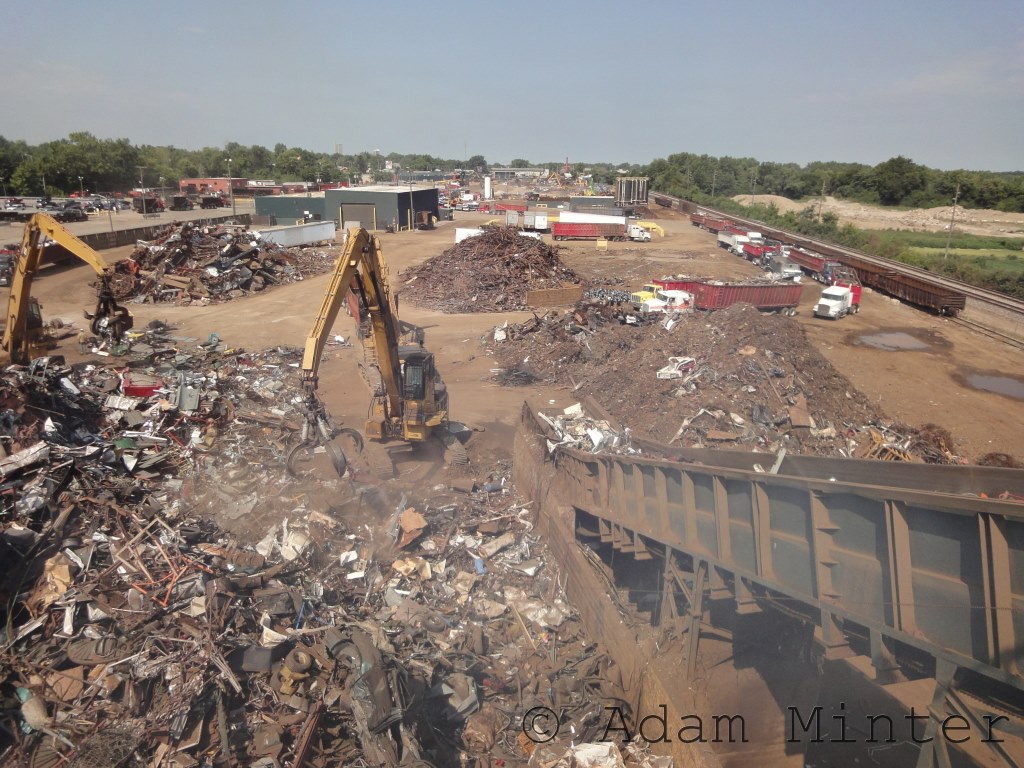 Bloomberg Businessweek has published a lengthy excerpt from contributor Adam Minter’s forthcoming book Junkyard Planet: Travels in the Billion-Dollar Trash Trade, profiling a Chinese scrap metal trader’s travels across the U.S. turning discarded copper into profit for himself and fuel for China’s development:

Zeng is one Chinese trader, in one rental car, traveling across the U.S. in search of scrap metal. By his estimate, there are at least 100 other Chinese traders like him driving from scrap yard to scrap yard, right now, in search of what Americans won’t or can’t be bothered to recycle. His favorite product: wires, cables, and other kinds of copper.

It’s an essential trade. In 2012, China accounted for 43.1 percent of all global copper demand, or more than five times the amount acquired by the U.S. that same year. A modern economy can’t grow without copper. One way to get that metal is to dig holes in the ground; the other is from scrap. Since the mid-1990s, China has taken both approaches, with scrap accounting for more than half of all Chinese copper production every year (peaking at 74 percent in 2000). Because China is still a developing economy, it doesn’t throw away enough stuff to be self-sufficient. Thus, for the last decade it’s imported more than 70 percent of the scrap copper it uses. Meanwhile, the U.S., which throws away far more scrap metal than it can ever use, has become the world’s most attractive market for the savvy Chinese buyer.

[…]For Americans who care about recycling and preserving resources, the most important thing to know about low-grade scrap is this: It’d end up in a landfill if it weren’t exported. Demand for copper in the U.S. is too low, and labor is too expensive, to be worth any scrap yard’s time. […] [Source]

For photos and posts from Minter’s coverage of global recycling, see his Shanghai Scrap blog.