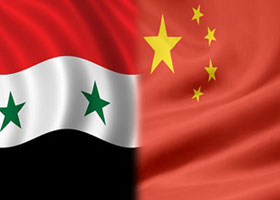 China’s foreign minister urged a “political resolution” to the conflict in Syria on Monday, according to Reuters, and said China backs an independent U.N. investigation into the alleged use of chemicals weapons by the Assad regime:

“China supports the U.N.’s secretariat to, in accordance with relevant U.N. resolutions, open an independent, objective, fair and professional investigation, to find out what really happened as soon as possible,” Wang said.

U.N. inspectors left central Damascus on Monday to investigate sites of an alleged chemical weapons strike on the outskirts of the Syrian capital, after calls from Western powers for military action to punish what may be the world’s worst chemical attack in 25 years. [Source]