Chinese Students Flock To US, But Not For Long 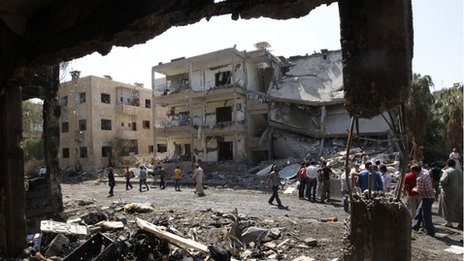 The New York Times reports that more than 100,000 Chinese students seeking an academic edge spent the summer in the United States, a trend which has made poorer families “jealous”:

But concerns about the programs’ cost, far beyond the means of most Chinese families, and their effectiveness have been the focus of a sharp national discussion since the crash of Asiana Flight 214 in San Francisco last month. About 70 Chinese students headed for American summer camps were aboard, and three were killed. The news elicited sympathy, of course, but also admiration for families who had saved enough to send their children abroad.It also stirred questions about why young Chinese must go overseas to study and — in a nation incensed by corruption and a widening wealth gap — about whose children can enjoy such expensive opportunities.“It’s a privilege reserved for the wealthy, or at least for families above middle class,” said Zhang Yang, who has a master’s degree in education from Harvard and is the director of the overseas education department of the EIC Group, an education agency in Beijing. “I don’t think these study-abroad tours are things ordinary families can afford.[Source]

However, the Wall Street Journal's Wei Gu reports that the trend is beginning to change as talented Chinese students opt to study at home due to better options, safety concerns about living in the U.S., and changing demographics:

For years, China has been the world's biggest exporter of students. The number of Chinese students leaving for overseas study has been growing at more than 20% a year over the past few years, according to official estimates. In 2012, one of every six of the world's international students came from China, according to the United Nations Educational, Scientific and Cultural Organization.

Most of that is simply the result of changing demographics. In China, the number of people aged 18 to 22 will fall by 40 million in the next 10 years, according to China's Ministry of Education.[Source]