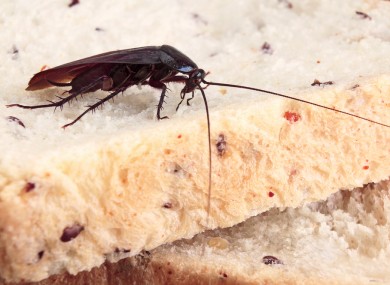 At least one million cockroaches escaped a farm in Jiangsu province earlier this month after someone destroyed the greenhouse where the owner was breeding them for use in traditional medicine, according to local media. From AFP:

The cockroaches fled the facility in Dafeng, in the eastern province of Jiangsu, for surrounding cornfields earlier this month after an “unknown perpetrator” destroyed the plastic greenhouse where they were raised, the Modern Express newspaper said.

Disease control authorities have sent five investigators to the area to come up with a plan to stamp out the insects.

The state-run Global Times reported that locals officials in Dafeng eased the concerns of residents that the cockroaches would damage their crops or spread disease.